They asserted that the statement “2 plus 2 equals 4” is rooted in Western definitions of mathematics.

Math professors and academics at top universities, including Harvard and the University of Illinois, discussed the “Eurocentric” roots of American mathematics on Twitter.

Math professors and educators at leading American universities have taken to Twitter in order to debate whether math is racist.

Some asserted that objective mathematics is rooted in “white supremacist patriarchy” and white social constructs.

The debate itself was rooted in George Orwell’s dystopian novel 1984, in which citizens of a fictional totalitarian state believe that 2 plus 2 equals 5 as a result of government propaganda.

Laurie Rubel, who teaches math education at Brooklyn College, says that the idea of math being culturally neutral is a "myth," and that asking whether 2 plus 2 equals 4 "reeks of white supremacist patriarchy."

“Y’all must know that the idea that math is objective or neutral IS A MYTH,” she tweeted.

[RELATED: Math is 'unjust and grounded in discrimination,' educators moan]

Rochelle Gutierrez, who teaches “Sociopolitical Perspectives on Mathematics and Science Education” at the University of Illinois, responded to a tweet from a former educator claiming that the U.S. "colonizes" math.

"By now it is well known, for example, that other cultures were using the theorem we call Pythagorean, yet we still refer to it with this name. This is colonization and erasure," the tweet from the former educator read.

Gutierrez responded with, "YES! This attends to the Cultures/Histories dimension of RM (addressing Western/Eurocentric maths). And, we also want to attend to the Living Practice dimension (which is more about imagining a version that builds upon ancestral knowings, but does not yet exist)." 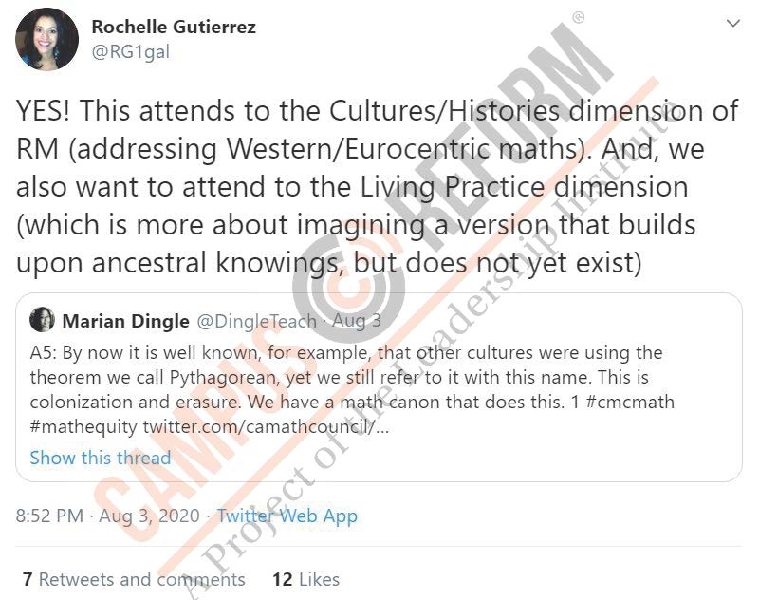 Kareem Carr, a Ph.D. student at Harvard University, weighed in with, "People say it's subjectivism to ask if math is Western. I don't get that. It's an objective fact that some groups were more involved in the creation of modern math than others. They may have been *trying* to make it objective but it's not stupid to ask if they actually succeeded!" 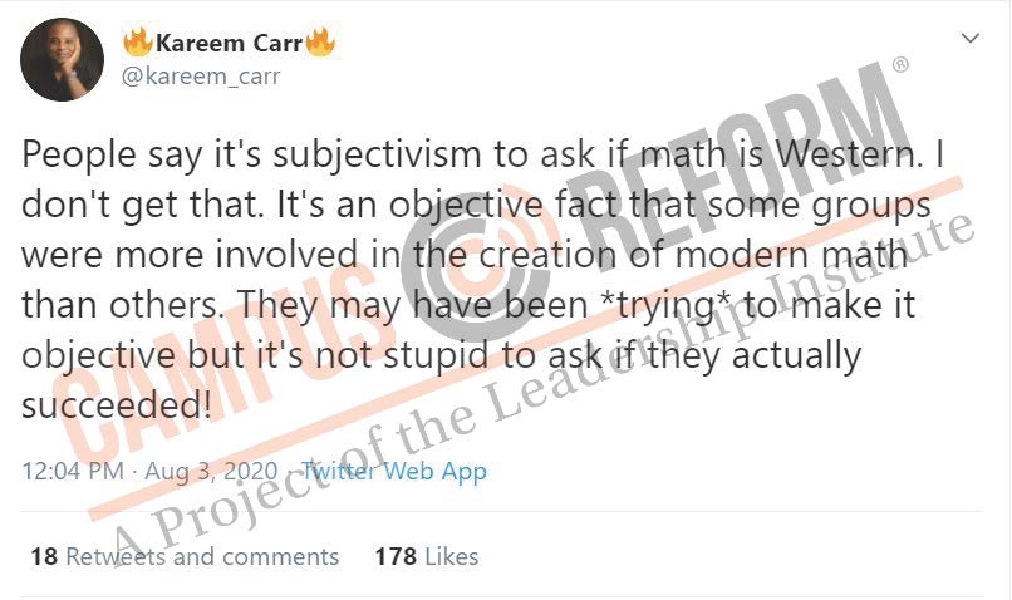