The department is investigating whether the universities failed to disclose foreign gifts, including from China.

The Department of Education announced a federal investigation into Stanford and Fordham Universities.

The U.S. Department of Education has officially opened federal investigations into Fordham University and Stanford University.

The investigations are focused specifically on examining the universities’ disclosure of receipts of gifts from foreign countries, including China. In a letter notifying Fordham of the investigation, the Department of Education referenced the university’s “extensive presence abroad, much of which it appears to facilitate through its School of Business’s Global Finance Collaboration Program.”

In regards to its relationship with one Chinese university, Fordham claims that it is the “first joint international MBA program in Beijing approved by the Chinese government.”

Having reviewed records, the Department of Education found that Fordham has divulged just two relevant gifts since 1986.

[RELATED: Republican lawmakers to universities: Show us your foreign funding]

A spokesperson for the Department of Education’s Office of the General Counsel told Campus Reform that Fordham’s past compliance with federal financial regulations appears problematic.

A similar letter was also sent to Stanford University, citing the university’s “extensive business interests in and very deep entanglements with the PRC.” Previous reports have shown that “Stanford has reported more than $64 million in unidentified, anonymous gifts and contracts from and with the PRC since May 2010.”

The Department of Education says it is concerned about further potential gifts and contracts that may not have been formally reported.

In the letter, the department also referenced the federal charges brought against Song Chen, a visiting Stanford researcher, in July. The researcher was charged with visa fraud, and she is believed to have ties to the People’s Liberation Army of China.

Because Song was given significant access to ground-breaking neurological research, the department has also expressed concerns over the national security implications of information she may have shared with the PRC.

The investigations follow a recent campaign by the Department of Education to reveal previously undisclosed foreign gifts received by American universities.

Stanford University and Fordham University did not respond to multiple requests for comment from Campus Reform in time for publication. 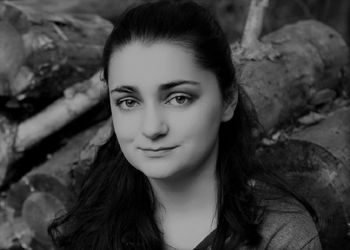