He also quoted Karl Marx while responding to the death of the late Ruth Bader Ginsburg.

A University of Virginia instructor said that Americans need to "actively topple the government" if the "worst-case scenario" happens. 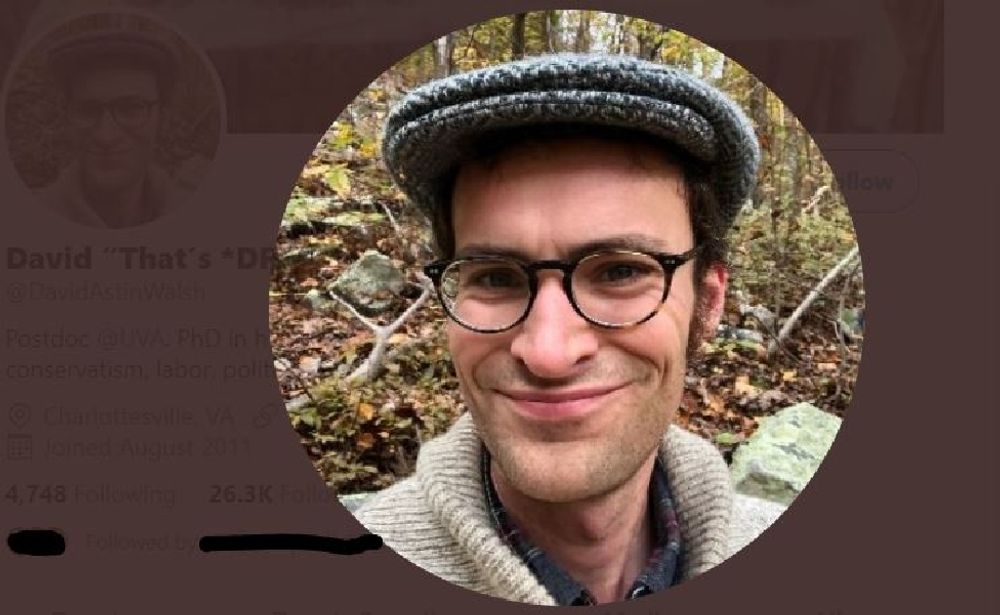 University of Virginia Postdoctoral Fellow David Walsh posted on his personal Twitter feed that Americans need to do more than protest if the "worst-case scenario" happens following Tuesday's presidential election.

“Here’s the thing: if the worst-case scenario happens next week, Americans don’t need to just 'protest.' They need to actively try to topple the government," Walsh tweeted on October 27.

Here’s the thing: if the worst-case scenario happens next week, Americans don’t need to just “protest.”

They need to actively try to topple the government.

According to UVA's website, Walsh is an instructor in the College of Arts and Sciences and teaches the course "Hateinnany": Fascism, Antifascism, and the Global Far Right."

Walsh’s Twitter name, “David ‘That’s *DR.* Commie F*ck’ Walsh” commented below his initial posts stating, “Also worth noting that the military has already made it clear that in such a scenario, they’re not going to back Trump.”

Walsh also shared a post about the late Supreme Court Justice Ruth Bader Ginsburg, in which he quoted from Karl Marx: "The tradition of dead generations weighs on the minds of the living like a nightmare.’ – the late Karl Marx."

Along with stating that the mainstream media should stop using right-wing media outlets.

“A gentle reminder that mainstream media publications should STOP F*CKING USING RIGHT-WING MEDIA AS A F*CKING FARM TEAM," he wrote.

Walsh has also stated that if Biden wins Democrats will have to utilize “postwar German practice of superficial de-Nazification.”

The irony is that if Biden wins, the Democrats will probably do a variant of the post war German practice of superficial de-Nazification followed by several decades of letting ex-Nazis back into the halls of power," he tweeted.

Walsh’s area of study is “far right and conservative politics in the United States in the 20th and 21st centuries and the relationship between those forms of politics in America with broader global movements."