Before being allowed to register for spring classes, MIT students are required to take diversity training.

One MIT student told Campus Reform that this training amounts to "indoctrination." 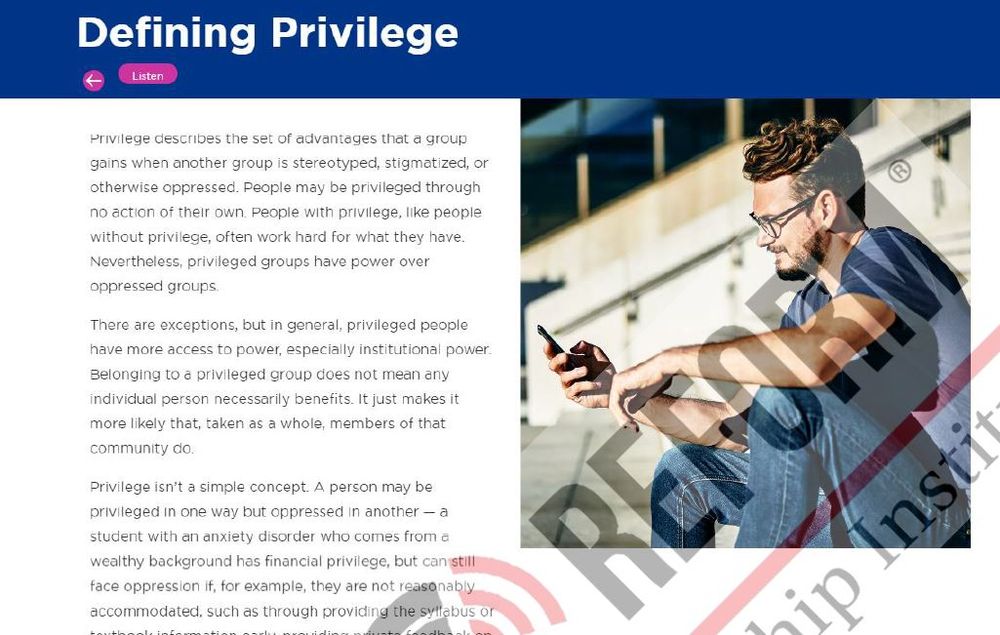 Massachusetts Institute of Technology sent an email to students informing them that if they didn't complete diversity, equity, and inclusion training, they would be unable to register for spring classes.

In the email, a copy of which Campus Reform obtained, MIT outlined "two required trainings," the first one being "diversity, equity, and inclusion," and the second being "sexual assault prevention ongoing: healthy relationships."

"You will have a registration hold placed on your account and will be unable to register for IAP and/or spring 2021 classes if you do not complete both trainings by the Nov. 2 deadline," the email reads. 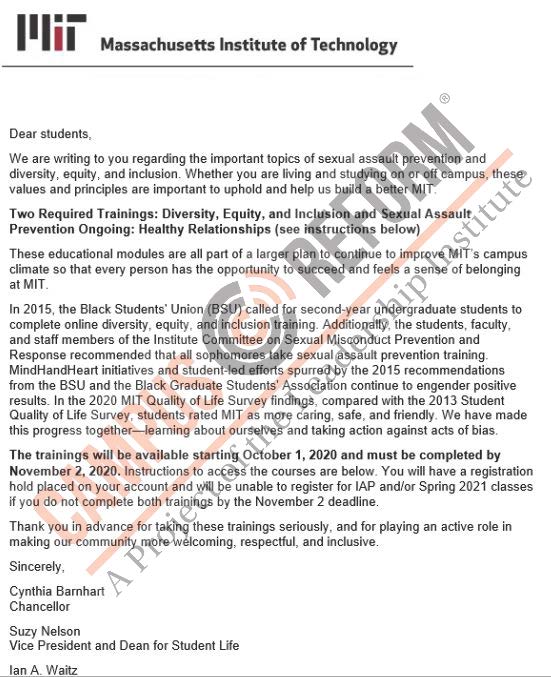 “From my perspective, this is a gross over-reach of the school’s power," one MIT student, who asked to remain anonymous out of fear of retribution, told Campus Reform.

The student argued that MIT was making “classes contingent upon indoctrination.”

MIT cited a 2015 push by the Black Student Union as the catalyst for the change, saying that since then, “students rated MIT as more caring, safe, and friendly.”

The training covered various topics, including the exploration of power, the definition of privilege, and different types of oppression.

The first section of the required training, titled, "exploring power," alleged "power imbalances" in civilizations and institutions around the world: "Because of this inequitable access to power, history has been told through the lens of those in charge, without allowing the stories of the disempowered to be recognized."

"Those who are in power, and abuse it," it added, "often remain in control by dominating the narrative and deciding who has access to their sphere of influence. Historically, these spheres of influence have remained homogenous."

The required training module lists "types of power," such as "the power to admit a student to a university, to grant citizenship, or to decide who can get married."

It went on to say that "even if you think you personally don't have power, you may still be participating in structural systems of power where you receive advantages or are considered the norm while others are disadvantaged or considered outside the norm."

The next section, titled "defining privilege," shows a photo of a White man" and says that "people may be privileged through no action of their own."

"Privileged groups," it says, "have power over oppressed groups."

The training also included a survey, which featured at least eight statements with which students could agree, disagree, or not answer. These were meant to show students how they might be more privileged than other students.

Some of the questions included, “I’ve never been told that I’m in the wrong bathroom,” "Police officers make me feel a sense of safety," "I never have to worry that my friends or family will be deported," “When I graduate, my family will attend,” and “I always have a safe place to pray.”

After answering the question, students were then able to see how many students out of 100 disagreed with the statement, thereby allegedly showing their privilege.

The school would also provide an overview of the four types of oppression," including ideological, institutional, interpersonal, and internalized.

Stating that "the wounds from internalized oppression can run very deep," the module then offers "starting places" for "healing," including to "organize and take political action."