Sen. Kamala Harris was celebrated by her alma mater after much of the media declared her the next vice president, despite ongoing legal challenges from the Trump campaign.

In contrast, many in academic circles were not supportive of Justice Amy Coney Barrett, who is the first female Supreme Court Justice with school-aged children. 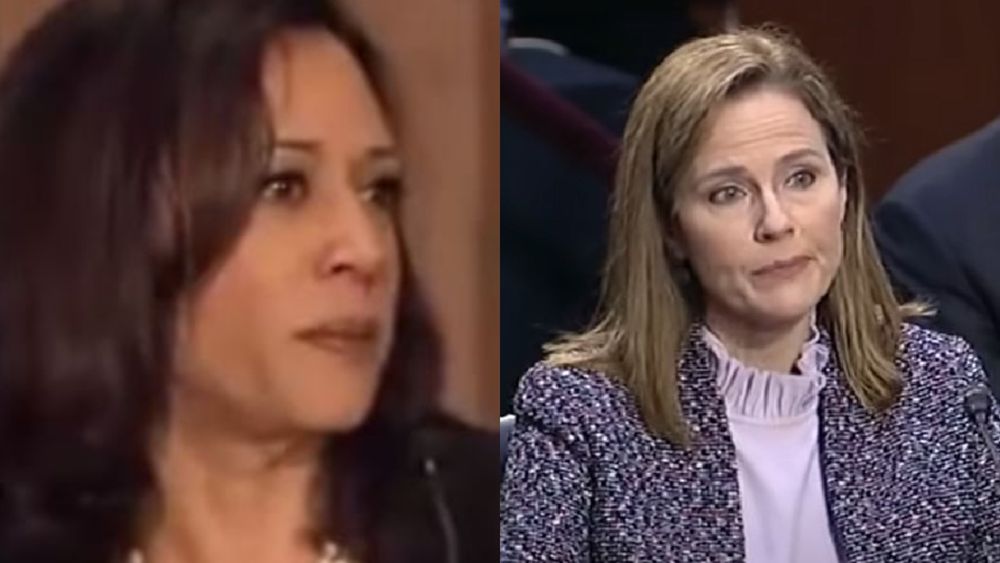 Harris could be the first African-American and Indian-American vice president, presuming that she and former Vice President Biden earn the necessary electoral votes to ascend to the White House. The Trump campaign is contesting the reported results of the election ahead of the official certification process.

On Twitter, Frederick said that Harris has “swung her [Howard University] hammer and shattered the proverbial glass ceiling into pieces that will not be put back together.” He added that “as the new VP, we know she will continue advancing her vision of a nation where all people have access to opportunities to grow & succeed.”

Sen. @KamalaHarris has swung her @HowardU hammer and shattered the proverbial glass ceiling into pieces that will not be put back together. As the new VP, we know she will continue advancing her vision of a nation where all people have access to opportunities to grow & succeed. pic.twitter.com/8D3oJwtRKT

Harris earned an undergraduate degree in political science and economics from Howard, a historically Black university in Washington, D.C., in 1986.

While one might expect academia to praise alumna for what they have accomplished, that was not the case for Supreme Court Justice Amy Coney Barrett, who is the first female justice with school-aged children. In contrast, Coney Barrett faced criticism from those at her alma mater as well as other higher education officials.

In October, members of the Kappa Delta sorority at Rhodes College — Barrett’s undergraduate alma mater — deleted and apologized for a tweet that congratulated Barrett on her confirmation.

Howard University Chief Communications Officer Frank Tramble told Campus Reform that “Howard University is a nonpartisan institution and does not endorse or support political candidates, but we are extremely proud of all of our alumni who achieve success in success in their chosen careers after leaving the university."