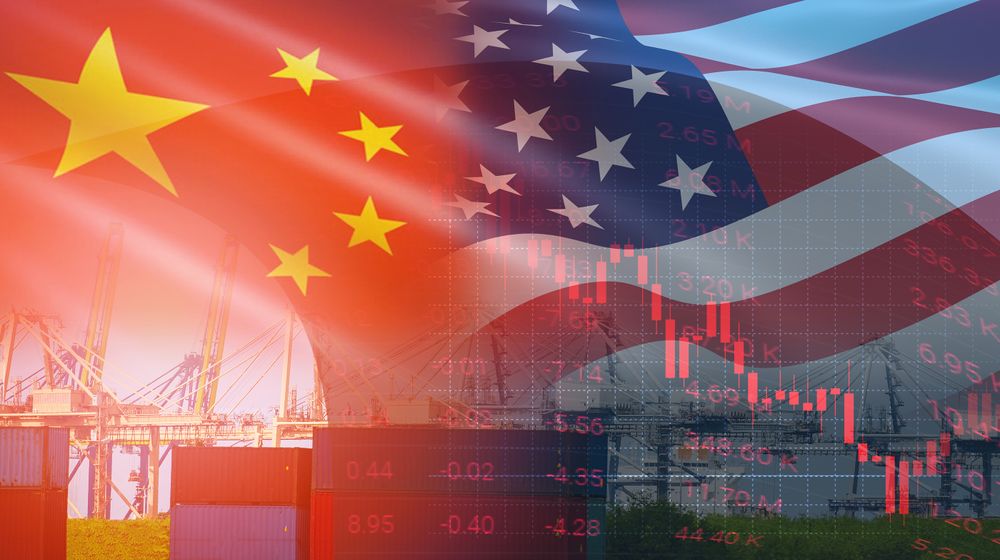 A new U.S. State Department report outlines how America can respond to China's rise as a global superpower, and the communist country's threat to "revise world order," and states that America's institutions of higher education are being used to achieve China's mission.

The report, titled "The Elements of the China Challenge," gives ten tasks that the United States must work towards in order "to secure freedom."

“The CCP aims not merely at preeminence within the established world order — an order that is grounded in free and sovereign nation-states, flows from the universal principles on which America was founded, and advances U.S. national interests —but to fundamentally revise world order, placing the People’s Republic of China (PRC) at the center and serving Beijing’s authoritarian goals and hegemonic ambitions," the report states

The report asserts that the United States must work to preserve its constitutional government, promote prosperity, foster a "robust civil society," noting that this has been "essential" to meeting the country's challenges overseas.

In addition, the report says that the U.S. needs to maintain "the world’s most powerful, agile, and technologically sophisticated military while enhancing security cooperation, grounded in common interests and shared responsibility, with allies and partners."

The report accuses China of using American colleges and universities to spread propaganda.

"[China] generously funds Confucius Institutes, which specialize in disseminating CCP propaganda, at universities in the United States and in other countries through confidential funding agreements that oblige the institutions to avoid criticism of China and to otherwise comply with CCP objectives," the report states.

The report also states that the U.S. “must educate American citizens about the scope and implications of the China challenge because only an informed citizenry can be expected to back the complex mix of demanding policies that the United States must adopt to secure freedom.”

Furthermore, the report detailed the influence and effect that higher education and colleges across the country have in terms of how they portray the United States.

"Sinister efforts from abroad seek to sow discord in the United States. And America’s grade schools, middle schools, high schools, and colleges and universities have to a dismaying degree abandoned well-rounded presentations of America’s founding ideas and constitutional traditions in favor of propaganda aimed at vilifying the nation," the report states.

To counteract this, the report contends that the United States must "reclaim its own legacy of liberty."

“In the face of these polarizing forces, the United States must reclaim its own legacy of liberty. That begins with renewing appreciation of the enduring principles enshrined in the Declaration of Independence — that all are endowed with unalienable rights, that the principal purpose of government is to secure those rights, and that all legitimate political power springs from the consent of the governed,” it read.

Finally, in order to combat China, the State Department argues that there must be a  "reform" of American education.

“The United States must reform American education, equipping students to shoulder the enduring responsibilities of citizenship in a free and democratic society by understanding America’s legacy of liberty and also preparing them to meet the special demands of a complex, information-age, globalized economy for expertise in science, technology, engineering, and Mathematics," the report reads.

National Association of Scholars spokesman Chance Layton told Campus Reform that the State Department has "nailed the problem on the head" with this report.

"If Americans are unaware of their founding ideals, why would they seek to defend them? Worse, students might wonder: 'Why is China so bad if America is worse?" Layton said. "This problem arises from good intentions. We as Americans should know our full history, not only our guiding principles set forth in the Declaration to the rules that ensure their continuity in the Constitution but also the many problems and debates from slavery to neo-imperialism that have arisen in our nation's past."

Layton said that our education system has also played a role in writing "the script for America's adversaries.”

"This good desire to tell the whole truth has been perverted by zealots who have turned that holistic history on its head. They see America as a failed state, not a nation that has worked from its very beginning to make real the promises and principles laid out in the Declaration. In this way, some educators have written the script for America's adversaries," Layton said.

Campus Reform reached out to the State Department for further comment; however, a response was not received in time for publication.