Top 5 examples of Anti-American Sentiment on campus in 2020

Campus Reform has covered various instances of anti-American sentiment on college campuses in 2020.

Below are the top five examples of anti-American sentiment on college campuses in 2020.

With 2020 now in the past, Campus Reform has compiled a list of the top 5 instances of anti-American sentiment on college campuses.

At Dickinson College in Pennsylvania, freshmen are required to take a first year seminar. One of the options is titled “Is American Progress a Myth?” The course description states that students in the class will consider "whether or not the idea that the US history is marked by progress, by things getting better for most people, is a myth or a reality or something in between."

Professor Crystal Flemming from Stony Brook University, took to Twitter in September to express her opinions about American exceptionalism.

She stated, “I think there are a hell of a lot of liberals of all ethnic and racial backgrounds who still don't understand that their American exceptionalism is white supremacist.”

She fails to explain her reasoning for such an anti-American statement.

3.  Prof “ashamed to be an American” after hearing the decision in the Breonna Taylor case

In the wake of the Breonna Taylor decision, professors across the nation took to Twitter to express their rage.

Gender and Women’s Studies professor at the University of Wisconsin-Madison Sami Schalk said on twitter that white people need to "clean up your mess."

“Racism really keeps fucking up my days and I would like it to stop now please. White people, clean up your mess. Thank you," Schalk said.

One University of Illinois English professor, Catherine Prendergast, even tweeted that, “I am so ashamed to be an American citizen today.”

On July 4, a student government senator from Arizona State University posted a Tweet calling for "death to America," accompanied by an image of the American flag being burned.

“I do wish for the demise of the United States of America, as it stands today as a settler-colonial empire which has genocided an entire population of indigenous people, enslaved Black people, and continues in its imperialistic reign of terror all over the globe," she told Campus Reform.

5. The American Flag is a ‘symbol of genocide’

One Columbia University School of Social Work professor, Anthony Zenkus, said that the American flag is a "symbol of genocide."

He tweeted, “The American Flag is a symbol of genocide. Unless centuries of slavery and the vanquishing of Native American nations doesn't figure into your equation.” 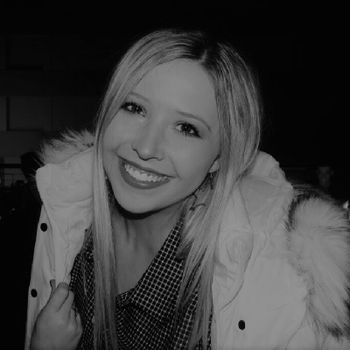