2020 marked the rise of "cancel culture" throughout the country, including on college campuses.

Campus Reform is looking back on 20 stories of individuals who fell victim.

Campus Reform is looking back at 20 examples of "cancel culture" in 2020.

You can read the first ten examples of campus "cancel culture" here.

Arizona State University student and Cronkite school radio station manager Rae'Lee Klein was removed from her position after sharing a tweet, calling attention to Kenosha, Wisconsin shooting victim Jacob Blake's alleged history of sexual assault. The interim dean had given her three options, all of which Klein refused, leading to her firing.

Professors at Stanford University wrote a letter to Dr. Scott Atlas over his views of how to reopen the economy amid the coronavirus pandemic. White House Deputy Press Secretary Judd Deere responded to Atlas’ critics, claiming they only wanted to cancel those who didn't agree with them. At the time, Atlas served on the White House COVID-19 task force.

University of Georgia alumna and retired professor Catherine Sullivan responded to a tweet from her alma mater regarding renaming buildings amid racial protests and riots. Sullivan later faced doxing of her home address and even the type of car she drives.

Indiana University student supreme court nominee Landon Muzzillo was voted down due to his conservative beliefs. some students didn’t want him to be confirmed to the student judicial system because they claimed he could not be impartial.

16. Prof who referred to COVID-19 as ‘Chinese Virus’ placed on leave for semester, future with university uncertain

University of Cincinnati Professor John Ucker was placed on leave after referring to the coronavirus as the “Chinese virus." Ucker's administrative leave was scheduled to last for the duration of the fall 2020 semester while UC pondered his future with the school.

Northern Illinois University Student Government Association Vice President Kyle Jacobson's ability to represent students was questioned because of his conservative beliefs. Students opposed to Jacobson cited his past support for law enforcement as well as his leadership role in the conservative organization, Turning Point USA.

18. Coffee shop bullied off campus over owner’s support for police

A local coffee shop owner was bulled off the campus of Boise University after students complained about her pro-police views. Sarah Fendley, who was engaged to a police officer who was injured in the line of duty, decided to close up shop amid the backlash.

Santa Clara University faced pressure to fire a campus safety officer after he displayed a Blue Lives Matters emblem during a virtual diversity meeting. The school apologized, prompting the College Republicans to openly criticize their school over the response.

Loyola Marymount University Senator for Diversity and Inclusion Stephanie Martinez was impeached after students discovered one of her year-old pro-Trump tweets. Eighteen of the 21 senators voted to impeach Martinez, making her the first senator in the school's history to be impeached. Martinez told Campus Reform the case was a "sham" and a case of "xenophobia against conservative students." 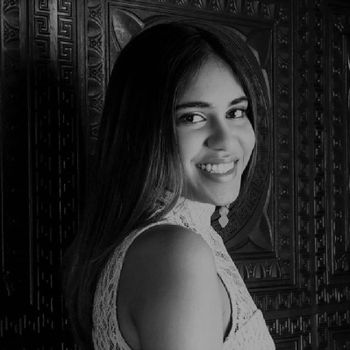