EXCLUSIVE: Illinois Tech students shut down conservative group before it even starts

A student at Illinois Tech tried to start a Turning Point USA chapter on his campus. More than 100 students expressed interest in joining.

Following backlash from classmates and the student government, he decided to withdraw the request.

A student at the Illinois Institute of Technology attempted to start a Turning Point USA chapter, but after immense backlash from his classmates and members of the student government, he decided to withdraw the request.

In October, who asked to remain anonymous, explained to the Illinois Tech student government that TPUSA — a national organization founded by Charlie Kirk to help students advocate for conservative principles on their campuses — would bring “civil discourse and political debate” onto campus, expressing hope that it could be a place where all students’ voices were heard.

The student told Campus Reform that 121 students signed collection cards expressing interest in a TPUSA chapter. During a question-and-answer period, student senators questioned the validity of TPUSA as a national grassroots organization.

Senator Ryan Manthy claimed that TPUSA has issues with “systemic racism and homophobia."

Another senator alleged that the national organization experiences problems with “the sorts of people who become associated with their speakers.”

Senator Ursula Hersh likewise cited research she had conducted by herself, claiming that TPUSA tends to “shut down people who disagree with them.”

[RELATED: With cancel culture wind at its back, nationwide push to 'abolish Greek Life' gains steam]

On January 27, the conservative student again presented to the student government — this time, to withdraw his proposal.

Derek Rhea, the executive vice president of the Student Government Association commented that the “entire campus had been completely mobilized,” leading to a “huge movement on the opposing side” against the prospect of a TPUSA group at Illinois Tech. He applauded the conservative student for withdrawing his request to start a TPUSA chapter. 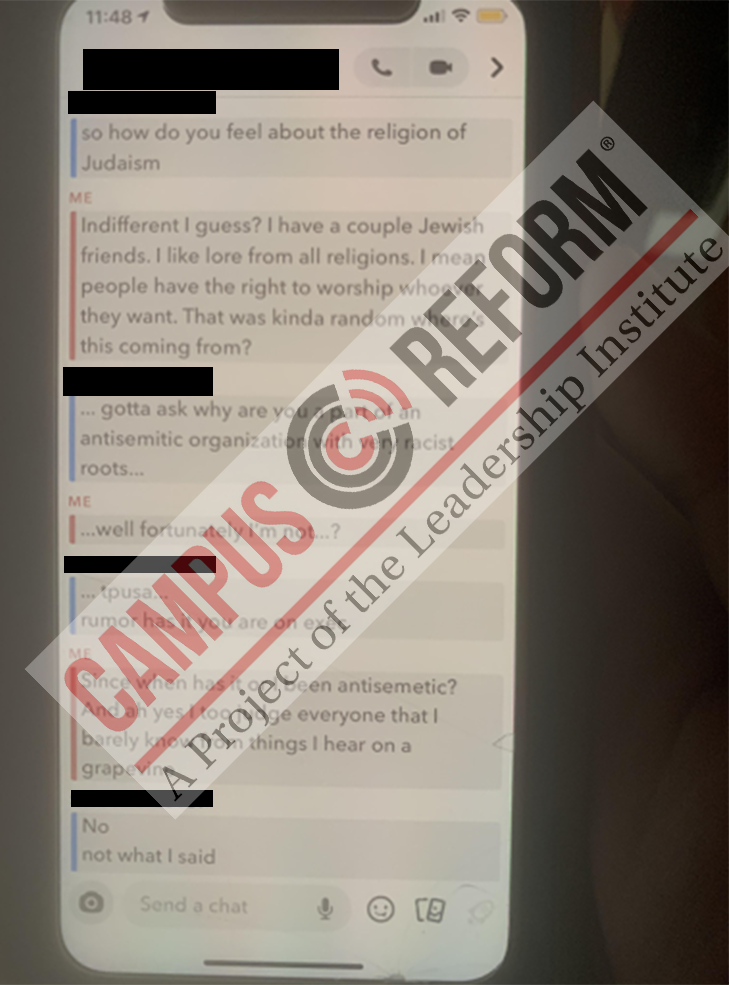 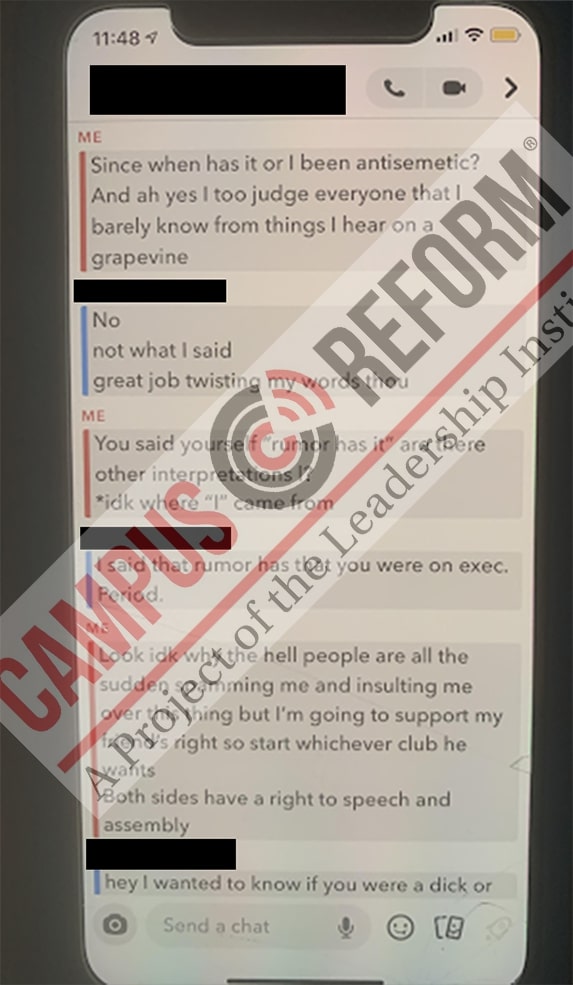 Following the January 27 student government meeting, the conservative student provided Campus Reform with screenshots, one of which appears to show a student rejoicing in an online message that “we managed to successfully cyber bully a student org to death.” 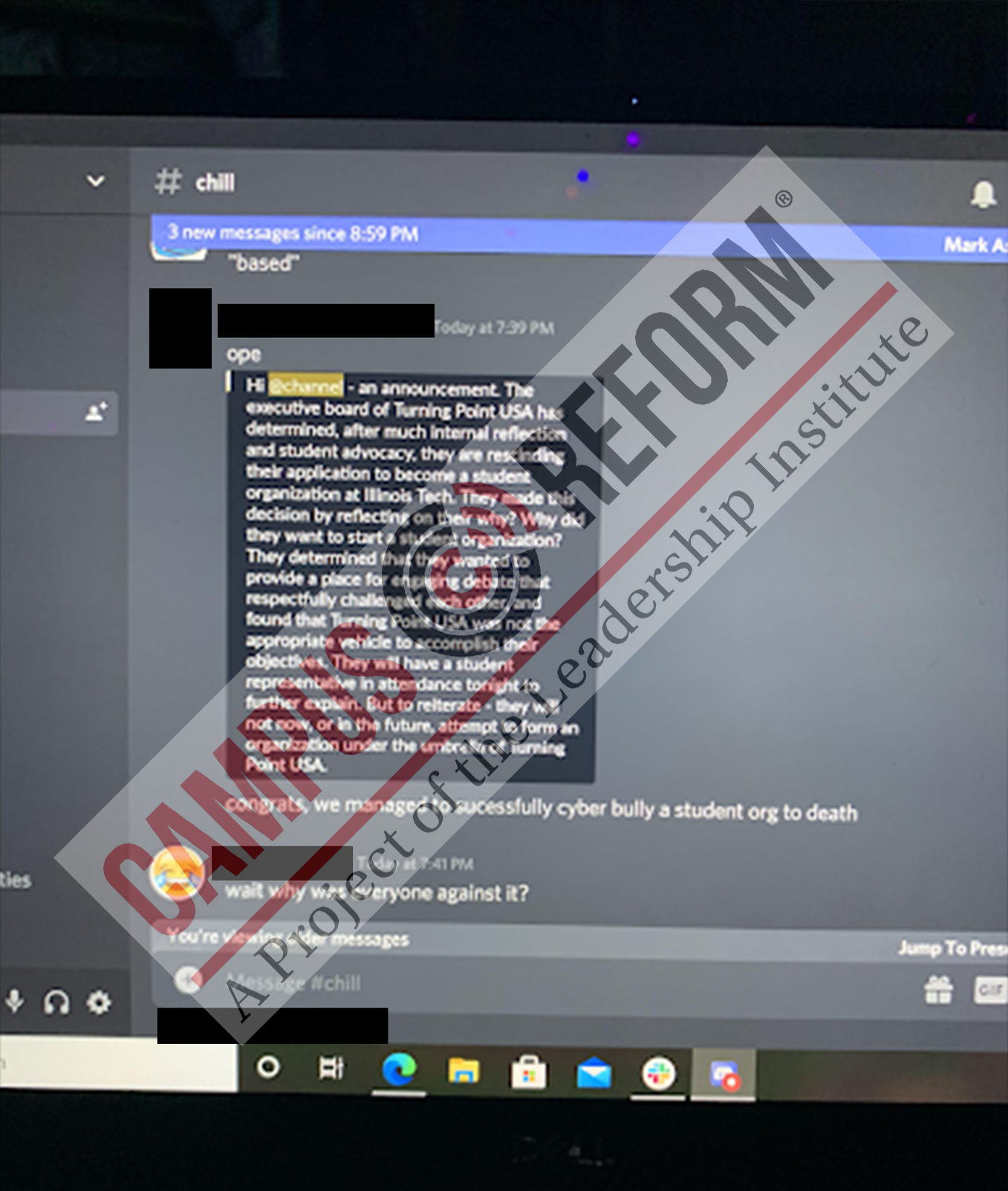 The Illinois Tech student government’s executive board told Campus Reform that the body was made aware of the alleged intimidation tactics, after which it immediately connected with university administrators to address these concerns.

“We do not condone cyberbullying and harassment, and refuse to provide a platform for it,” said the student government executive board. “We believe the organizers of TPUSA - IIT Chapter were making a good faith attempt at providing an opportunity for civil discourse outside of SGA, despite having chosen a tool that many in our campus community were against.”

The student government is drafting an open letter "condemning the alleged intimidation tactics" that will be voted on soon, which they expect to pass unanimously.

Campus Reform reached out to Illinois Tech and the student government for comment. This article will be updated accordingly.