Students reported her to the school’s Title IX office and launched a petition to get her fired.

[RELATED: Black prof shreds 'anti-racist' activists for 'bluffing,' confronts what they 'don't want to talk about']

“What if I don’t want biological boys in the bathroom with my biological daughter?” she asked. “Do the 99% of us who do not struggle with gender dysphoria have a voice? No? Cool.”

Student activist groups launched a petition to fire Crenshaw, a Christian who speaks at seminaries and ministry conferences. Baylor students also reported her to the school’s Title IX office, as well as the Baylor NAACP, according to the petition.

“We need to denounce transphobia and hold faculty, staff, and students accountable for their actions so all people can attend a safe and non-discriminatory educational environment,” said the authors of the petition. “Crenshaw should not maintain a position at Baylor University. She holds apparent prejudice toward our LGBTQIA+ peers and maintains authority within the classroom as a professor.”

In response, Crenshaw remarked that she learned “cancel culture with millennials is very real and very time-consuming.” 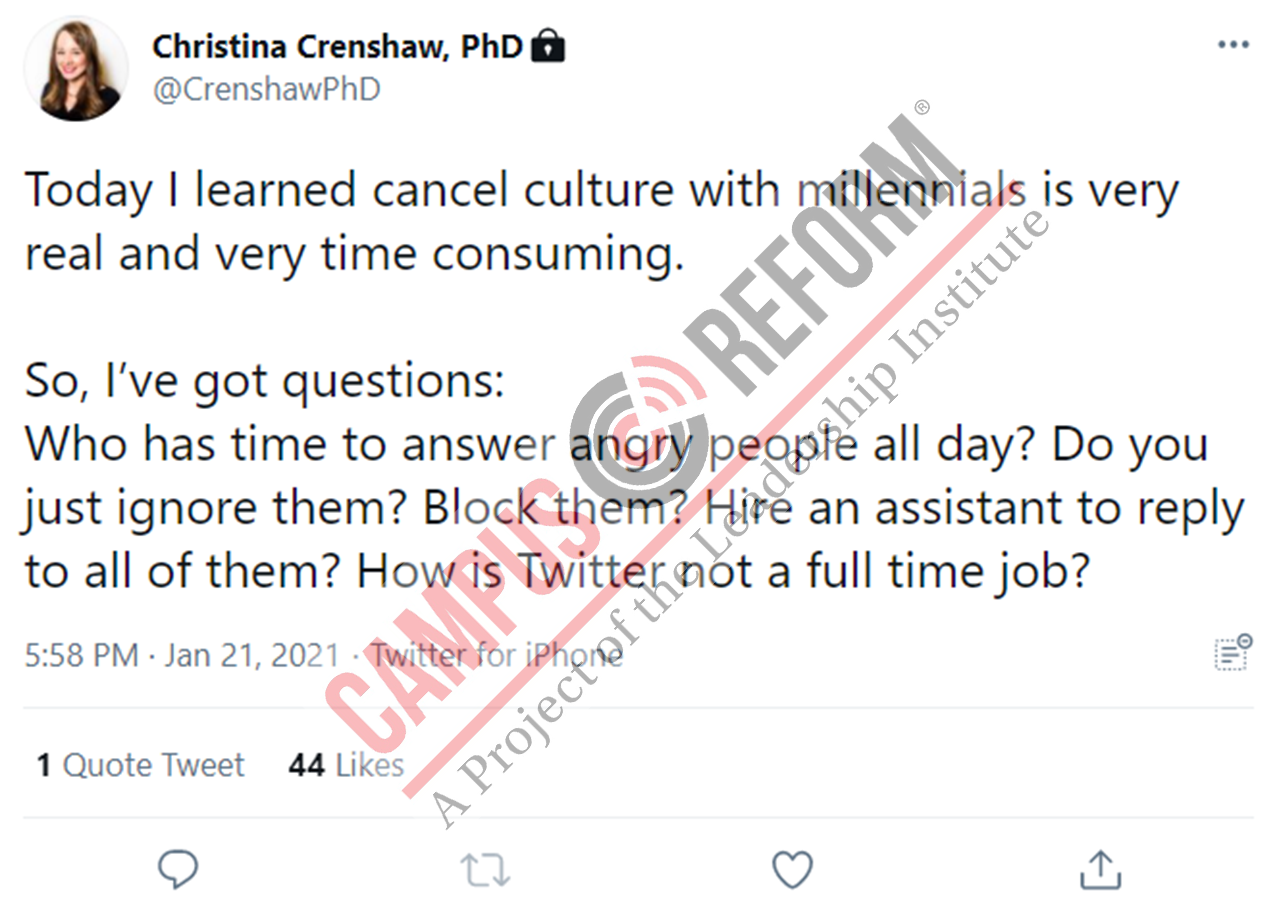 Baylor University spokeswoman Lori Fogleman directed Campus Reform toward comments from Provost Nancy Brickhouse, who said that Crenshaw is “not being investigated and will not be punished in any manner for sharing her opinions on her personal Twitter account because it did not violate any university policies.”

Campus Reform reached out to Crenshaw and student groups involved in writing the petition. This article will be updated accordingly.