OPINION: Antifa: Docs, doxing, and the docked: The rise of Antifa in an increasingly toxic university environment

Despite the many contributions of the academic community to developing the intellectual capital of the most prosperous nation in the world, fostering a culture of national unity, public security, and the rule of law--and educating students committed to these ideals--is not one of them. As the tumultuous decade of the 1960s came to a roaring end in the 1969-1970 school year, FBI Director J. Edgar Hoover called attention to this problem of radical professors propagandizing,  organizing, and operationalizing college students—a problem remaining to the present with the rise of Antifa on college campuses and its activities across the country.

In 1970, the famed Director testified college campuses across the United States had witnessed “an unprecedented number of disturbances and incidents of student-centered violence,” including 1,785 demonstrations, 313 building seizures by violent students, 246 arson or attempted arson attacks, and 14 bombings (Hoover, Statement Before President’s Commission on Campus Unrest, July 1970, p.1).  Issue-based grievances centering on civil rights and Vietnam War protests had putrefied in the toxic political climate of the 1960s and became revolutionary anti-Americanism as radicalized, organized, and professionalized agitators exploited opportunities and circumstances for their own benefit and for misguided visions of a better world.  Communist and radical Left ideology provided the specious framework needed to channel the rage and rebellion on the strategic targets of America’s future leaders.

Throughout the era, Hoover and other security experts identified not only off-campus agitators, and foreign operatives as key actors creating the unrest, but also university professors, who directly and indirectly condoned and excused campus violence, disregarding their responsibility to ethically educate the student community. These university “Docs” and college administrators had worked aggressively to demoralize, degrade, and darken and entire generation, many of whom are now nested comfortably in the academic community where they hatch another generation of radicals, this time largely shorn of long hair and headbands, psychedelic clothing, and peace signs and often clad in simple black and calling themselves Antifa.

Piled in the same historical closets with these relics of “the love generation,” are the simple force configurations of radicals--loosely associated academics, professional organizers, disillusioned students, and “hippies” openly displayed in a public orgy of political violence on campuses—a visible, largely external force.  Now, Antifa operates deeply inside colleges where radical socialism has metastasized into the vital organs of departments, institutions, administrations, and wider systems.  Emerging in this toxicity of ideas are the malign opportunities, cultures, and networks such as the Campus Antifascist Network (CAN), whose very name belies its own propaganda message asserting Antifa is a movement and not an organization.

While Antifa emerged from the putrefied political ideology of the 1960s, its tactics (organizational, operational, and support) are more a product of decades of fermentation through the suffocation of failure and legal prosecution, which created a potent cocktail of tactical strength mixed with inebriated feelings of invincibility among its members, who imbibe Anarchist propaganda through websites like CrimethIinc--and many others.  CrimethInc not only advocates the most proven subversive and violent tactics of anarchists, but also the psychological, sociological, managerial, legal, and procedural components necessary for lethality and operational success—no doubt the contrivances of expert subversives and not amateurs.

Highly organized as decentralized autonomous cells, clusters, branches, and networks (national and international), Antifa is remarkably fluid, changing size, associations, partnerships, posture, and even locations while remaining capable of rapid mobilization and demobilization given opportunities and challenges. Priding itself on “horizontality,” the capability to operate in loose affinities and partnerships with other cells and groupings, Antifa strives to be fast, flat, and fluid while seizing platforms for key events such as Presidential inaugurals or major economic events such as the ministerial meeting of the World Trade Organization (1999), which Antifa and other radicals turned into the “Battle in Seattle.” (1999).

Therefore, the black clad Antifa appearing on campuses may only be an atypical sample of the types of its followers in a given area, and sometimes its least dangerous elements given its associates operate in politics, churches, education, technical industries—and of course, on campuses, where suits, ties, handshakes, and computers replace black masks, spray cans, clenched fists, and lasers used to blind law enforcement officers in the air and on the ground.

Amid these advanced tactics honed from decades of experience, intense leadership discussions, historical analysis, and current street fights in American cities and suburbs are the Docs like Mark Bray who demonstrate that professors remain a central figure in campus unrest.  His Antifa: The Antifascist Handbook promotes these subversive organizational techniques (with a paper-thin justification of countering racism) in an Appendix where eager radicals can find the advice:

Sometimes you need a solid group that will be working for years. Sometimes you look for a small group of activists for one action. Sometimes you have to work underground, anonymously, especially in small cities overwhelmed by a hatred towards minorities—in school, on the street, from the local authorities. Sometimes you can work openly, and advocate for oppressed groups uncovered

While strategic, operational, and tactical adaptability and refinement have occurred among radical Left groups such as Antifa, their predatory nature remains constant and threatening throughout the decades, particularly to college students.  Antifa directly targets for recruitment the politically angry, frustrated, action-oriented, and mobilized--as well as friendship groups. Similarly, these radical anarchists vet their own groups by removing personality types including idealogues, overbearing personalities, braggers and loose lips, those who are personally and not politically violent, provocateurs, and “slow learners,” and others who impede operational unity and effectiveness (Anti-Fascist Network, How to Set Up an Anti-fascist Group, online). Therefore, it is not “big brother” who may be watching you on campus as the Left asserts, but little black clad brother who appears as your friend.

Among the more predatory practices of Antifa is doxing, a malicious act of revealing someone’s personal information without their permission, including name, date of birth, address, and “pictures typically retrieved from social networking site profiles” (FBI, Internet Social Networking Risks, p.2). The case of Daniel D’Ambly an alleged white supremacist illustrates the point as it made headlines in September 2020 when he filed a civil complaint against Christian Exoo, a well-know Antifa whose doxing was openly acknowledged as was his heavy social media presence on Twitter. The court document reveals the unsurprising allegations of his university employment; the institution’s knowledge and protection of Exoo’s doxing “enterprise”; the targeting of D’Ambly’s address, workplace, associates; networked mobilization of students against him; social media “ban evasion”; and violent acts including vandalism of his car and direct threats via Twitter stating: “ Regardless, I’m gonna spend the next week wrecking your f^%cking life, Dan D’Ambly.”

The D’Ambly civil action court case reveals not only the problems of Docs and doxing, but what can be called “the Docked.” The Webster Online dictionary defines the word docked as “to penalize by depriving of a benefit ordinarily due,” or “to take away a part of.”  The circumstances of the allegations of this case clearly demonstrated D’Ambly, regardless of his political beliefs, was “deprived of [benefits] ordinarily due” Americans: prosecution of criminal activity on campus or on social media like Twitter; the right to privacy; freedom of speech; protection of employment; protection of property; community and personal security; and allegedly legal representation.  Here is Antifa’s primary mission: not the fight against Fascism but the destruction of the freedoms, rights, and benefits of Constitutional America. The anti-Fascism and anti-racism declarations of Antifa are merely cover for a very sinister agenda.

The problem of “the Docked” is therefore not isolated to specific cases like D’Ambly’s. It is happening to many Americans.

The views expressed in this article are completely my own and do not represent any government or private organization or entity. 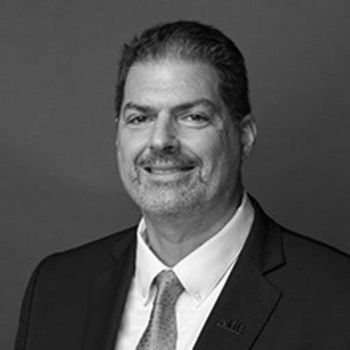 Dr. Scott Catino is an Assistant Professor at Liberty University Online, U.S. Fulbright Scholar, and member of the Anti-Communism Action Team (ACAT). He served in the United States, Bahrain, Iraq, Afghanistan, and the UAE in various research, supervisory, and advising posts for diverse entities including the Department of Defense, FBI, and private security programs. His research on civil unrest, terrorism, and insurgency has involved fi...