A federal appeals court ruled in favor of a professor who was punished by his university after declining to address a transgender student by a preferred pronoun.

The court ruled that Shawnee State University punished a professor for "constitutional protections afforded by the First Amendment."

A federal appeals court in Ohio ruled in favor of a Shawnee State University professor who sued the school after he was punished for not using preferred pronouns set by a transgender student.

In a 32-page opinion released by the U.S. Court of Appeals for the 6th Circuit, the judges ruled unanimously that Shawnee State University punished a professor for "constitutional protections afforded by the First Amendment." The ruling reverses a previous dismissal of the case by the U.S. District Court for the Southern District of Ohio, allowing the case to continue.

"Meriwether respectfully sought an accommodation that would both protect his religious beliefs and make Doe feel comfortable. In response, the university derided him and equated his good-faith convictions with racism," Judge Amul Thapar said in the majority ruling.

As previously reported by Campus Reform, philosophy professor Nicholas Meriwether declined to address a transgender individual as a female, instead saying "yes sir."

However, according to the original lawsuit, the transgender student “demanded” that Meriweather use female pronouns, which the professor did not want to do because of his Christian religious beliefs.

After Meriweather declined to address the student as a female, the student said “then I guess this means I can call you a c**t," according to the lawsuit.

The student filed a complaint with the university, which led to a “written warning” being given to the professor, and was told by a university official that he should address transgender students the way they wish, in order to “to avoid further corrective actions.”

“Under [university] policies, all professors must refer to each student—both in and out of class—using whatever pronouns the student claims reflect his gender identity,” the lawsuit says, referring to the gender identity portion of its anti-discrimination policy.

However, the lawsuit was dismissed in February 2018 when Judge Susan Dlott of the

U.S. District Court for the Southern District of Ohio ruled that Meriwether “was not protected under the First Amendment.”

When the court ruled in favor of Meriweather on March 26, however, the Alliance Defending Freedom, which was representing the professor in court, was "pleased."

“This case forced us to defend what used to be a common belief—that nobody should be forced to contradict their core beliefs just to keep their job,” said ADF Senior Counsel and Vice President of Appellate Advocacy John Bursch in a press release. “We are very pleased that the 6th Circuit affirmed the constitutional right of public university professors to speak and lead discussions, even on hotly contested issues. The freedoms of speech and religion must be vigorously protected if universities are to remain places where ideas can be debated and learning can take place.”

Campus Reform reached out to Shawnee State University but did not receive a response. 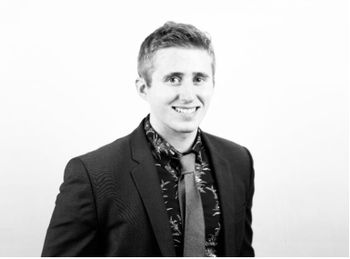