Tufts University students are demanding that the school shutter its Confucius Institute.

Many of the students’ families are from Tibet and are familiar with the atrocities of the Chinese government.

On March 17, the university announced that it would shutter its Confucius Institute, although it would continue its relationship with Beijing Normal University.

Students for a Free Tibet held protests to demand that the school shut down its Confucius Institute — which, in the words of the students, represents a “shameful collaboration between the university administration and the Chinese Communist Party.”

“In solidarity with Uyghurs, Hongkongers, Tibetans, and all peoples who have suffered at the hands of the CCP, we will protest each Saturday until our voices are heard,” say the students on their Instagram page.

[RELATED: Biden chalks up China's Uyghur genocide to different cultural 'norms.' Can he be trusted to keep CCP off college campuses?]

Many of the students and their families were personally affected by China's dominance of Tibet.

“The Confucius Institute wants less people to know what [China is] actually doing in Hong Kong, Uyghur and Taiwan in today’s culture,” said one Tibetan-American student. “They are basically trying to do the same thing that they did to the Tibetans.”

The student attended the protests to “show that even the younger generation can get involved because it is for the better of our future.” 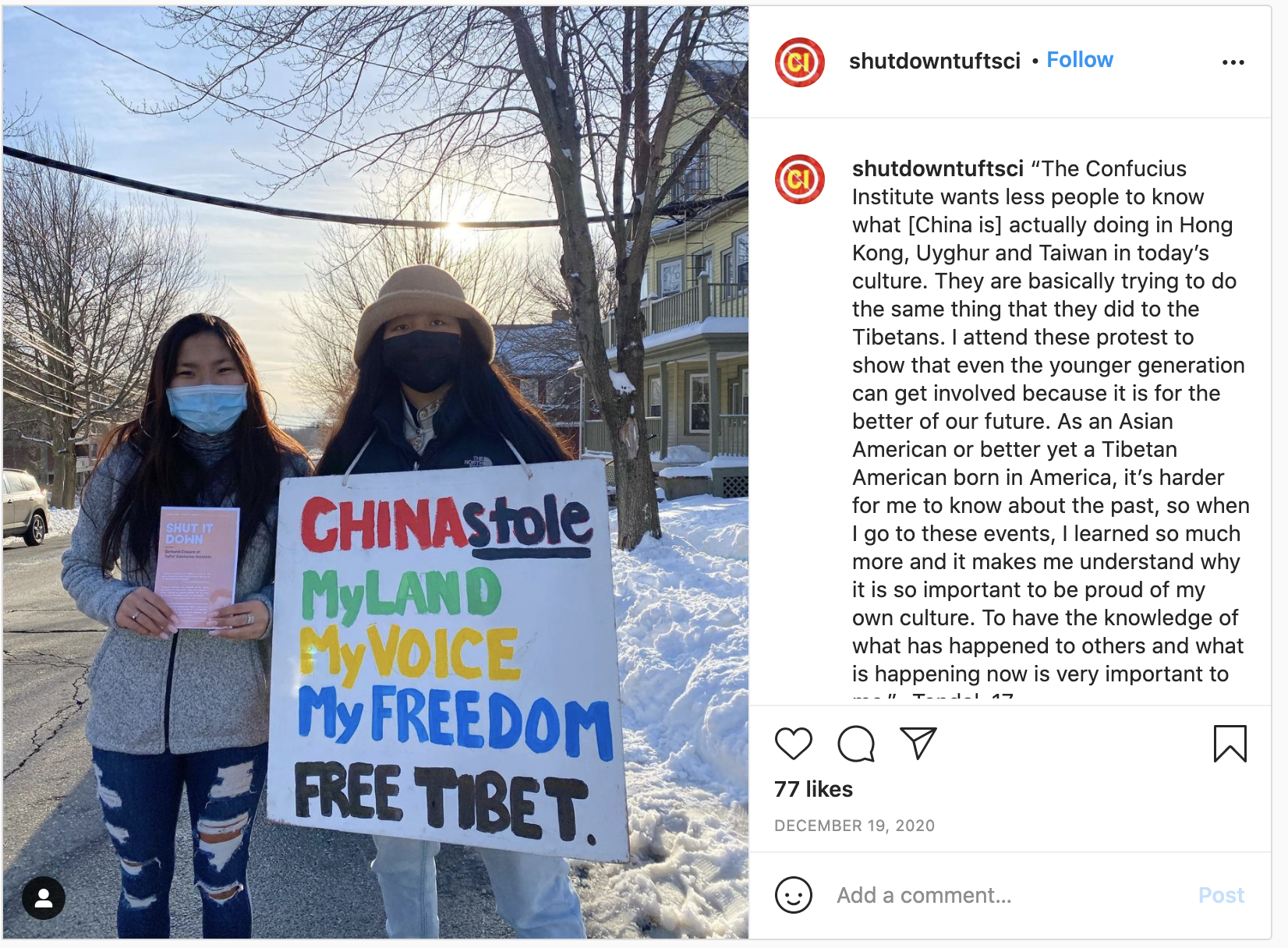 The Instagram page also reposted a student’s TikTok, which notes the absurdity of finding a Chinese propaganda center in the United States following his family’s emigration from Tibet. 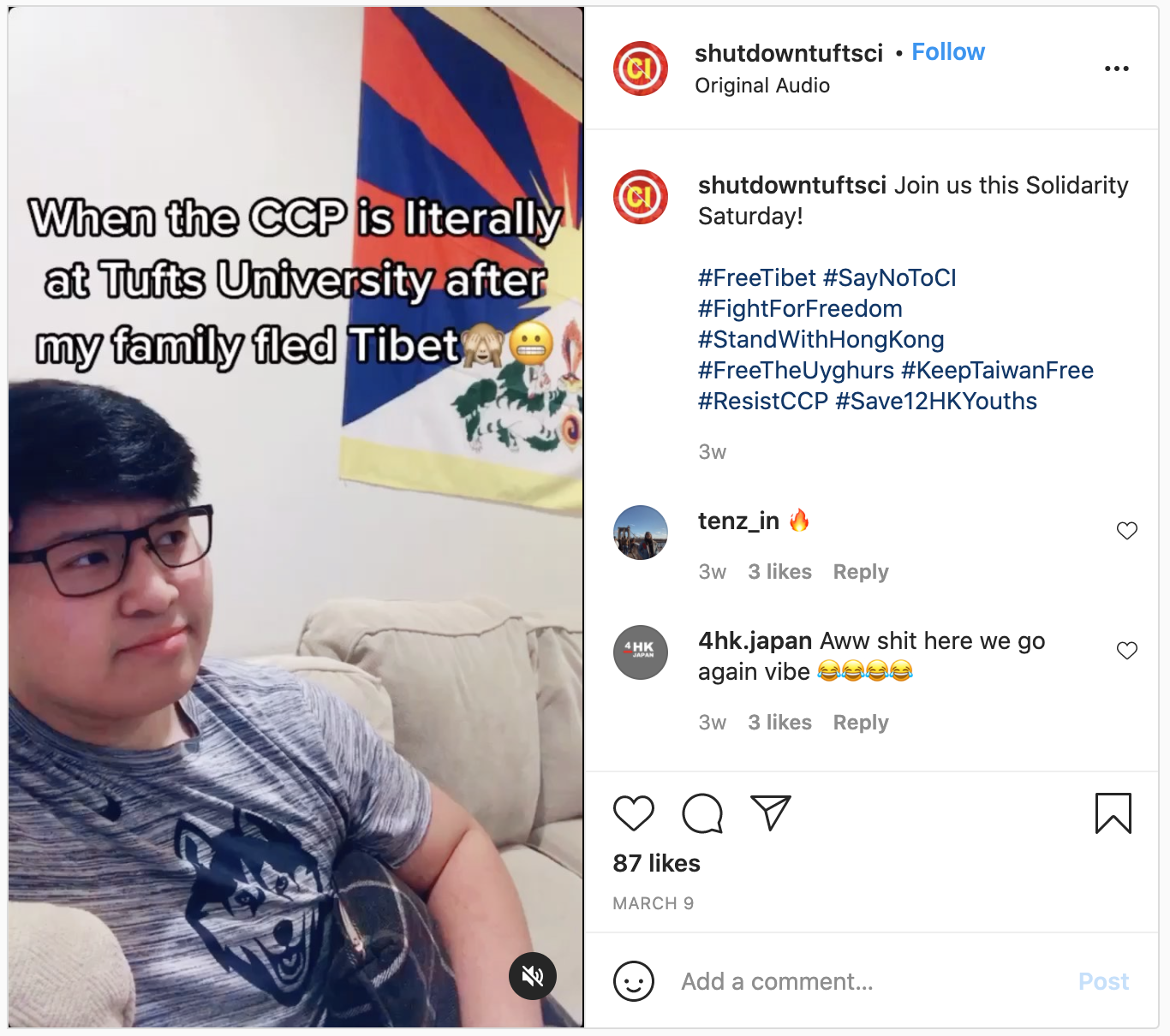 Students for a Free Tibet also encouraged students to email their administrators and expressed concern that Tufts would “accept funding from a genocidal authoritarian regime that oppresses millions of Tibetans, Uyghurs, Hong Kongers, Mongolians, and Chinese people.”

On March 17, Tufts University Executive Director of Media Relations Patrick Collins told Campus Reform that the school had agreed to shut down its Confucius Institute.

President Biden recently nixed a federal policy that would have forced universities to reveal their ties to the Confucius Institute. In response, House Republicans urged him to reinstate the policy and more firmly address the encroachment of the Chinese government on American college campuses.

Campus Reform reached out to Students for a Free Tibet. This article will be updated with any comment.