A professor of English wrote an op-ed arguing that the prioritization of standard academic English is a form of “linguistic racism.”

To combat this, the professor suggests that educators implement "grading contracts" that value "labor, effort and process rather than quality, standardization and product."

Catherine Savini, an Associate Professor of English at Westfield University in Massachusetts, recently wrote an article entitled “10 Ways to Tackle Linguistic Bias in Our Classrooms,” where she argues that the prioritization of standard academic English is a form of “linguistic racism.”

The professor, in the Inside Higher Education op-ed, recalls an incident where she helped a student with her paper on identity development. The student grew up in the United States, but her parents grew up in the Democratic Republic of the Congo. According to the article, at home, the family spoke Lingala and used Black vernacular English rather than standard academic English.

Savini used this incident to describe "stories of linguistic prejudice perpetrated primarily against students, staff and faculty of color."

[RELATED: UArizona unveils English course on ‘Anger and Resentment in the Wake of Trump’]

Savini cites Vershawn Ashanti Young’s article “Should Writers Use They Own English?” as one of her inspirations, citing a quote from Young that reads “Black English don’t make it own-self oppressed,” thus reinforcing her perspective that the prioritization of standard academic English perpetuates white supremacy.

Inoue’s grading contract, which Savini cites, is based on “a robust Marxian theory of labor,” according to the book’s description.

Another suggestion that Savini provides is for professors and educators to "add a syllabus statement that values linguistic diversity."

"For example: 'Diverse languages and dialects are welcome in this classroom. As we communicate with one another, keep in mind that the reader/listener should work as hard as the writer/speaker in the communication process. This means that we will listen patiently, work to understand one another, seek out clarification when necessary and avoid finishing each other's sentences or correcting grammatical errors unless invited to do so,'" Savini writes. 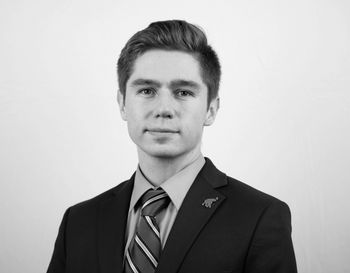 Spencer Lindquist is a reporter at Breitbart News. Previously, he was a California Campus Correspondent with Campus Reform, and wrote for the Federalist. Spencer graduated from Pepperdine University.