A University of Pennsylvania panel insisted that structural racism is to blame for the lack of diversity in venture capital.

One panelist encouraged White people to "use your privilege" to help Black people.

A Wharton Business School professor at the University of Pennsylvania hosted a virtual discussion on racial and gender bias in venture capital.

Venture capital is a form of private equity that includes investors who help start a person’s business. Capitalists invest in businesses that have a high potential for success. Venture capital is similar to the popular television show Shark Tank.

Several professors, including Melissa Bradley of Georgetown University said that Black people and minorities don’t have the same access to funding as White people because of structural racism, institutional bias, wealth gaps, and a lack of connections.

The panel repeatedly asserted that venture capitalists discriminate based on gender.

Ethan Mollick, a professor at UPenn's Wharton School, the nation's top undergraduate business school according to US News and World Report, said it is shocking how differently men and women are treated.

“I often show my class a picture of a White male Stanford grad, and say this is who gets most of the funding in the U.S.,” Mollick said.

Chance Layton is the communications director of the National Association of Scholars. He laughed and said he is used to getting blamed for everything.

“I think these companies, if they see value, they’re going to invest.

The panel agreed that increased networking and outcome-based relationships would help immensely. People who have been successful in the capital venture industry need to help people who haven’t made it, they said. This includes Black and White people.

“Use your privilege to help shift and move and honestly make people feel uncomfortable,” Bradley said.

Groce said it is the Black and White community’s job to do this.

“If you’re not uncomfortable… that means you’re probably not going as far as you need to be going,” Groce said.

Bradley said she was determined to start a venture company after a government agency denied her capital because of the color of her skin.

“They told me there was no way in the world I could get funding because I was Black, I was a female, and they didn’t know any successful women in financial services,” Bradley said. “She made the comment that I was in debt.”

Alex Rossian is a small business owner and student at the University of Central Florida. He said it is hard to believe that a minority would get turned down by an investor only due to race. He said investors do not care about the person in terms of their background or identity.

“All they care is that you’re a hard-working, honest, trustworthy businessperson, that’s going to take their money and turn it into more money,” Rossian said.

Stephanie Creary hosted this discussion. She teaches a course at Wharton called leading diversity in organizations. 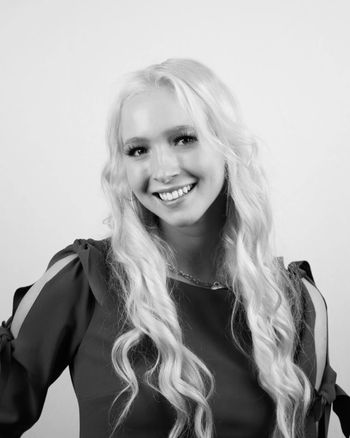 Madison Monroe Adams is at Fox News at the assignment desk. Previously she was a Florida Campus Correspondent for Campus Reform. She graduated from University of Central Florida and majored in broadcast journalism and political science.