The student government is funded by a mandatory $252 student fee.

To commemorate Black History month, the groups gave away books “covering various topics surrounding Black history, so you can continue to celebrate Black history after February.”

As the student government’s Instagram page explains, “each winner may choose from a book from the list and these books will be purchased and sent directly from a Black-owned bookstore local to each winners’ location.”

To enter the contest, students had to tag their friends in the comments section. Nearly two hundred students participated.

The school’s Student Wellness Advisory Board made a similar offer. 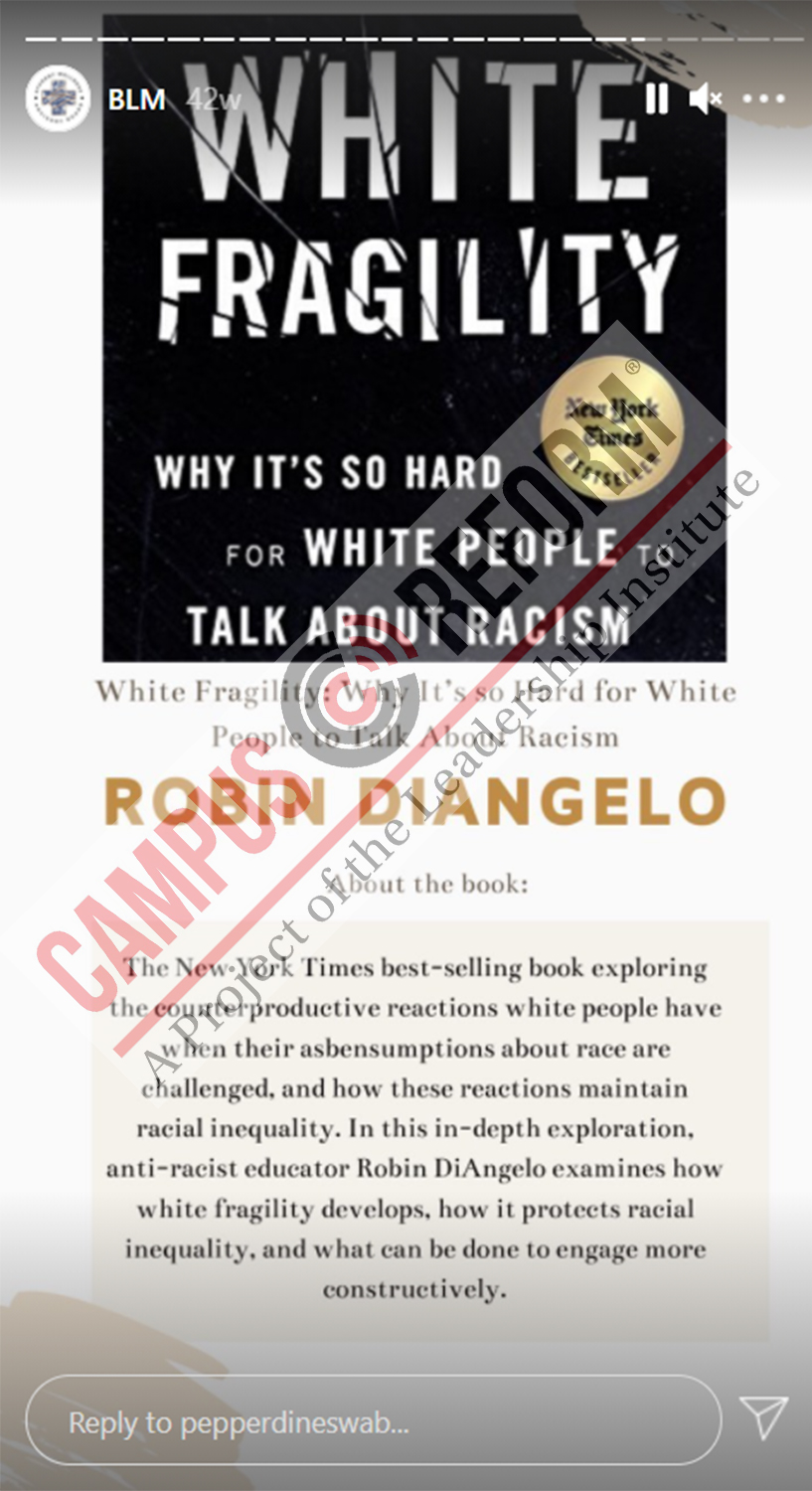 "White Fragility: Why It’s So Hard for White People to Talk About Race" details the “defensive moves that white people make when challenged racially.” According to DiAngelo, white fragility is characterized by “emotions such as anger, fear, and guilt, and by behaviors including argumentation and silence,” which in turn “function to reinstate white racial equilibrium and prevent any meaningful cross-racial dialogue.”

According to Pepperdine University’s website, the student government is funded by a mandatory $252 annual student fee, which also funds the Student Wellness Advisory Board.

Conservative students at Pepperdine were appalled by the student government’s decision to hand out White Fragility.

Critical race theory and anti-American vitriol have no place on our college campuses.

Campus Reform reached out to Pepperdine University and the student government for comment; this article will be updated accordingly.