The University of Wisconsin-La Crosse’s 'campus climate director' made the comments during a microaggressions workshop at Viterbo University.

Microaggressions are the 'changing face of racism' and 'sexism,' the campus climate director argued.

During a virtual presentation on microaggressions at Viterbo University, the University of Wisconsin-La Crosse’s campus climate director told participants that “critical feeling” is “just as important as critical thinking.”

Amanda Florence Goodenough made the remarks on March 15 during her workshop, “The Macro Effect of Microaggressions,”  one of the most requested that she offers.

On January 10, she was awarded the school’s Martin Luther King Jr. Leadership Award.

In the event, which was recorded, Goodenough began her presentation by listing her several intersecting identities, including “Light-Skinned Multiracial BIWOC,” “Abolitionist/Activist Educator,” and her pronouns, “she/her.” 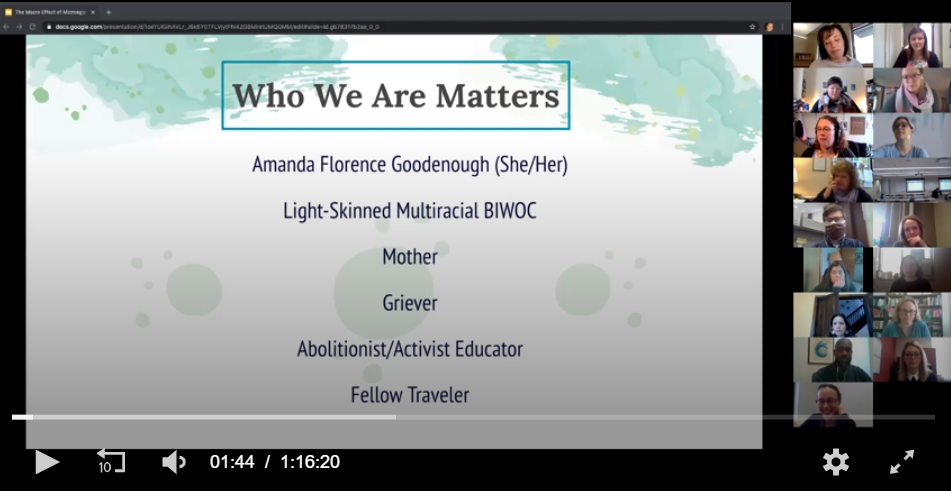 Goodenough then asked her audience to introduce themselves by entering their identities  into the chat box. Example replies included “white cisgender woman,” “queer gender-nonconforming,” and “Latinx.”

Next, Goodenough encouraged them to try a “common ground exercise” and think of a time in when they felt excluded.

“Did your mom and dad leave you out of a decision that left a major impact on you?” Goodenough asked, or “Perhaps your boyfriend or your husband’s comments are taken more seriously in everyday conversations, even though you may have said the exact same thing.”

After laying out her prompts, she asked the audience if it could “recognize any of the ways [she] modeled exclusion.” 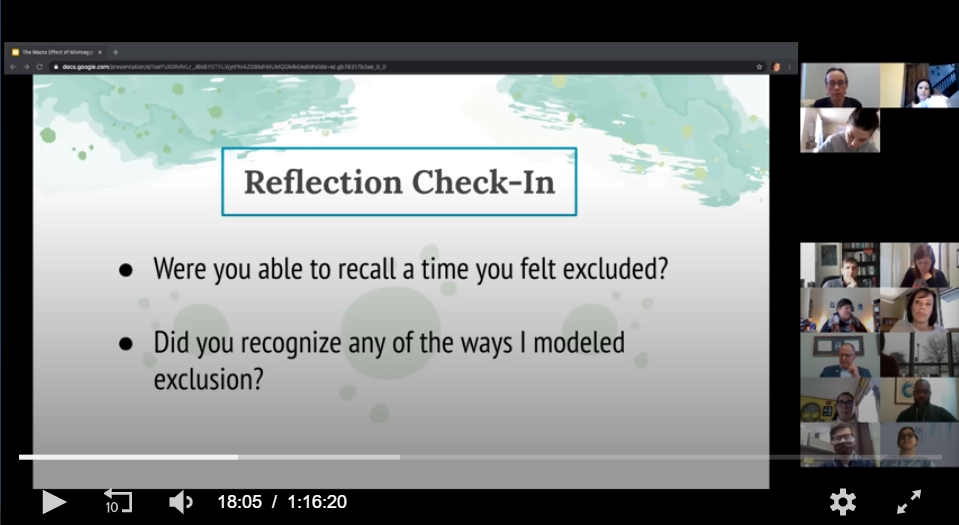 “I just said a lot of problematic, biased, exclusionary things in every prompt, and first I want to apologize,” Goodenough said, “I never like to intentionally cause harms. First, my apologies. This is always a risk, but I have found it most effective to activate the experiential side of folks’ brains, and to facilitate feeling and not just thinking.

“How did it make you feel?” asked Goodenough as she sent participants into breakout rooms for further discussion, declaring that “critical feeling” is “just as important as critical thinking.”

One woman took issue with the scenario describing a woman being ignored by her boyfriend or husband.

“You do not seem like the kind of person that would automatically just assume that a woman is dating a man,” the participant told Goodenough, "but I will say that it did not faze me when you talked about parents, and then I just realized when we were talking in our group how I must carry that privilege with me as someone that has two parents that have been married, and it’s their first marriage, and they’re going strong.”

One of the participant’s friends chimed in to offer her thoughts.

“As a queer female who is not in a heterosexual relationship, it made me really upset just to hear the whole male-female dynamic,” the participant said. “It’s very irritating to me that that’s what our society focuses on.” 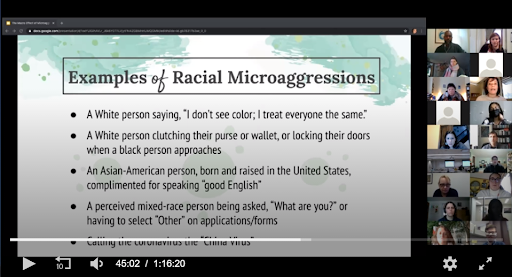 Campus Reform reached out to Goodenough and Viterbo University for comment; this article will be updated accordingly.