Two students for the University of Northwestern - St. Paul started a change.org petition to stop their school from teaching Critical Race Theory.

The university president responded by saying he does "not agree" with the petition's allegations.

Two students for the University of Northwestern, St. Paul have launched a petition calling on the school to turn away from Critical Race Theory and other progressive ideologies, arguing that such theories run counter to the school's Christian foundation.

"Intentional or not, exchanging the biblical worldview and faithful Christian teaching for those worldviews rooted in anti-biblical ideologies such as Marxism, Postmodernism, Social Justice Theory, Critical Race Theory, and Intersectionality leads down a destructive one-way road from which you cannot return," the petition states.

[RELATED: Author of debunked 1619 Project to join UNC as 'Knight Chair in Race and Investigative Journalism']

"As students, it is our sincere and sober conviction that our beloved University is at a turning point," the petition begins. "In light of recent events and controversies, both on and off our campus, we believe we are at a turning point that is perhaps more significant than any other in its history. '

The petition states that it is the Church's responsibility to "correct falsehood."

“We look around at our nation and our world and see that these are dire times. Now, as [it] has always been, it is the Church’s responsibility to defend the truth and correct falsehood (2 Tim. 2:15; 1 Pet. 3:15; Jude 3). As individual members of Jesus’ worldwide body, his bride, each of us live unified under one banner: preaching one Word, proclaiming one Gospel, serving one God (Eph. 4:1–6). We earnestly desire this blood-bought unity, and we will seek to preserve it, but we cannot do so at the cost of truth.”

The petition lists examples and links of examples of the school's implementing of CRT, including mandatory implicit and racial bias training for staff, student leaders and others, affirmative action hiring practices, and changes to the core curriculum to include greater cultural competency.

“I have been gravely burdened by the trajectory I have seen my school going down,'' Hayley Tschetter said in an interview with Campus Reform. “It’s a path similar to many Christian schools have taken before and it never ends well. My heart is hurting for those who are suffering and in pain, but I also believe that CRT deepens the racial divide rather than healing it. It was written out of a deep love for my school and for the students and faculty there, desiring them to remain firmly fixed upon the Gospel rather than turning to other ideologies. The letter took well over four months to write and formulate, so we tried to be as thorough as we could possibly be.”

The President of University of Northwestern St. Paul President Cureton has responded to the petition in an email that was sent to the student body.

The email stated that he doesn't agree with the petition, but recognizes their right to express their view.

“So, while I do not agree with the characterizations and theories in the recent petition about the diversity and inclusion efforts at Northwestern, I also recognize each community member’s right to freedom of speech and to expressions of beliefs and convictions.”

“I appreciate Dr. Cureton's statement regarding the freedom we have to express our views, however his dismissal of the ideas we presented was deeply discouraging,” said Tschetter. “We were hoping for more substance and a stronger stance taken against CRT within a response to our letter. Honestly the whole campus' biggest question now is what does Dr. Cureton really think, because he was so non-committal in his response.”

The petition has so far garnered over 2,300 signatures

“I am more than a little surprised with how many signatures we've received just in this short amount of time,” said Josh Feland in an interview with Campus Reform. “It's truly amazing how God has worked to spread this message completely organically."

"No huge news sites or commentators with large followings have picked up the story; it's all been spread by word of mouth,' Feland added.

As just one example of such ideologies taking hold on campus, Tschetter and Feland pointed to a list of student demands including adjustments to "core curriculum." 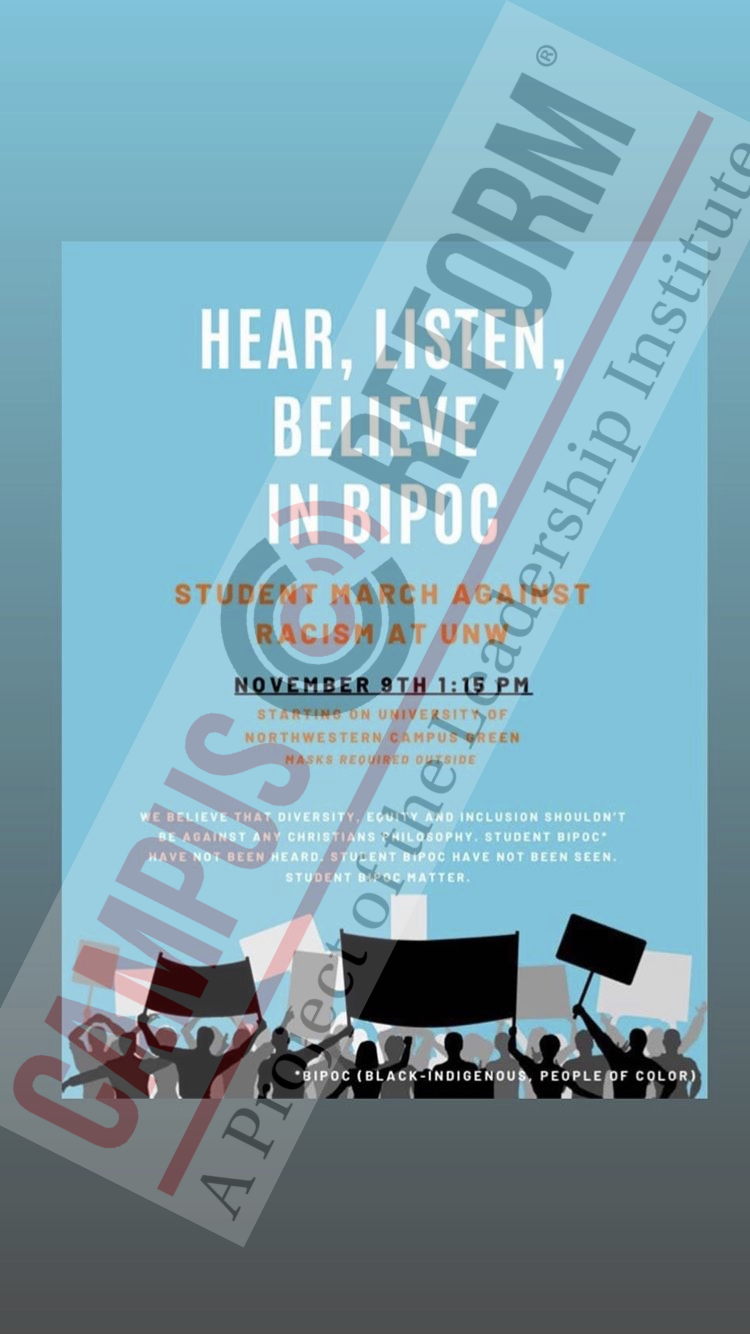 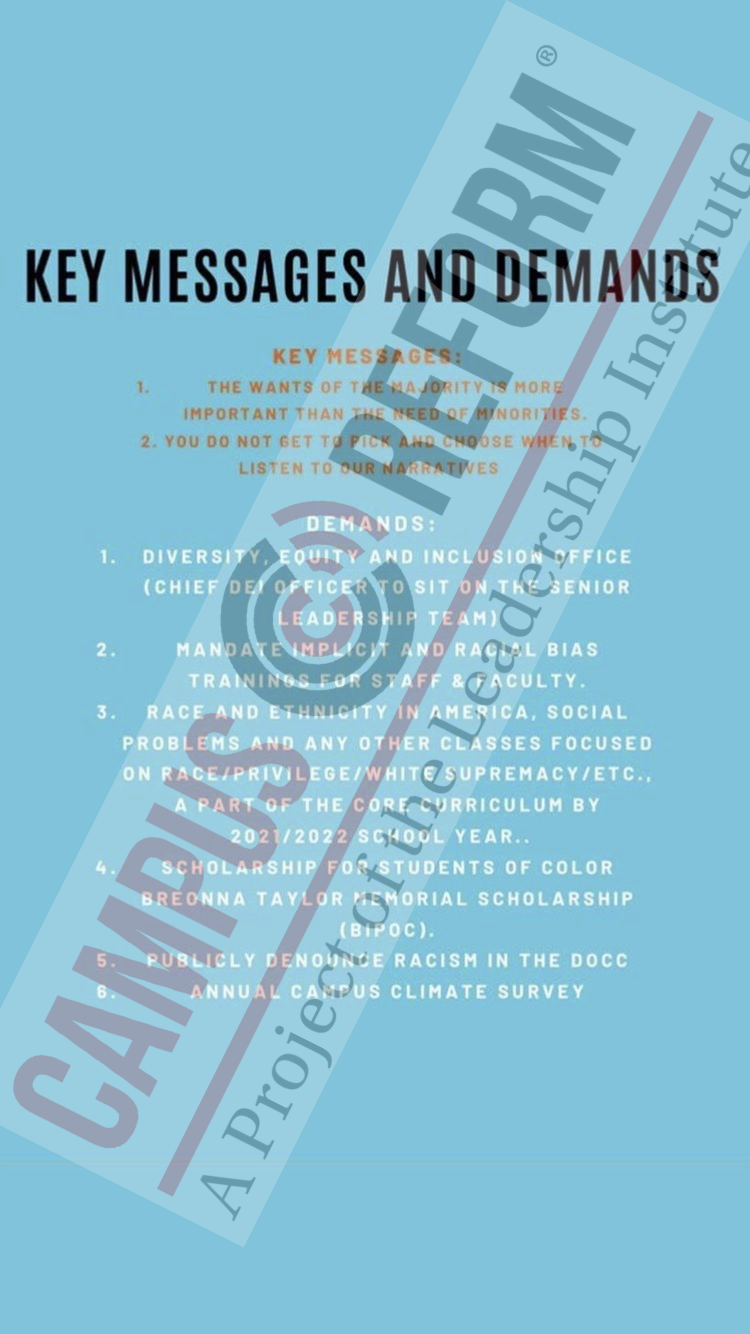 The University of Northwestern, St. Paul has not responded for comment. 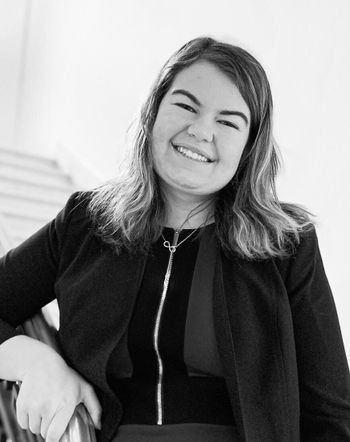