A co-author of the resolution claimed this action was necessary due to Trump’s policies affecting marginalized people.

The Northwestern University Associated Student government is calling for one conservative Board of Trustee member to be removed from the school's presidential search committee.

Outlined in the “Resolution for the Recusal of J. Landis Martin from the Presidential Search Committee” are the reasons the student government voted 17-1 to dismiss Martin on June 2nd.

The resolution lists that that “Northwestern University students are a diverse population that identify with many of the groups that Donald Trump harmed during his campaign and presidency,” and also “the conservative political ideology of Donald Trump, including those that support him, do not align with the views of the average Northwestern undergraduate.”

Once asked what was the motivation behind co-authoring the resolution, Scaletty stated, “It’s my hope that this encourages future consideration for how people in positions of power have affected NU students, directly or not.”

Scaletty continued, “by contributing to Trump’s campaign, Martin helped cause a lot of pain for communities at NU, as Trump went on to implement policies that were dangerous for marginalized people. I’m hoping that this legislation pushes these issues to the front and centers marginalized voices.”

While recording an episode for The Deep End’s episode on the ASG, Deep End reporters discovered Martin’s donations to the Trump Victory political action committee, totaling up to $30,000 in 2016. These funds are cited in ASG’s call to remove the committee member.

“During the time that The Deep End [wrote] its most recent piece, the journalism team learned of his involvement with Haliburton and Trump, and we wanted to fight against his presence in a board of people meant to choose the next Northwestern President.” Scaletty said.

Visible on The Deep End’s Facebook page are pushes to raise funds for The Brave Space Alliance, a “Black-led, trans-led LGBTQ+ Center” which donates specifically to transgender peoples as well as for the Black Lives Matter organization.

Although resolutions passed in ASG are claimed to be representative of the student body, David Grow, Student Senator for Nortwestern’s College Republicans told The Daily Northwestern that this legislation is not indicative of Republicans on campus.

“A lot of people in the Northwestern administration are left-leaning,” Grow said. “I felt as if what it really boiled down to was they don’t want somebody that could possibly be against what they stand for.”

Despite this resolution passing almost unanimously in ASG, it is noted by Executive Officer of Accountability Margot Bartol that this resolution going into effect and removing Martin from his position is unlikely, as stated in The Daily Northwestern.

Campus Reform reached out to Northwestern University Media Relations, but did not receive a reply in time for publication. 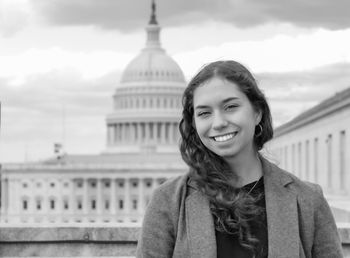