Providence has introduced a municipal reparations program for Black and indigenous people that RWU will manage.

The money will be used primarily for compensation, including $15,000 designated for 'supporting faculty.'

Roger Williams University has officially been hired by the city of Providence to oversee a new reparations program for the city’s black and indigenous population.

According to the city’s proposal for the program, RWU will be paid a generous $99,196 to oversee an effort of community outreach, also known as reconciliation. The university’s responsibilities will include identifying stakeholders, crafting key goals for reparations, and developing a framework for future phases of the program by the end of the year. RWU will also lead community conversations about the city’s history, and discussions about the reparations program's potential structure and goals.

The Providence Cultural Equity Initiative is listed as a subcontractor for the reparations proposal and the Providence Public Library as a partner.

According to the document, the Providence Cultural Initiative will receive $35,000, leaving $64,196 going to the university.

"For decades, Roger Williams University (RWU) has been establishing its role as a resource to historically under-resourced and underrepresented communities through its social justice-oriented community programming and policy centers at its Providence-based University College," the proposal states.

The Boston Globe reports that the university was the only organization to bid for the contract.

According to the proposal, "community meetings" in areas that have "historically been populated by African heritage and indigenous communities" will take place.

The proposal submitted by the university states that they plan to submit their reparations plan to the City of Providence by December 31. 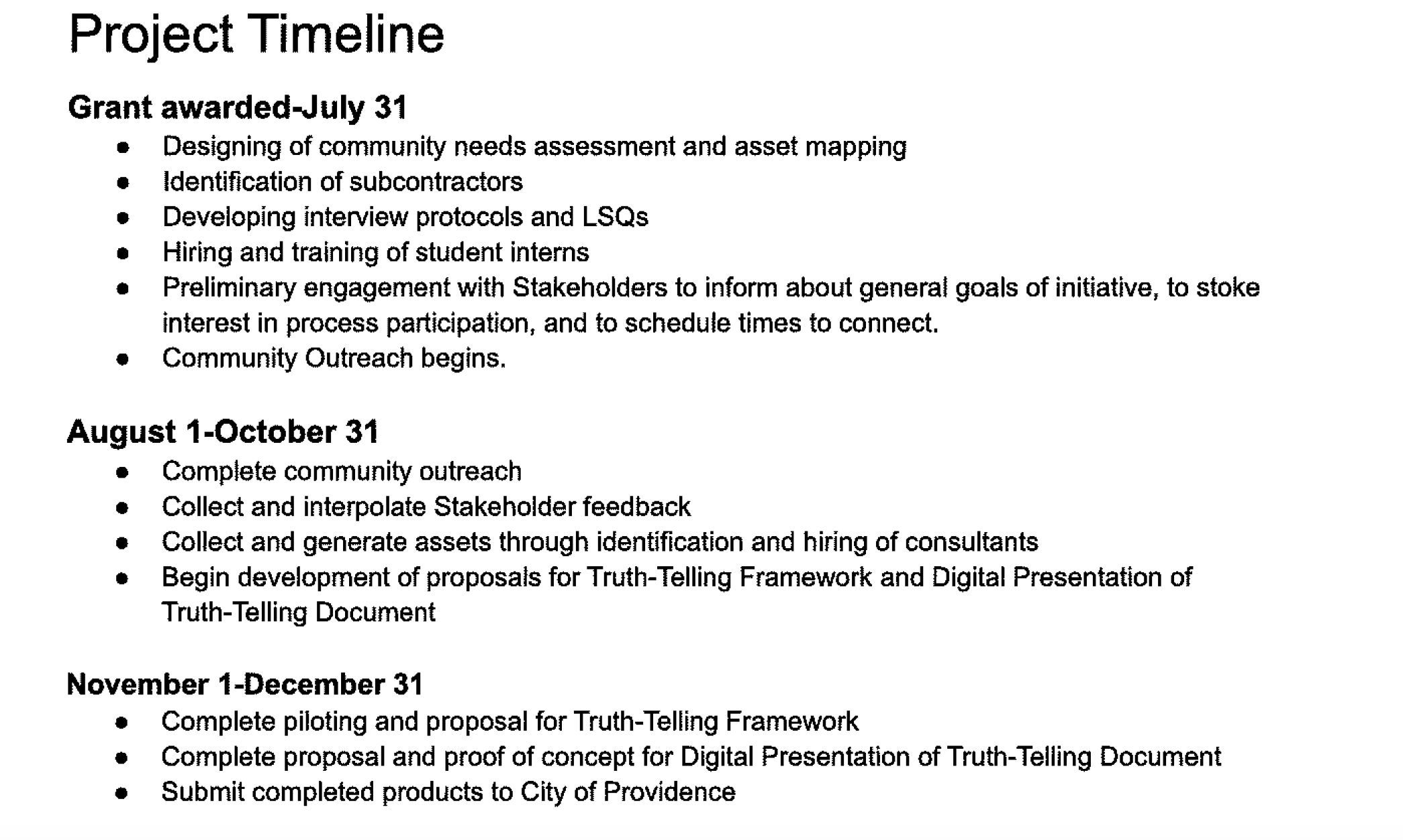 The $99,196 will be used primarily to pay people working on the projects, but will also be used for food as well as "design and printing," according to the proposal.

For example, one professor at Roger Williams University, Brian Hendrickson, will be paid $29,484 for "Support for 0.5 summer months and two-course releases in Fall 2021."

The "Supporting faculty" pool affiliated with the project will be paid $15,000, and RWU undergraduate students will be paid $12.25 per hour for a total of 50 hours of work.

Providence Mayor Jorge Elorza is known for his determination to stress the city’s past involvement with violence against people of color, particularly in regards to the slave trade.

Leana Dippie is Florida Campus Correspondent with Campus Reform. She is a student at the University of Florida double-majoring in Political Science and English. Leana is involved with numerous law-related organizations, political-related organizations, and honors societies on campus. She was an intern for the Trump campaign in 2020 and has become increasingly involved in the political world over the past year - recently being named an o...