As anti-communist protests in Cuba persist, Erik Suarez is working with members of the student government to get Pennsylvania State University to remove the quote.

The quote is featured on a wall in the university’s Paul Robeson Cultural Center.

After Campus Reform's reporting, the university has decided to remove the quote.

Amid protests in Cuba against the communist regime, Pennsylvania State University is facing scrutiny over a wall featuring a long-displayed quote by Fidel Castro, Cuba's former dictator.

On Tuesday, Erik Suarez, a PSU student and former student government deputy director of outreach, tweeted his opposition to the quote. Suarez referred to the display as “propaganda.”

"A few days ago I posted about how my university @penn_state had a wall in a university office area with a Fidel Castro quote."

A few days ago I posted about how my university @penn_state had a wall in a university office area with a Fidel Castro quote.

I again want to raise my voice and condemn the spread of socialist propaganda on campus, specially now with what happens in #Cuba pic.twitter.com/Aq2FVenpci

The wall is located in the Paul Robeson Cultural Center, where students go to study and buy food and school supplies.

Suarez, an émigré from Venezuela, told Campus Reform that he was deeply shocked and disappointed with the school’s decision to display the Castro quote.

“[It] represents all the pain, suffering, and misery that my country [Venezuela] is going through. And to see this on a campus building and cultural center is deeply painful, especially because of my love for Penn State,” Suarez said. 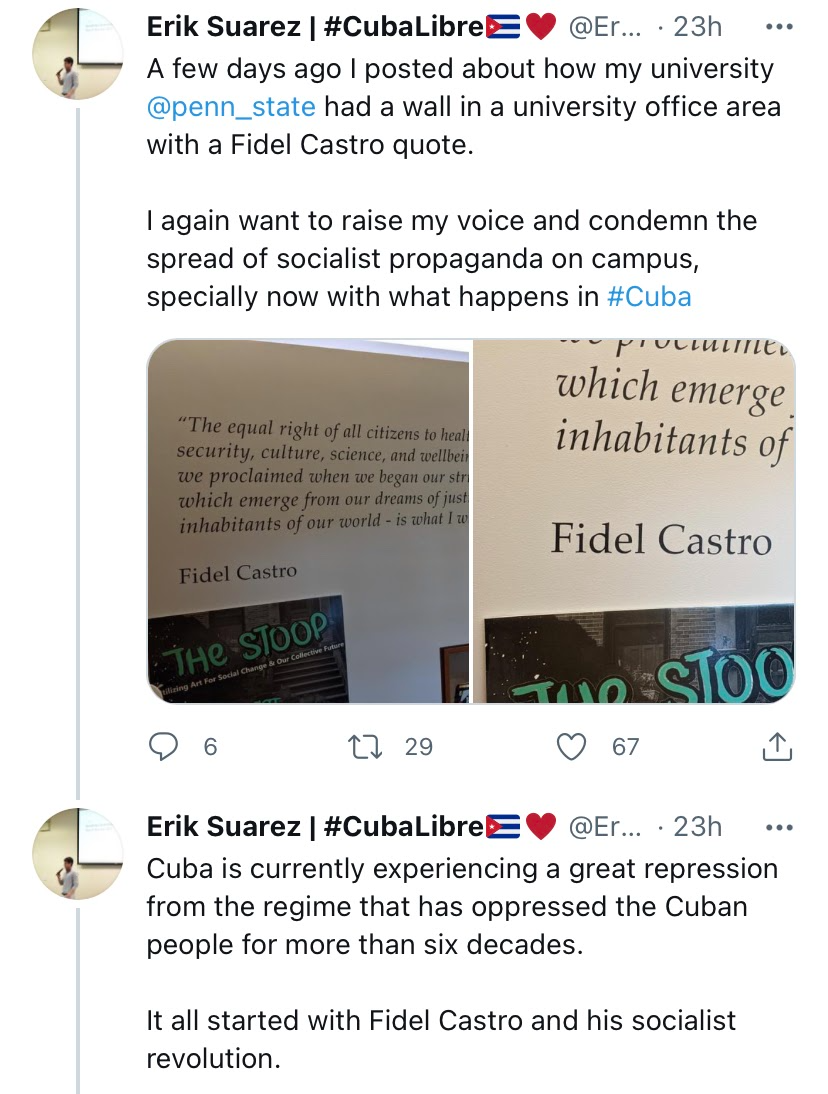 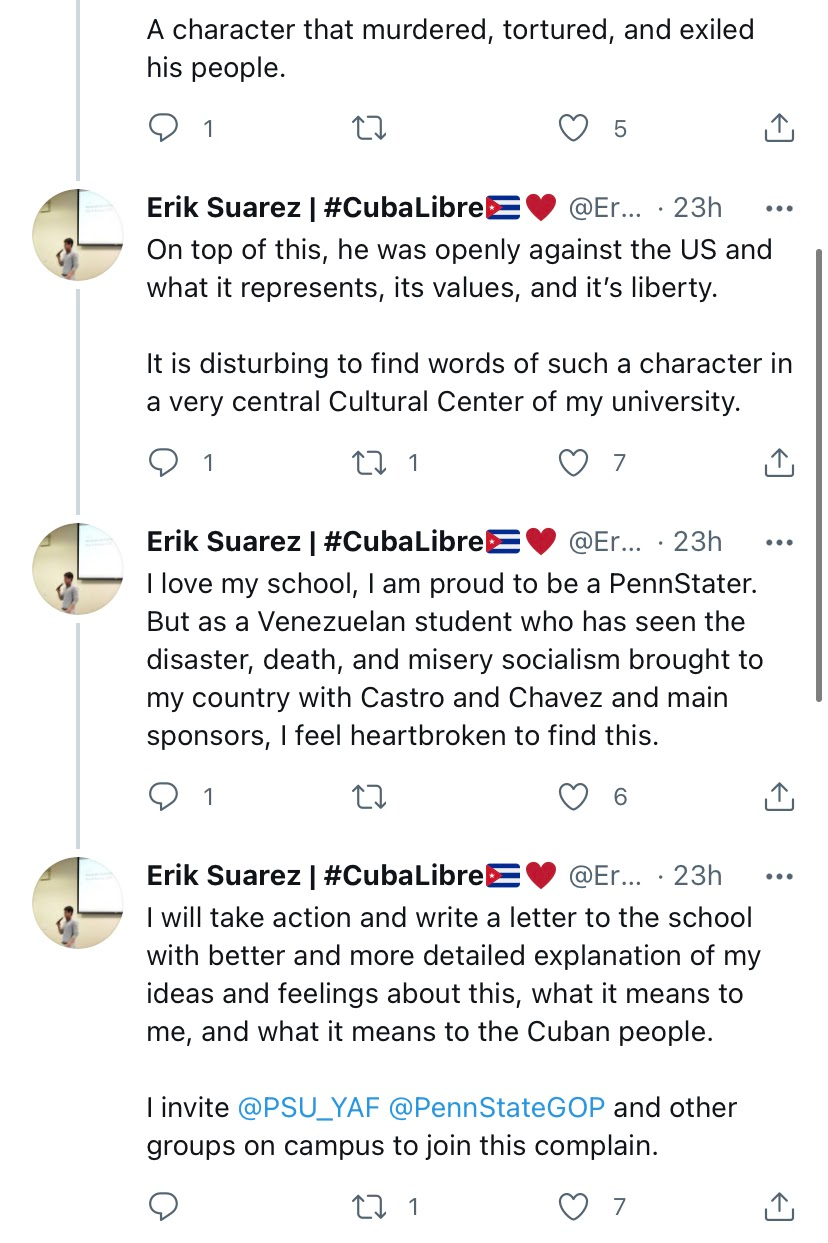 When asked what he plans to do about this disturbing display, Suarez said “I will use all the influence and contacts I have inside [of student government] to try and make a change. It doesn't matter what side you're on, denouncing authoritarianism should be a movement we all should be part of.”

“This is a fight against authoritarianism in general. No one should be in favor of a quote by Pinochet, Trujillo, and other dictators as well,” Suarez added.

Joshua Reynolds, an at-large representative in University Park Undergraduate Association, PSU’s student government, is one of those contacts that can help Suarez.

Reynolds told Campus Reform that it is “deeply concerning that Penn State chose a lifelong dictator, whose hands are stained with the blood of many thousands, as someone to be honored in the Paul Robeson Cultural Center.”

Reynolds plans to work with Suarez and others, especially international students, to put forth a resolution that “pressure[s] Penn State to be more responsible in its messaging.”

“The university should opt to clean its wall and recognize a Cuban who has saved lives rather than ended them, such as Carlos Juan Finlay, or Adolfo Fernandez Cavada,” Reynolds said.

In an email obtained by Campus Reform, Frank T. Guadagnino, the vice president for administration at Pennsylvania State University, said that the Fidel Castro quote is being removed. 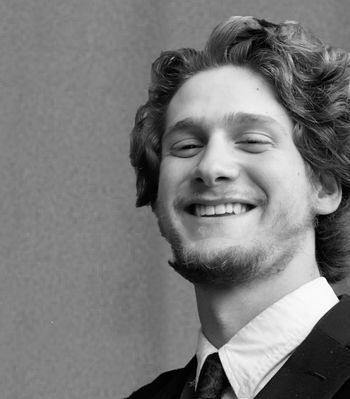