One incoming student at BYU-Hawaii was denied a COVID vaccine exemption even though she has a rare condition caused by a previous vaccine.

The student submitted a doctor's note to the university which states that the COVID vaccine 'will endanger her health and possibly her life.'

One incoming Bringham Young University-Hawaii  student will not be able to attend the school this fall after the university denied her coronavirus vaccine exemption request, which she filed due to being previously paralyzed after receiving a previous vaccine.

According to documents reviewed by Campus Reform, Olivia Sandor filed a vaccine exemption request and provided the university with a doctor's note explaining her situation. Her doctor advised her not to get the vaccine, noting that an influenza vaccine given to Sandor in 2019 caused her to develop Guillain Barre Syndrome; she was paralyzed from the waist down for several months.

BYU-Hawaii announced on June 16 they will be requiring the vaccine for all students beginning in the fall semester of 2021.

Sandor's doctor sent a letter to the university explaining the student's medical history.

"In January of 2019, [Olivia] received an influenza vaccine and within a couple of years developed Guillain Barre Syndrome and was very ill for a couple of months," the doctor's note reads. "Because of her history I believe a COVID vaccine or another influenza vaccine will endanger her health and possibly her life. I believe she should avoid these vaccines indefinitely."

After reviewing the request, Laurie Abregano, the director of health services at BYU Hawaii, told Sandor that she would still be required to get the coronavirus vaccine in order to attend the university.

"After careful consideration of your request for a medical exemption, we regret that we cannot accommodate your request," Abregano said. "Due to our unique location, diverse student population, and daily interaction with international tourists at the Polynesian Cultural Center, we must take extra precautions to protect our campus and community."

Abregano then told Sandor that either she can get vaccinated, or "consider attendance at one of the other church universities." 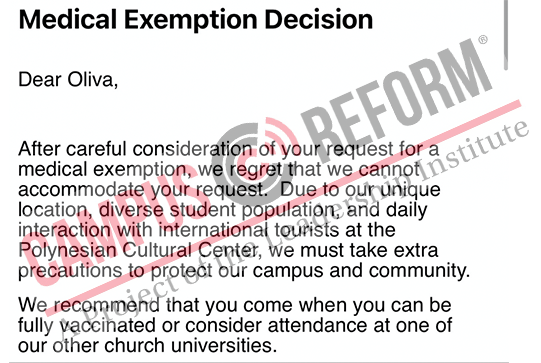 When Sandor appealed the decision to the president of BYU-Hawaii, the request was denied again, and the Student Life Vice President, Kala Kau, told her that "There are still viable alternatives for vaccination without risk of GBS." 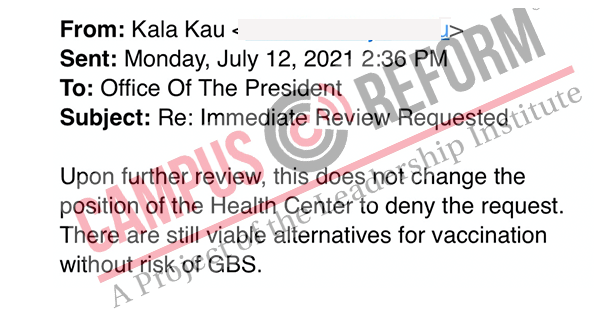 In a TikTok video explaining her situation, Sandor said that getting the vaccine is "not a choice for me," due to her medical situation.

Sandor told Campus Reform reporter Ophelie Jacobson that a lawsuit against the university "isn't out of the picture," but said that BYU-Hawaii is no longer her dream school based on how they've handled this situation.

"As of now, I'm going to be moving to Utah, and I think that's a good opportunity for me and there's a lot out there, but I'm not sure which university I'll attend because all of my scholarships are now gone," Sandor said.

According to the Christian Post, Sandor lost $200,00 in scholarships when she turned down other schools to attend BYU-Hawaii.

Campus Reform reached out to BYU-Hawaii but has not received a response.

Ophelie Jacobson contributed to this article. 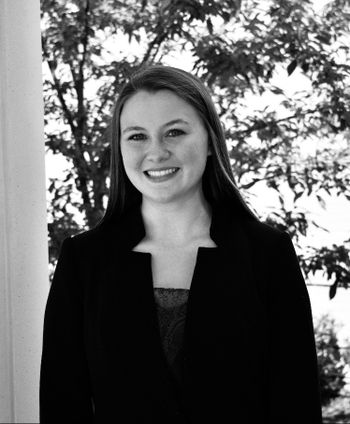