At least two dictionaries define 'woman' as an 'adult female.'

Trending
1
Stanford band mocks Christians during halftime show
By Thomas Stevenson '23
2
Harvard Law instructor: 'It is our civic duty to accost' the '6 justices who overturned…
By Blake Boudreaux  '25
3
UChicago announces 'The Problem with Whiteness' course
By Caroline Cason  '22
4
Steven Crowder delivers fake ‘Fatness as Self-Care in the Era of Trump’ paper in drag a…
By Katelynn Richardson  '22
5
Will Witt responds to students' accusations that he is a 'fascist'
By Kate Anderson
6
College drops disciplinary charges against conservative student
By Toni Airaksinen
Amelia Scarponi '23 | Massachusetts Campus Reform Correspondent
Tuesday, August 10, 2021 2:00 PM

Kenneth Moody recently wrote an op-ed in the Daily Nexus, the university's student newspaper, arguing that "female" is a “dehumanizing” and “sexist" term for women.

[RELATED: Harvard calls women 'birthing people' because 'not all who give birth' are women]

“The word 'female' needs to retire [because] it reaffirms our entire binary gender system. If we are to move toward a more inclusive society, then our language needs to change and stop equating being female to be a woman,” Moody wrote.

Likening "female" and "women" to "gay" and "homosexual, Moody wrote, "The clinical terms of 'female' and 'homosexual,' when used in everyday conversation, give an impression that women and gay people are a different species from 'normal' cisgender and heterosexual men and therefore less human."

Moody's argument is not without precedent.

In 2016, Robin Lakoff similarly argued that "female" is a "bad word." Writing in Time Magazine, the UC Berkeley professor stated that equating a woman with a female is to “subtly downgrade her to a lower mammalian status, rather like calling a guy an ‘ape.'”

Both Merriam-Webster and the Oxford English Dictionary define a woman as an “adult female" person.

Campus Reform reached out to the University of California, Santa Barbara, Lakoff, and Moody for comment; this article will be updated accordingly. 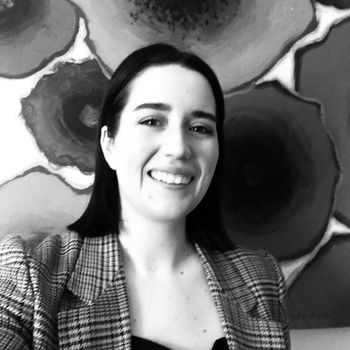