Who is this for? University's anti-racism video only mentions one race.

The University of Utah has created an 'Anti-Racism' committee which will 'interrogate' different policies and practices at the university.

The video mentions an emphasis on 'events of racism across all intersections of identity,' but fails to mention any other race or group other than 'anti-Blackness.'

The University of Utah has formed an "Anti-Racism" committee which will be tasked with "improv[ing] the overall campus climate regarding issues and events of racism across all intersections of identity."

The video, however, only mentions one race.

"One of our priorities is the intergroup dialogue, and this is happening right now. This intergroup dialogue is focused on anti-Blackness and really understanding the ins and outs of anti-Blackness and how it might show up at the University of Utah," Bryan Hubain, the associate vice president for Student Development and Inclusion, stated in the video.

At no other point in the welcome speech is another racial or group identity mentioned.

In the video, Hubain also said that the committee will be used to "interrogate" different policies and practices at the university in order to be "anti-racist."

"Racism takes forms that can happen in many places and can be subtle or overt. Racism can be revealed through people’s actions, as well as their attitudes. But most importantly, racism can be reflected in systems and also institutions. Institutions very much like the University of Utah," Hubain said. "This is why in creating an inclusive campus, we must interrogate our policies, our processes, and our practices. Only then, we can truly be anti-racist."

[RELATED: Want to work in the University of Utah’s gym? Better bring your ‘racial equity’ creds.]

However, the committee isn't necessarily a new creation, as the university explains that this is a rebranding of the university's Anti-Racism Task Force, which aimed at a "swift action to address racism."

According to Hubain, the committee will be a "Think and Do Tank," which he defines as "a way of us working together, having conversations, but also mapping out the things that we can do to create change."

The anti-racism committee is part of a larger effort by the University of Utah Department of Equity, Diversity & Inclusion titled "One U Thriving," which consists of a steering committee with four teams: the Anti-Racism Committee, Universal Design & Access Committee, Racist and Bias Incident Response Team, and the Presidential Commission on the Status of Women.

[RELATED: 'Independent journey with anti-racism' is now a job requirement at Bard]

The anti-racism committee, according to the website, "advises the Steering Committee on the overall campus climate regarding issues and events of racism across all intersections of identity and bias."

According to the university website, the Racist and Bias Incident Response Team responds to "racist and bias incidents on campus." In 2020, a new job was created to manage "the processes developed by the committee and works closely with the team as it continues to advise, support, and assist in the implementation of university responses."

Campus Reform reached out to the University of Utah and Hubain for comment but did not receive a response. 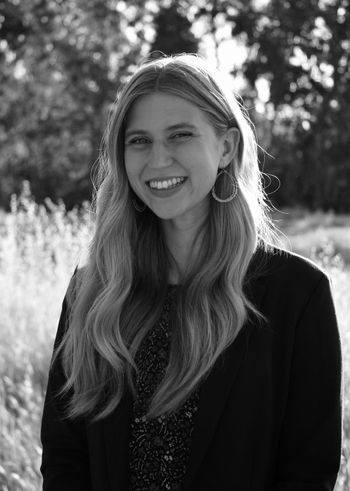