As part of the curriculum, students will give presentations on topics that involve their classmates' romantic lives as they relate to race.

The University of North Carolina is offering a class called "Global Whiteness," which involves student presentations on Trump and interracial hookups on campus.

Campus Reform obtained the fall 2021 syllabus, covers the concept of race since the 19th century, but also contains what appears to be revisionist narratives of American history, specifically World War II.

Specifically, the syllabus appears to place blame for the Pacific Theater on America and the West. The course overview describes World War II in the Pacific as "the first global attack on white Anglo-American hegemony" and "Japan's attempt to roll back Euro-American colonialism."

A previous iteration of the course, taught in 2019, included a class session titled "Nasty, Angry White People," according to an earlier syllabus reviewed by Campus Reform.

Students in the course will be required to give a presentation based on one of 32 listed topics. One of the topics is, "How is Trump racist?" 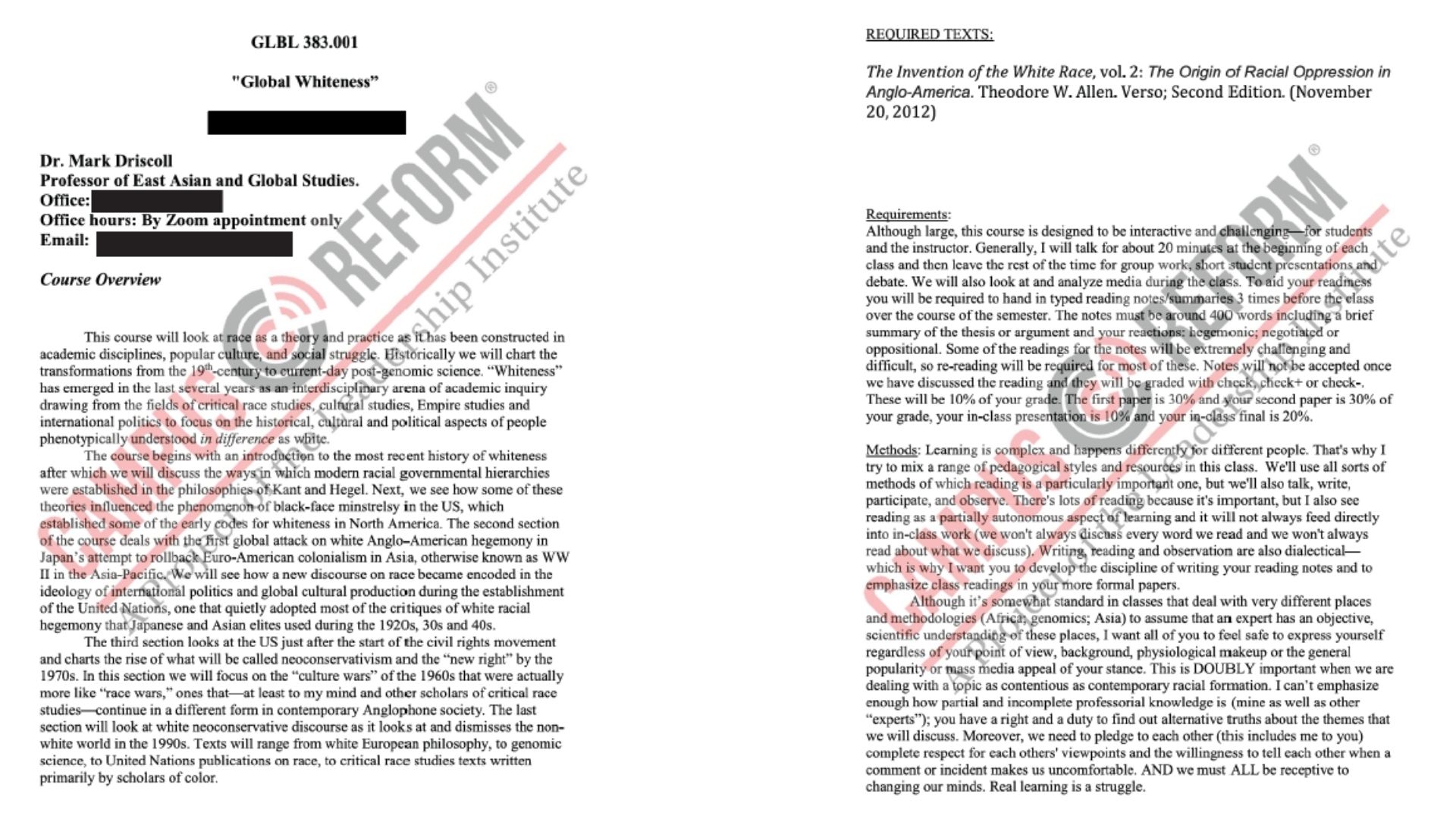 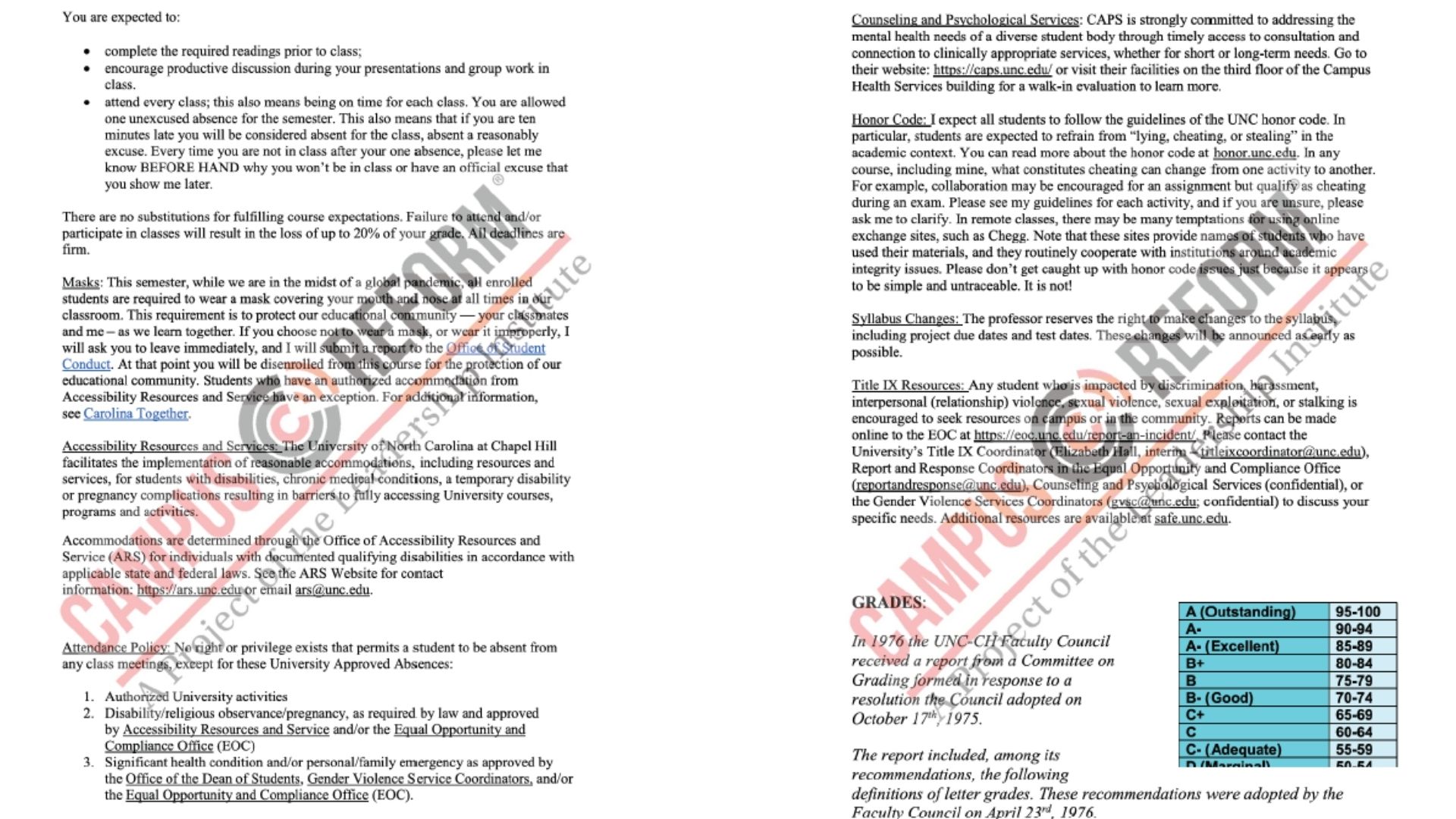 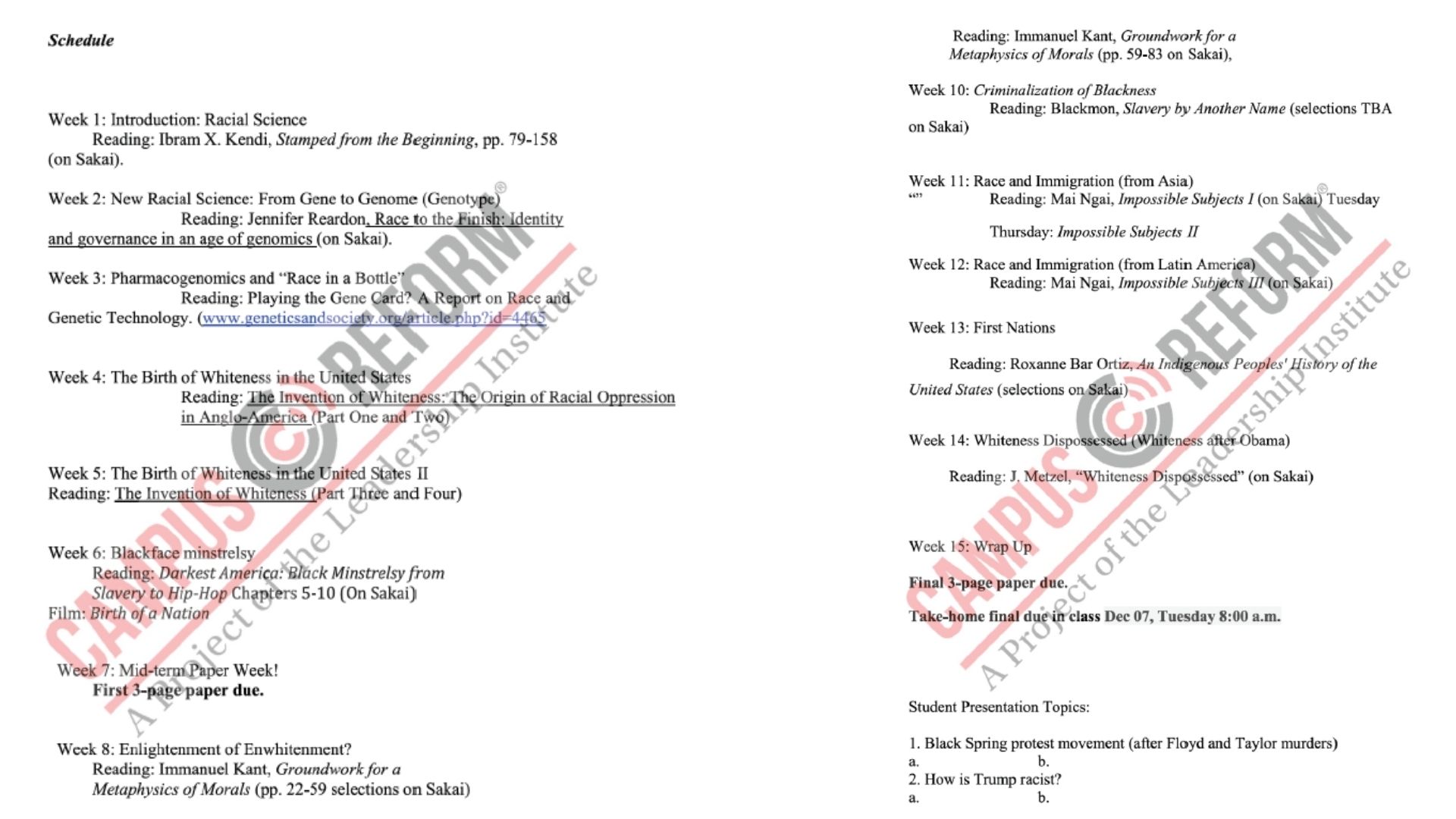 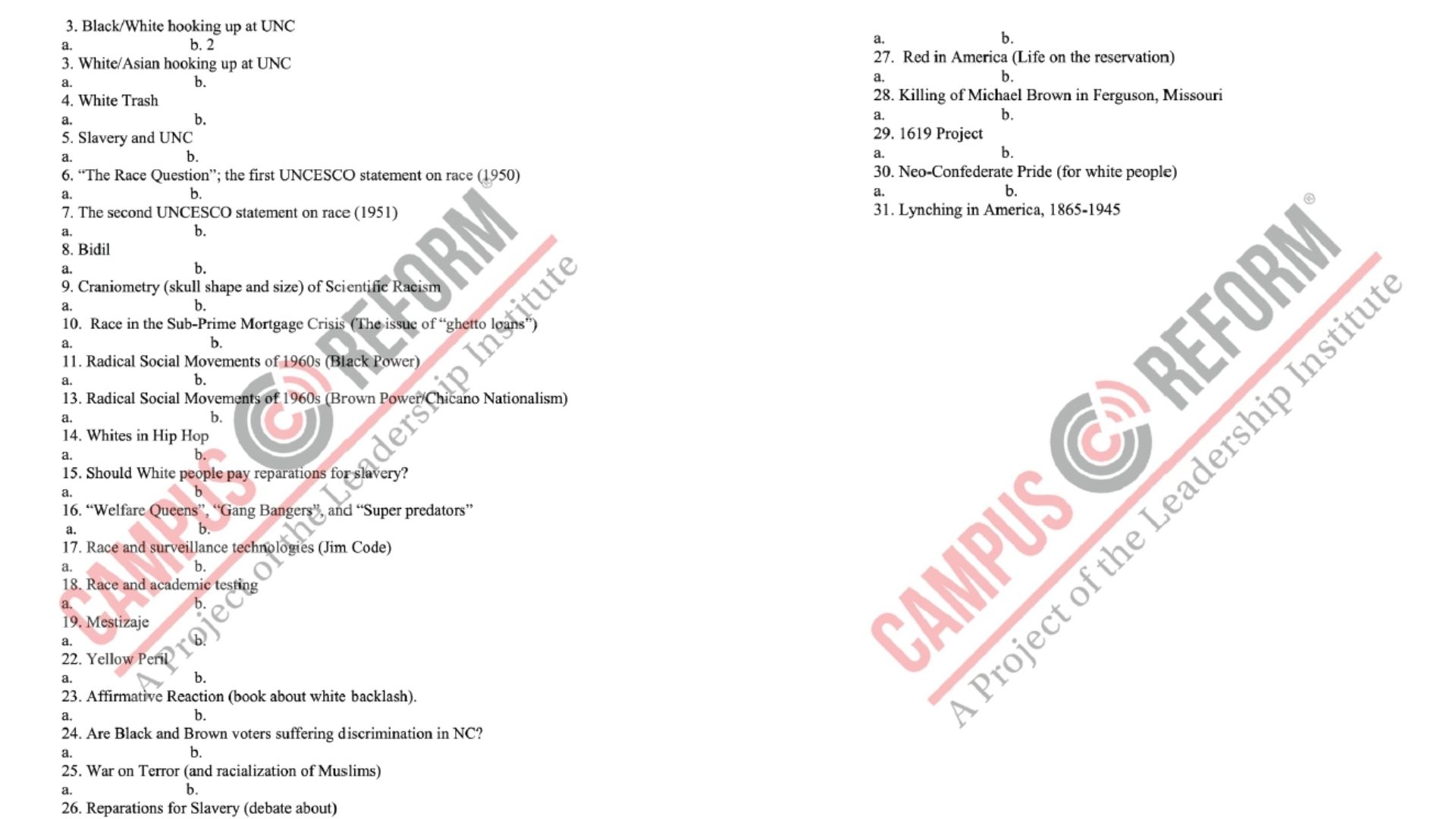 Other student presenters will cover race in the context of their classmates' romantic lives through the topics, "Black/White hooking up at UNC" and "White/Asian hooking up at UNC." The list of topics also includes "White Trash," "1619 Project," and "Should White people pay reparations for slavery?"

[RELATED: 'You may have oppressed somebody:' Prof to White student who said he left his house that day]

Professor Mark Driscoll, who teaches the course, writes a robust defense of free speech in his syllabus:

"I want all of you to feel safe to express yourself regardless of your point of view, background, physiological makeup or the general popularity or mass media appeal of your stance...you have a right and a duty to find out alternative truths about the themes that we will discuss. Moreover, we need to pledge to each other (this includes me to you) complete respect for each others' viewpoints and the willingness to tell each other when a comment or incident makes us uncomfortable."

In his faculty biography, Driscoll characterizes 1945 as "when the Allied Powers dismantled Japan’s extensive empire."

Campus Reform has reached out to Professor Driscoll for comment. This piece will be updated accordingly.