The paintings were added to a freshman dormitory prior to the start of fall semester.

Emory University, a Methodist institution in Atlanta, recently allowed a local artist and alumnus to paint murals promoting Democratic politicians and gay pride in one of its residence halls.

One of the murals reads “We’re here! We’re queer! Get used to it!” and features a mutli-racial crowd protesting at what appears to be a gay pride event. Also visible are a peace symbol and a sign that reads “the kiss”. 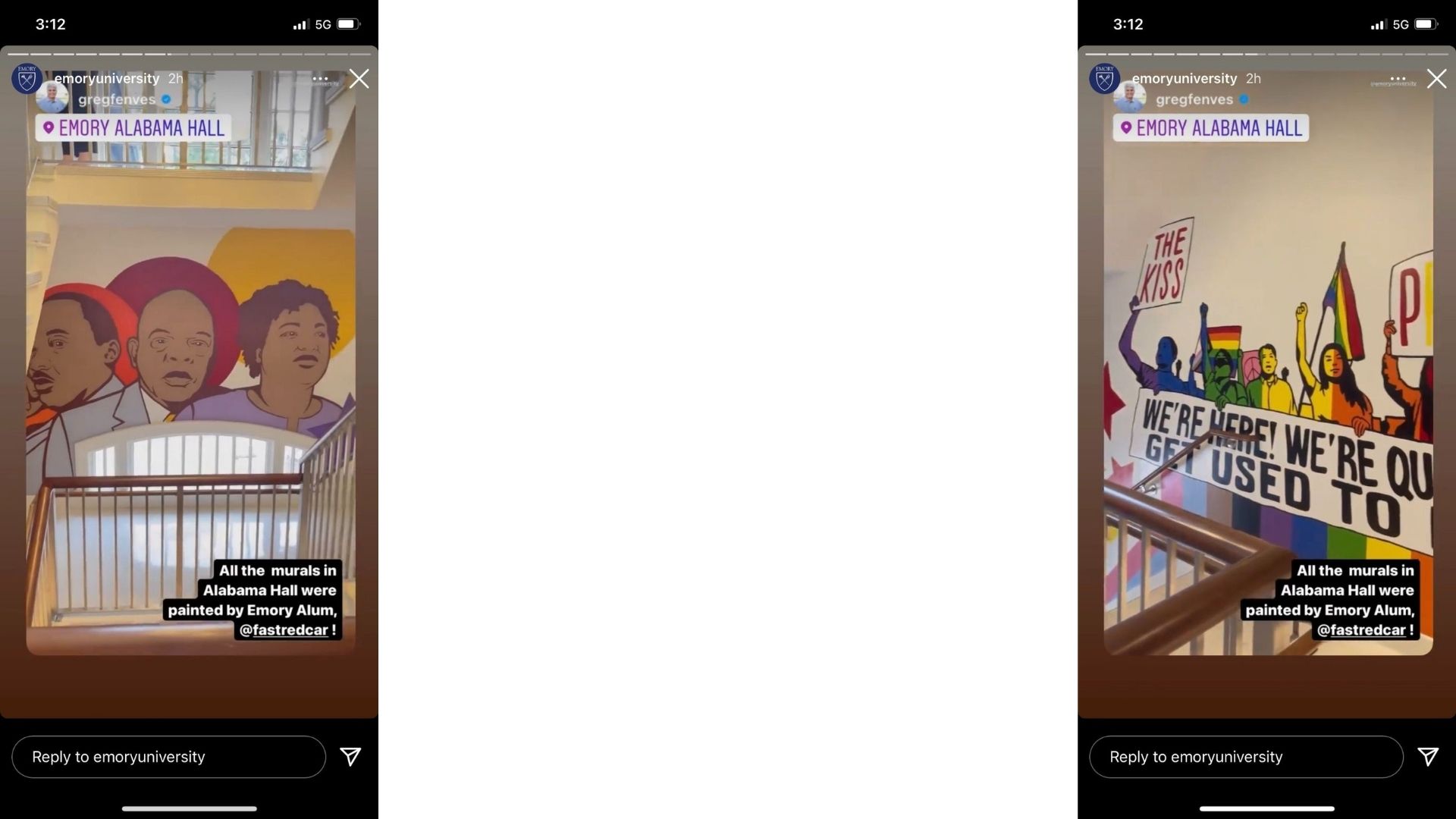 The other mural features two Democratic politicians native to the Atlanta area, deceased congressman John Lewis (D-GA) and former Georgia Gubernatorial candidate Stacey Abrams. The latter is notable for refusing to concede the 2018 election for Governor to Brian Kemp, who defeated her by a margin of 1.4%, or roughly 55,000 votes.

It also appears as if Martin Luther King Jr. was included alongside the two Democrats.

Both murals were installed in Emory’s Alabama Hall, a residence building designated for first-year students. They were completed prior to students moving in for the fall semester.

Greg Fenves, the university’s president, promoted the art on his personal Instagram account. The university itself also shared images of the murals on it’s Instagram story.

Emory University has not responded to Campus Reform’s inquiry as to if they paid to have the murals created or provided us with any kind of comment; this article will be updated accordingly.