As Confucius Institutes continue to close on college campuses, Taiwan is launching an alternative program to teach Chinese language and culture while promoting democratic values and its partnership with the U.S.

'I’m very happy to see that the Taiwan Center is filling that void,' an American official stated during the opening ceremony for one of the new Taiwanese institutes.

As dozens of Confucius Institutes close on college campuses, some may be replaced with Taiwan Centers for Mandarin Learning (TCML).

The initiative, known as the TCML Establishment Program, is a part of the U.S.-Taiwan Education Initiative, a memorandum of understanding signed by the American Institute in Taiwan (AIT) and the Taipei Economic and Cultural Representative Office in December of 2020.

Campus Reform previously reported on the threats posed by Confucius Institutes, including ties to the Chinese Community Party (CCP) and intellectual theft.

But despite international outrage and some centers' reported closures, Confucius Institutes remain active on dozens of university campuses.

Internationally, 18 TCML’s are currently underway, with 15 in America, including locations in Irvine, Silicon Valley, Baltimore, Washington DC, Princeton, and Tampa.

Like Confucius Institutes, TCMLs strive to teach the Chinese language and culture, however, they will retain American values of “freedom and democracy," Tung told Language Magazine.

“This is something that Confucius Institutes can simply not compete with," the minister added.

Tung also told the Tapei Times recently that Taiwanese-American relations in the latter's education sector severs as an "immense grass-roots resource" for the TCMLs.

Seth Cropsey, director of the Center for American Seapower at the Hudson Institute, told Campus Reform that “Minister Tung is wholly qualified to supervise the learning centers.”

“There’s no party line that professors at Taiwan universities have to follow," Cropsey said. "[Taiwan scholars] are allowed to do research and publish their findings, they’re not there to toe the party line unlike in China’s so-called academic institutions."

On September 2, Irvine, California, Vice Mayor Tammy Kim spoke at the inauguration ceremony for the city's new TCML. Kim said Chinese was "one of the eight languages critical to national security here in the United States."

"The Taiwan center is coming at the most critical time for us regarding our national security because the Confucius Institute is no longer allowed to work on any language projects," Kim added.

Kim is also program director at the Korean American Center at Startalk, a project of the National Foreign Language Center at the University of Maryland.

Speaking with Campus Reform, Kim said that there's now a "void of world language education" in the United States since many Confucius Institutes have closed.

"I’m very happy to see that the Taiwan Center is filling that void," Kim said. 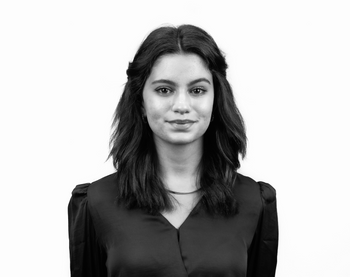