Among other modifications, the student appeared to cross out the word 'Life' in the phrase 'Pro-Life Is Pro-Women,' then wrote 'Choice' in its place.

Anthony James — operating under the username “brownskinqueer” on Twitter — declared on September 29 that he spent forty-five minutes erasing “copaganda, racist, and pro-life bullshit” from a sidewalk at Central Michigan University.

spent the last 45 minutes erasing copaganda, racist, and pro-life bullshit off a @CMUniversity sidewalk,, i think it’s so funny how the university just lets people write racist and misogynistic things all over the campus yet also preaches inclusivity at the same time,,,

Images provided to Campus Reform by the CMU College Republicans show their chalk displays crossed out and defaced with other slogans.

“It’s disappointing as a leader for this group to watch my members work so hard on their creations just for them to be destroyed a few hours later,” CMU College Republicans Vice President Hannah Hendley told Campus Reform. 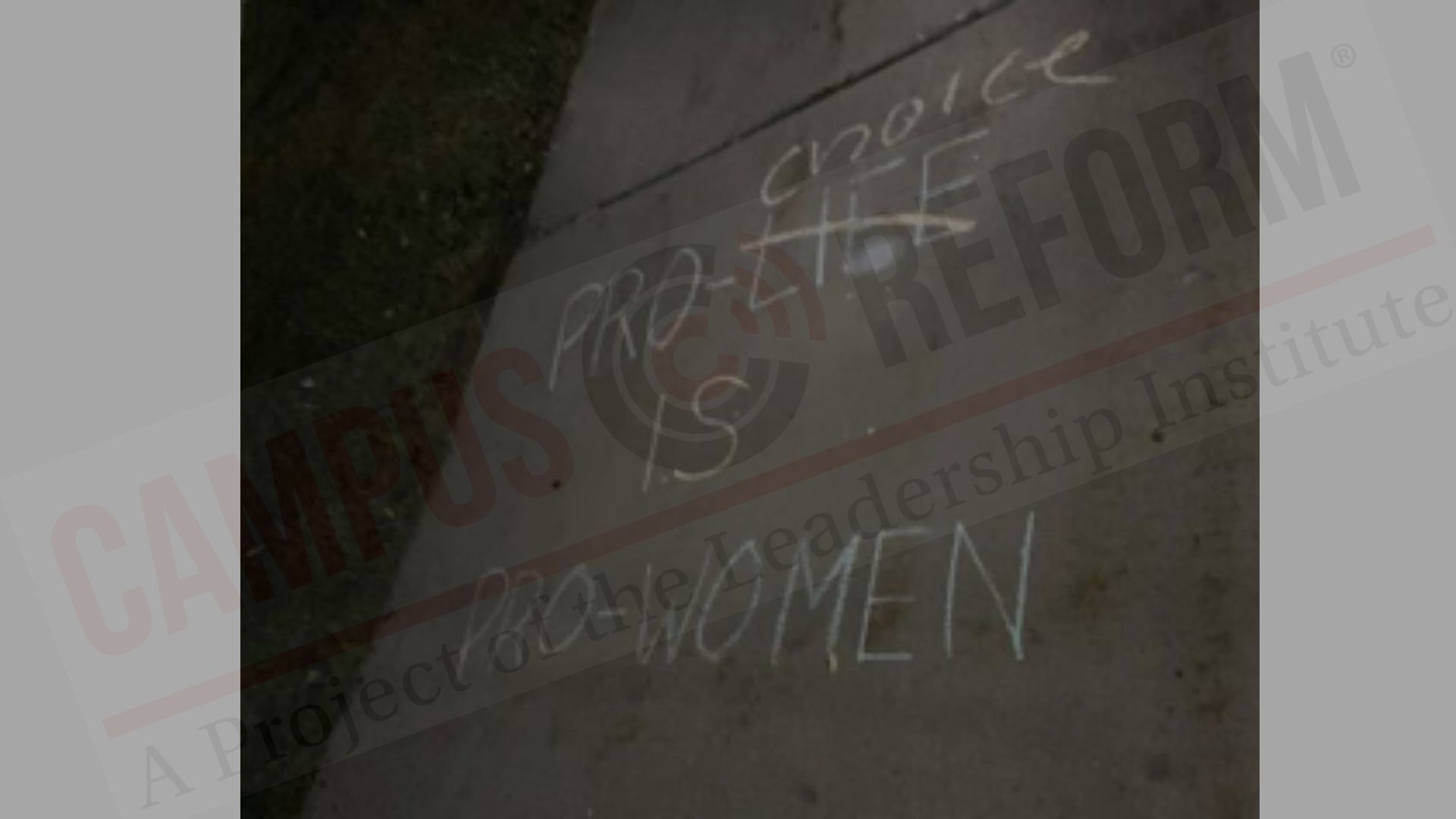 “You’d think at a campus where students preach so much for diversity and tolerance wouldn’t have a problem with other views being respectfully displayed," she added.

[RELATED: Yet another leftist tried to silence pro-life students on campus] 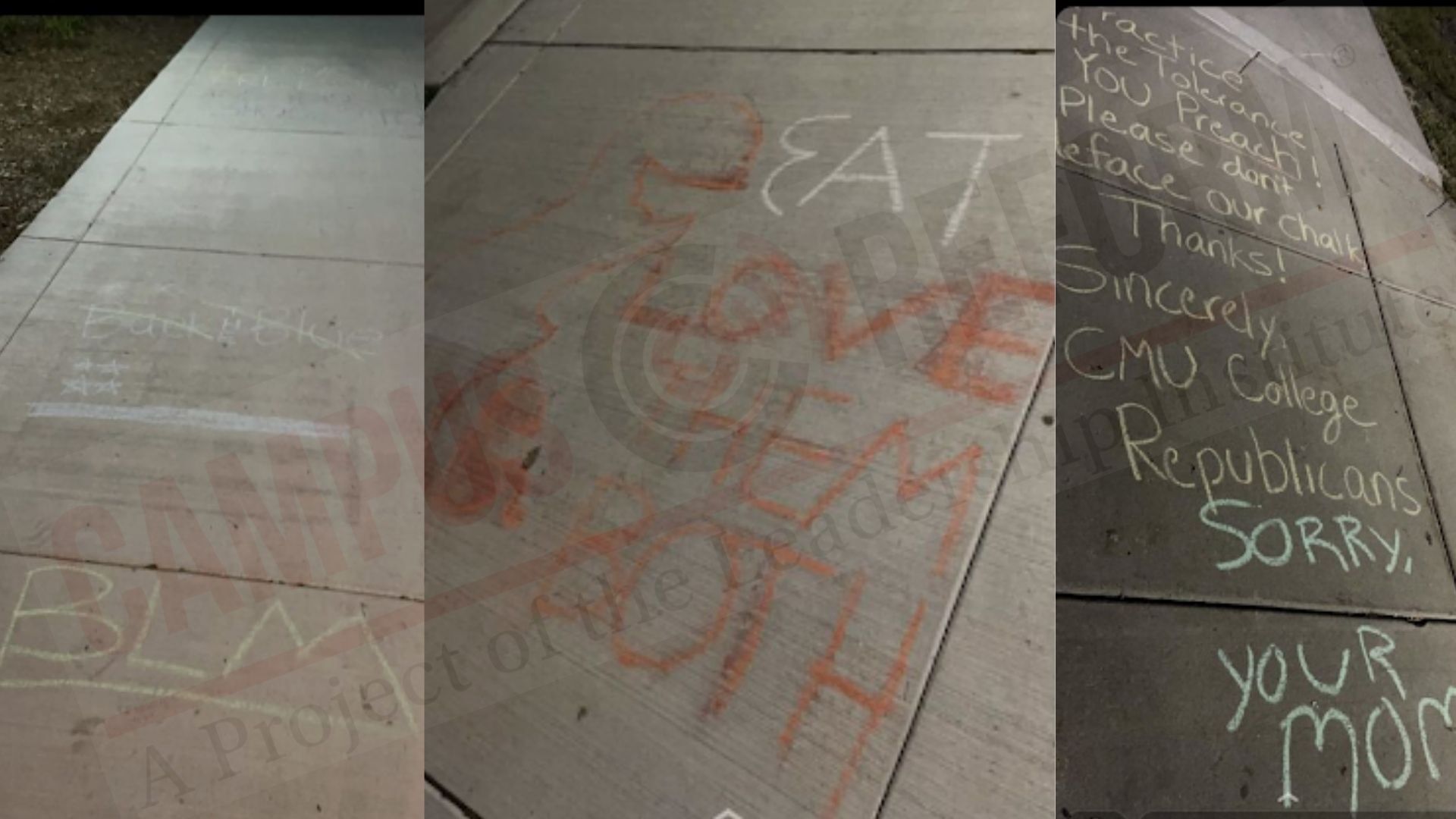 The CMU College Republicans also included a note requesting that their fellow students “practice the tolerance you preach” by not defacing their chalk drawings. Someone wrote “Sorry, Your Mom” below the message. 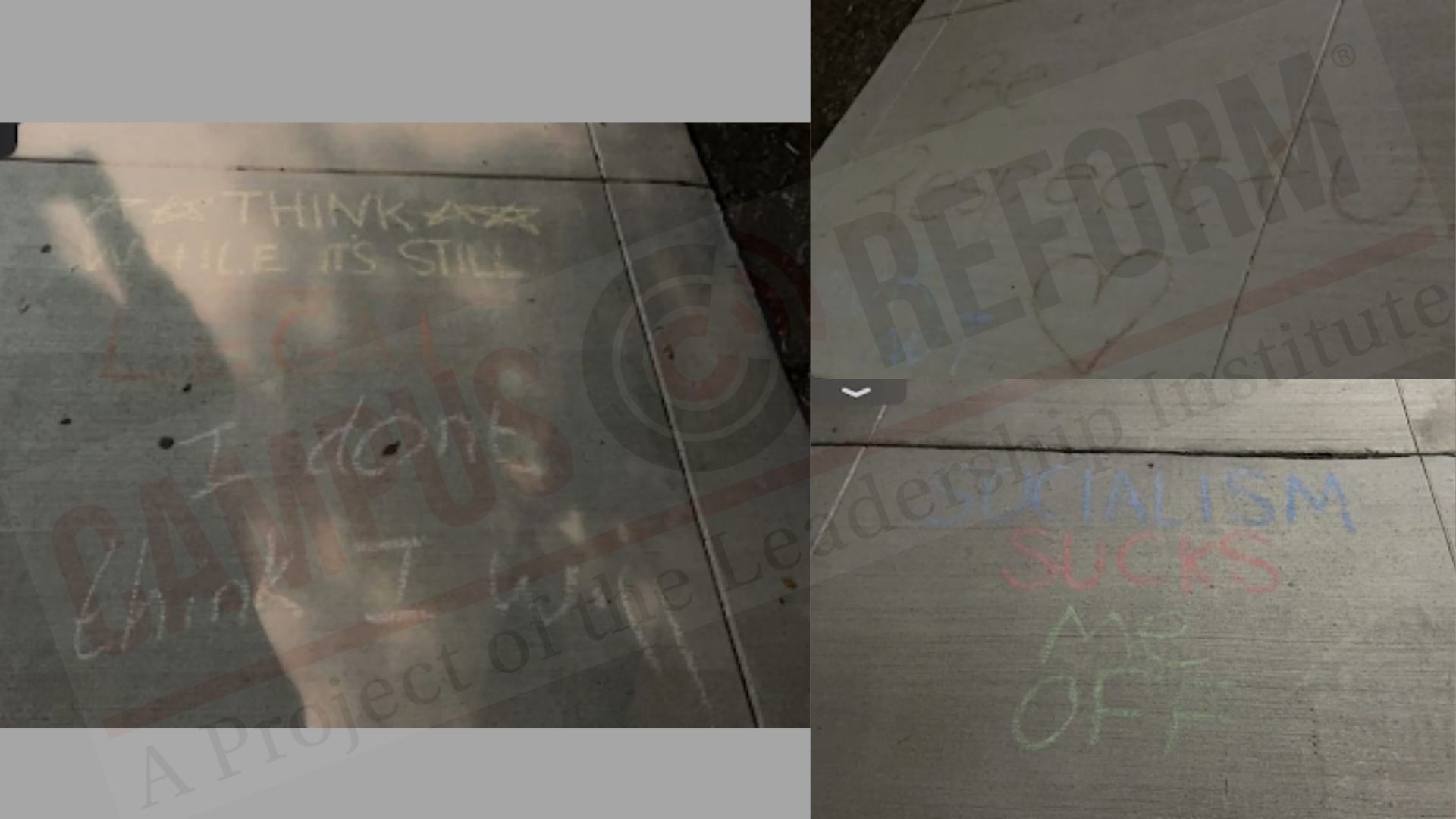 As university spokesperson Heather Smith explained to Campus Reform, the Central Michigan University Office of Student Conduct “reviews all alleged violations of the Code of Student Rights, Responsibilities, and Disciplinary Procedures to determine whether or not university policy has been violated.”

In any such incidents, the school “remains committed to protecting First Amendment rights, as well as the right to present an issue and the right to disagree on an issue,” Smith  added.

Campus Reform reached out to James for comment; this article will be updated accordingly.