“Belmont Maskless” is an anonymous Twitter account that posts pictures of students at Belmont University wearing masks incorrectly or not at all. The account also posts disparaging commentary.

The account, which a Belmont spokesperson confirmed to Campus Reform is not affiliated with the Tennessee university, encourages readers to "send in pictures of people breaking the indoor mask mandate" to "see if belmont [sic] will start enforcing the one covid [sic] rule."

Campus Reform has covered the student faces for privacy. "Belmont Maskless" does state that the names in the posts are aliases intended for humor.

for clarification - all tweets remain anonymous and i am making up these names i use for humor. if i happen to guess your name right, thats actually really funny sorry

Belmont University denounces harassment, which the school defines as “acts that unreasonably interfere with an individual’s work or academic performance, or create an intimidating, hostile, humiliating or offensive working, living or learning environment.”

One tweet on Belmont Maskless displays a picture of a student with his mask lowered slightly below his mouth in an Einstein Bros Bagels shop. The text reads: “brent went to einsteins with his mask like this, against belmont rules, and was still served by a belmont employee. my issue here is mostly with belmont, not brent. to settle any confusion. but hey brent, you are so close to getting it!” 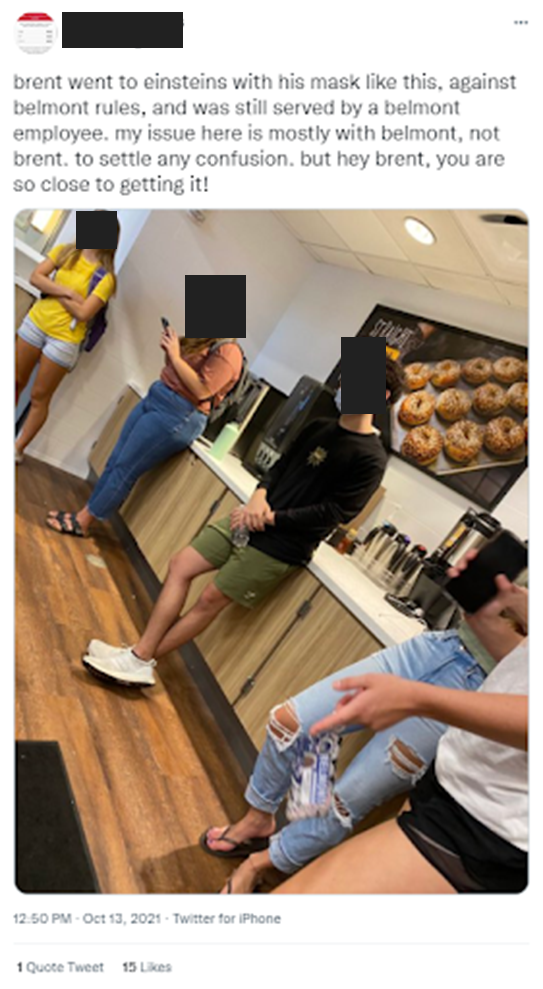 “annabelle starting grinding so hard in the library today her mask fell of. kelley just has a runny nose and wants easy access to pick her boogers,” reads the caption of another tweet. 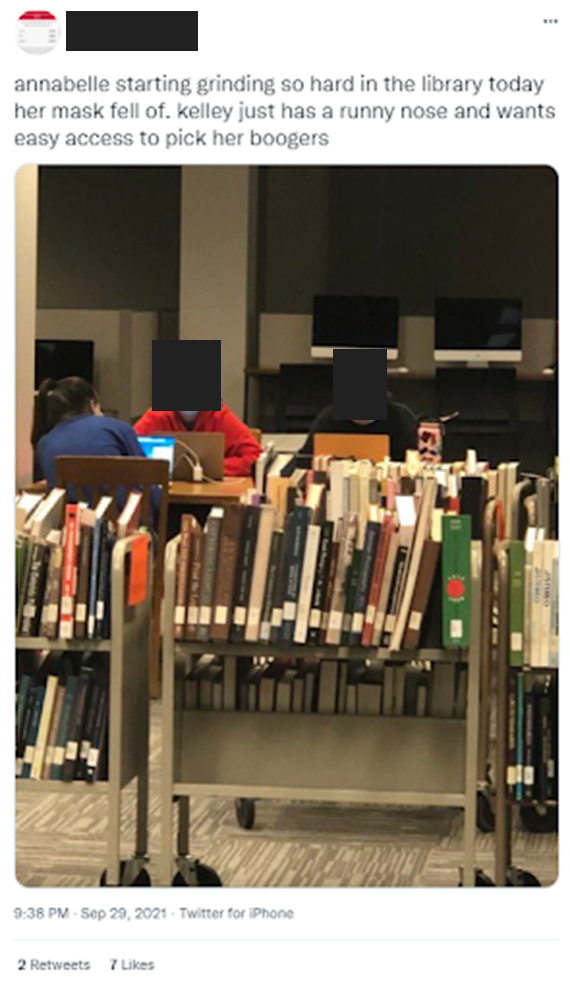 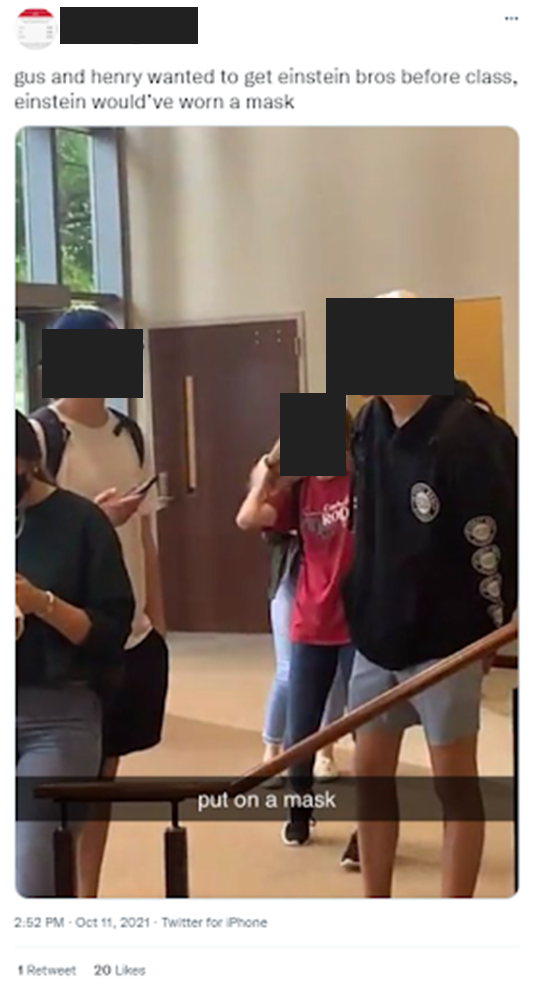 “Beats by dre, mask by no one,” said another post. 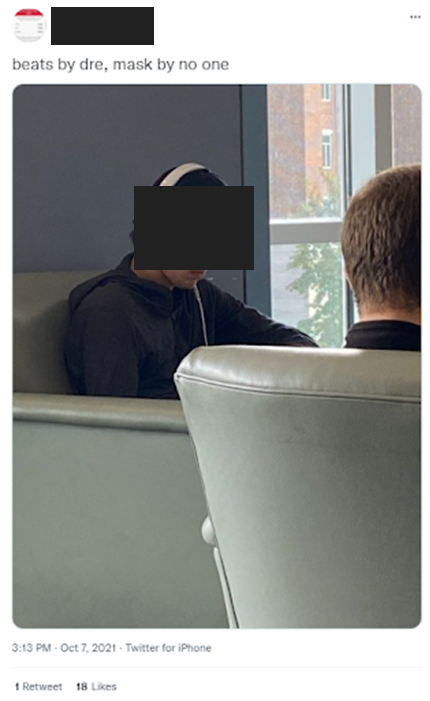 Buzzfeed News recently featured Belmont students’ concerns in an article called “Scared Students Are Using An Anonymous Twitter Account To Blast The Lack Of COVID Protocols At Their University.”

“At Belmont University, a private Christian college in Tennessee, students and faculty members are resorting to anonymous Twitter accounts and articles to criticize what they believe are inadequate COVID restrictions,” the article reads.

The author interviewed several vaccinated students and faculty members who are “terrified” by the lax enforcement of COVID-19 regulations.

A Belmont University spokesperson told Campus Reform that the university is not affiliated with the account.