Officials at the University of Arkansas used the Genderbread Person as a teaching resource in a presentation on safe zones and sexuality.

The creators of the Gender Unicorn have criticized the Genderbread Person for being too Western.

The "Genderbread Person" was featured at the the University of Arkansas' “Safe Zone Allies Training,” where presenters used the figure to explain what they characterized as the spectrum of human sexuality.

The Genderbread Person was first designed in 2011 by Sam Killermann, an artist and activist, and has since been downloaded nearly 3 million times in 108 countries.

Killermann has also authored projects such as “The Safe Zone Project 2.0” and “It’s Pronounced Meterosexual.” 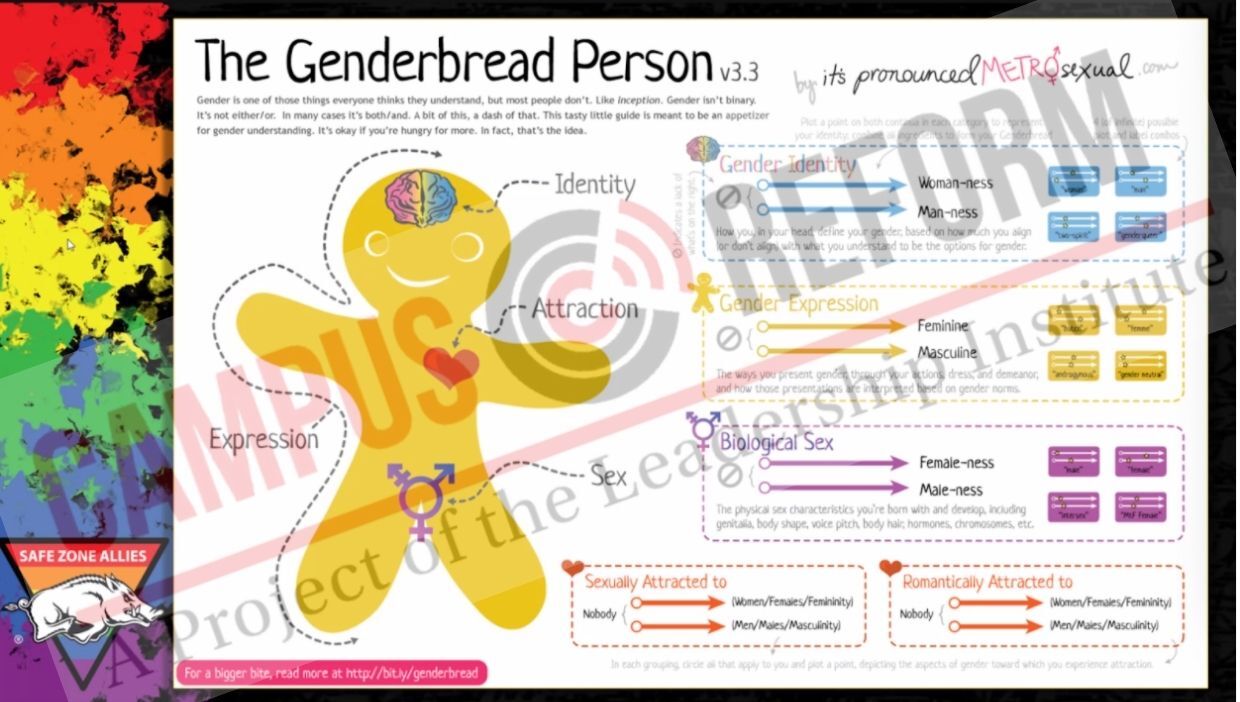 According to the Genderbread Person website, biological sex refers to one’s physical characteristics, but it should not be associated with one’s gender.

Micah Button, a student at the University of Arkansas, told Campus Reform that the main issue with these progressive diagrams is that they are passed down from faculty to students.

“Professors are now taking this information and passing it on to impressionable students who might already be confused," Button said. "That just makes it more confusing.” 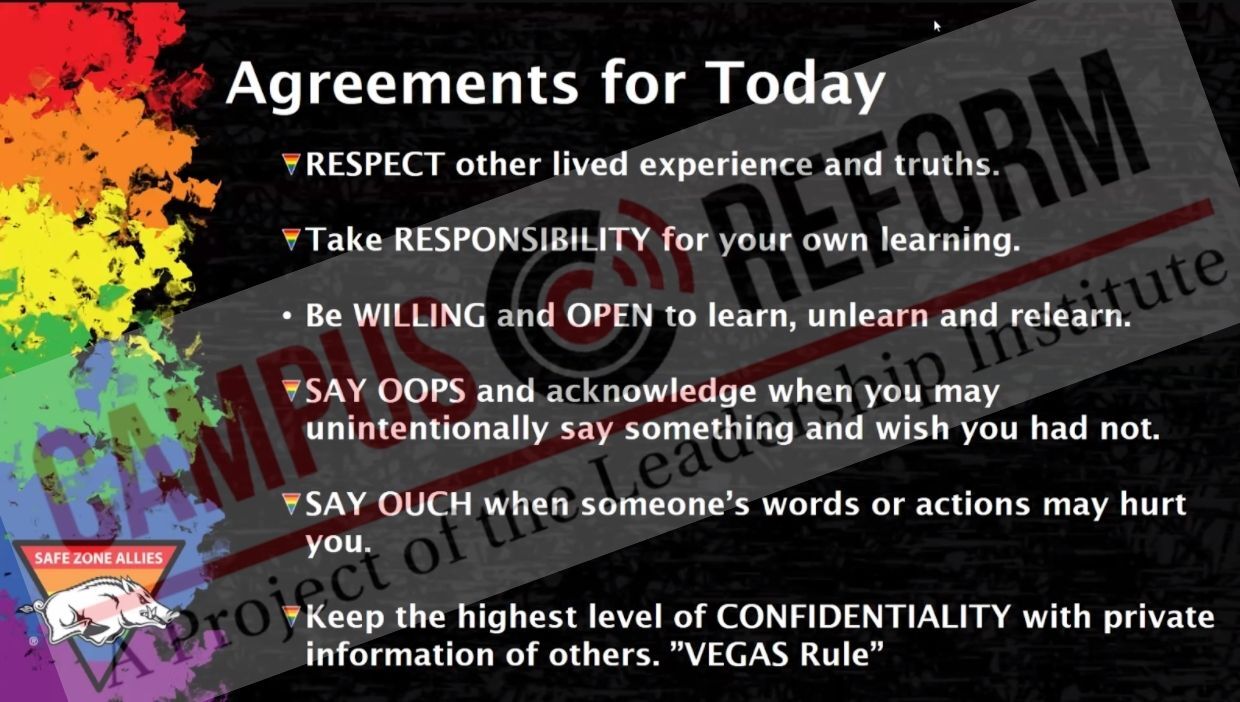 Button told Campus Reform that he objects to political agenda underlying events such as Safe Zone Allies Training because it makes students "exploited" on campus.

The Genderbread Person is only one of many progressive graphics and diagrams that have saturated higher education today.

The “Gender Unicorn” was created by the Trans Student Educational Resources organization to include even more genders, noting that the Genderbread Person lacks certain gender classifications.

[RELATED: Students required to learn about restrooms, attraction from 'The Gender Unicorn']

“Ultimately, we wanted to recognize genders outside of the western gender binary, which the Genderbread Person does not,” the organization writes on its website.

In August, Campus Reform covered a Gender Unicorn-based training at the University of Hawaii at Manoa.

The University of Arkansas did not respond to requests for comment.

Addison Pummill is a Campus Reform correspondent and previous Leadership Institute intern exposing liberal bias on college campuses. Addison is a junior at the University of Arkansas, majoring in computer information systems with a minor in management. She is the founder and president of the Network of enlightened Women at the University of Arkansas.