It is time for our courts to stop deferring to colleges’ weak argument that race-conscious admissions somehow help them fulfill their educational goals. This theory has not held true in practice.

It’s no secret that there is an obsession with race among our nation’s colleges.

On every campus, there seems to be another multicultural center for BIPOC students, or a class on how to be woke, or a bias response team.

And while the country is finally waking up to just how far left American society has drifted recently, such politics have been the norm on college campuses for years.

The question, then, is: Why has this emphasis on race in higher ed existed, undisturbed, for so long?

The answer is simple: since at least 1977, colleges have been allowed—even encouraged—to consider the race of applicants during the admissions process.

Universities target and recruit students of certain minority groups and then consider race at every step of the admissions process. These administrators then assess an incoming class’s racial composition as they advance or reject individual applications.

Several universities, including Harvard and UNC, have taken these drastic and discriminatory measures.

Now they are being sued for it.

And it continues to define their college experience until graduation.

Take Columbia University for example, which held as many as six multicultural graduation celebrations last spring. For many, the college experience literally begins and ends with race.

It is true that a diverse student body is critical to a well-rounded college experience.

That is what the Supreme Court said in 1977, when it held in Regents of Univ. of Calif. v. Bakke that our “Nation’s future depends upon leaders trained through wide exposure to that robust exchange of ideas which discovers truth[.]”

That is simply wrong.

For starters, colleges claim that minority students offer unique points of view that contribute to diversity in the classroom. But suggesting that individuals of a particular race think and act the same way is stereotypical.

Surely students of the same race are allowed to have different ideas. And while the focus on race has only increased over the years, recent studies show that diversity of thought has decreased.

For example, students do not feel comfortable expressing their opinions on campus; students self-censor out of fear of how others would react; some students support using violence to stop speakers with controversial views from speaking; and many students believe the most difficult subject to discuss is race.

It is time for our courts to stop deferring to colleges’ weak argument that race-conscious admissions somehow help them fulfill their educational goals. This theory has not held true in practice.

In many ways, that assumption undermines the advancements of this country because it allows universities to examine everything through a racial lens, starting with the academic recruitment process.

It reinforces the harmful idea that students should be hyperconscious of the color of their skin and that of their peers.

But worst of all, it undermines the First Amendment principle that colleges are a marketplace of ideas open to all students. 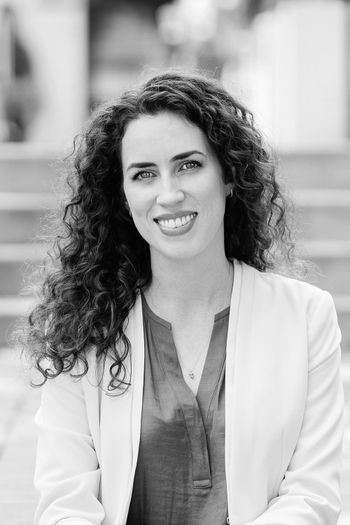