A Cornell University professor made the argument that modern-day finance 'must be understood as a racializing' system.

The professor is reportedly writing a book arguing debt is a 'racializing instrument.'

A Cornell University literary theory and cultural history professor tweeted Jan. 19 that the current capitalist system is rooted in slavery.

“Chattel slavery transformed modern finance into what it is, and thus every subsequent act of financialization must be understood as a racializing one," Tao Leigh Goffe wrote. 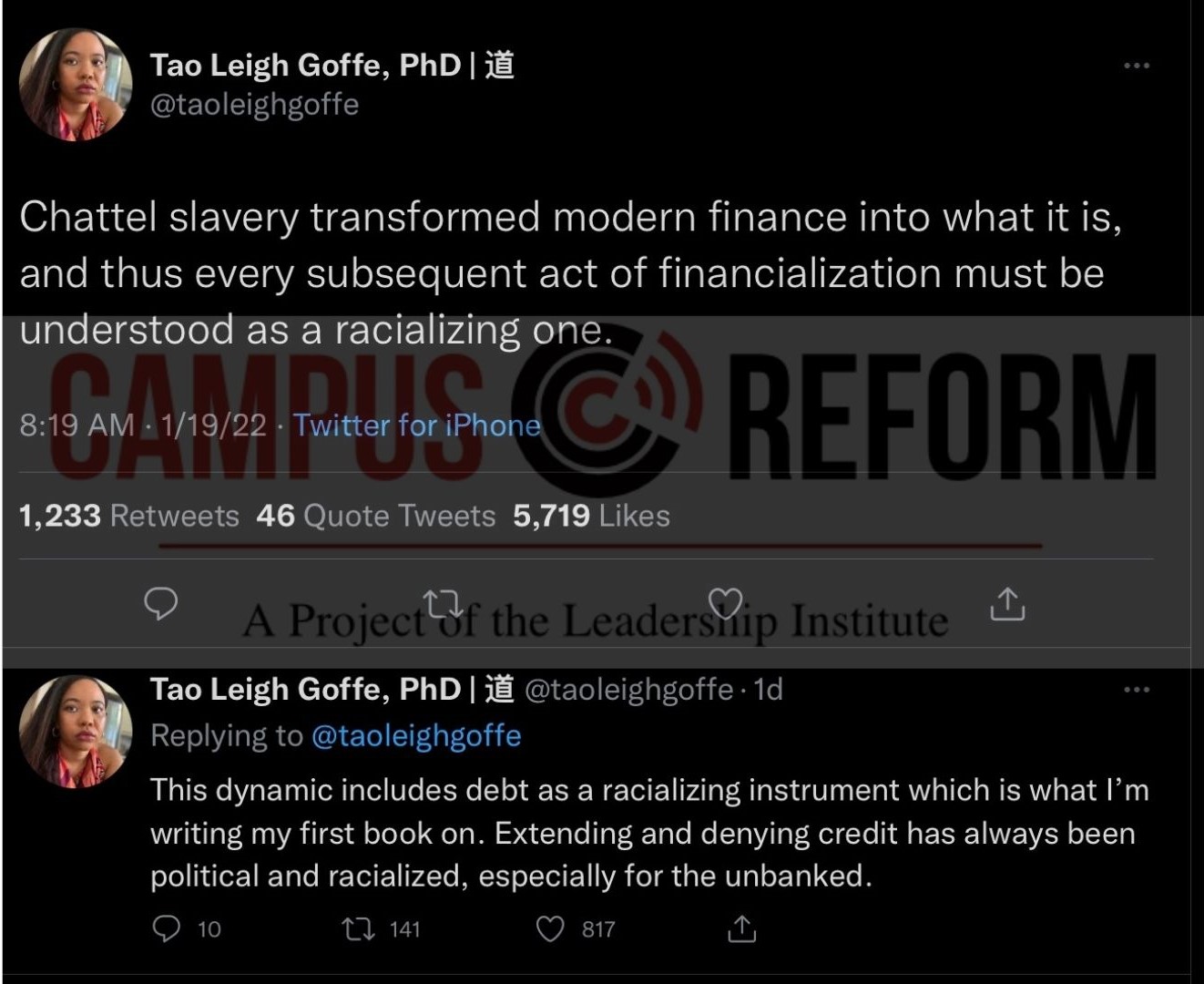 The post and subsequent thread have since been deleted.

“This dynamic includes debt as a racializing instrument which is what I’m writing my first book on," she continued in a follow-up tweet. "Extending and denying credit has always been political and racialized, especially for the unbanked.”

Goffe returned to the theme in another tweet posted shortly after, saying, “It is the very logic of increasing financialization that students pay tuition, going into debt, to obtain an Econ or finance degree without once being taught about the impact of chattel slavery or racial indenture in the Americas on shaping financial instruments and tools.” 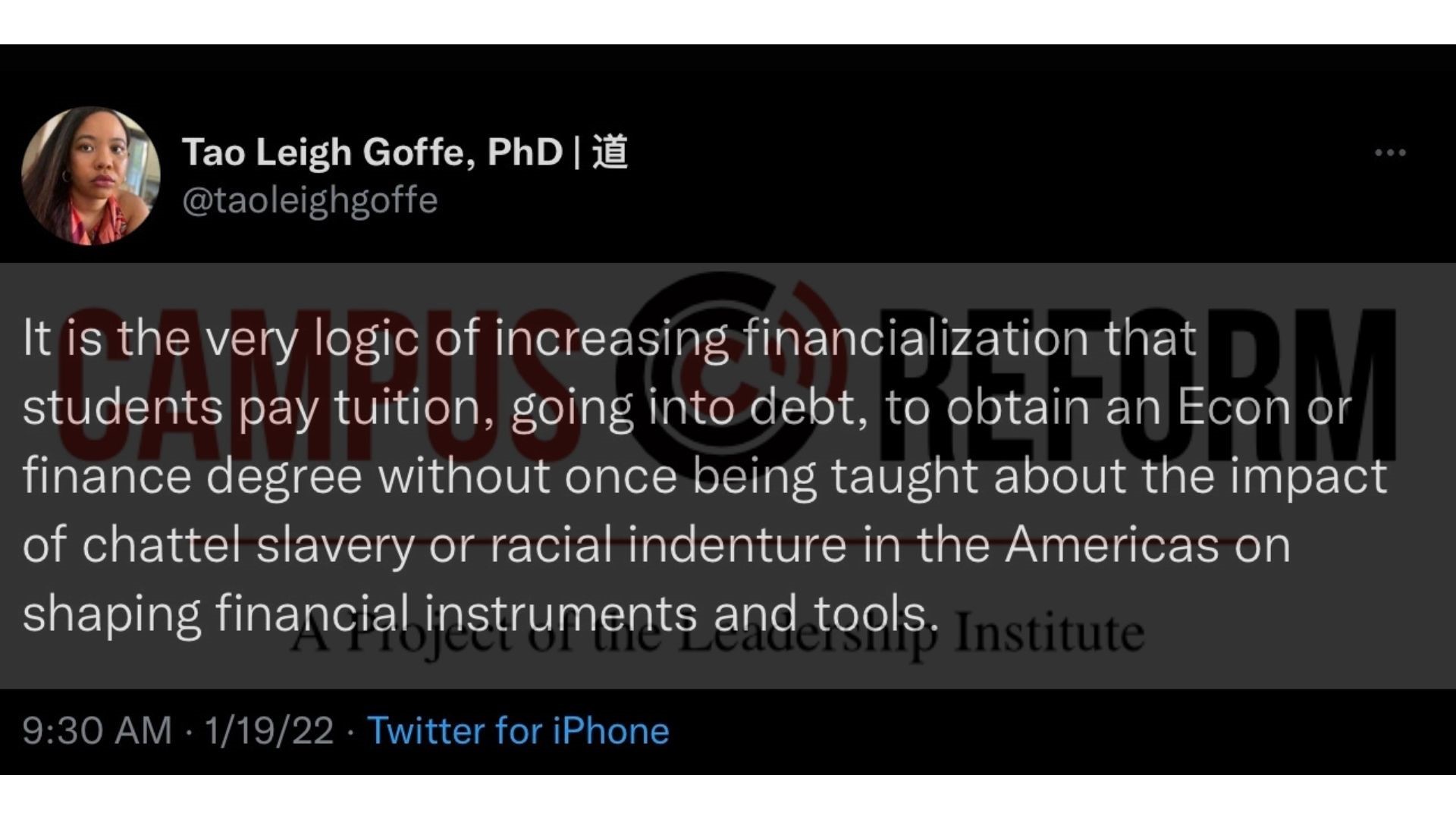 Goffe holds a dual appointment with the university's Department of Africana Studies and the Program in Feminist, Gender, and Sexuality Studies. She received her Ph.D. in American Studies from Yale University in 2015 and holds a Bachelor's degree in English from Princeton University.

She “specializes in colonial histories of race, debt, and technology,” according to her personal website, and her work “is rooted in literature and theories of labor that center Black feminist engagements with Indigeneity and Asian diasporic racial formations.”

Wyatt Eichholz is a Senior Alabama Campus Correspondent, reporting liberal bias and abuse on college campuses. He is a student at the University of Alabama studying economics. Wyatt is also Vice President for the UA Young Americans for Freedom chapter and produces a podcast for the RUF ministry at UA.