Campus Reform spoke with a political science lecturer who opposes the display of the communist dictator in his department.

'I'm a center-left guy, but I don't know if there’s room for people like me in academia anymore,' the lecturer told Campus Reform.

A bust of Chinese communist revolutionary and mass murderer Mao Zedong is on display at Washburn University’s political science department.

The case features multiple political figures, with the infamous communist revolutionary’s bust being among the largest on display.

Grant Armstrong, a lecturer in the Kansas university's political science department, told Campus Reform that the bust has been on display for at least two years.

Armstrong characterized the bust, which sits next to a figure of Bernie Sanders, according to a photograph obtained by Campus Reform, as "troubling."

the bust has been on display for at least the past 2 years, which he describes as “troubling.” 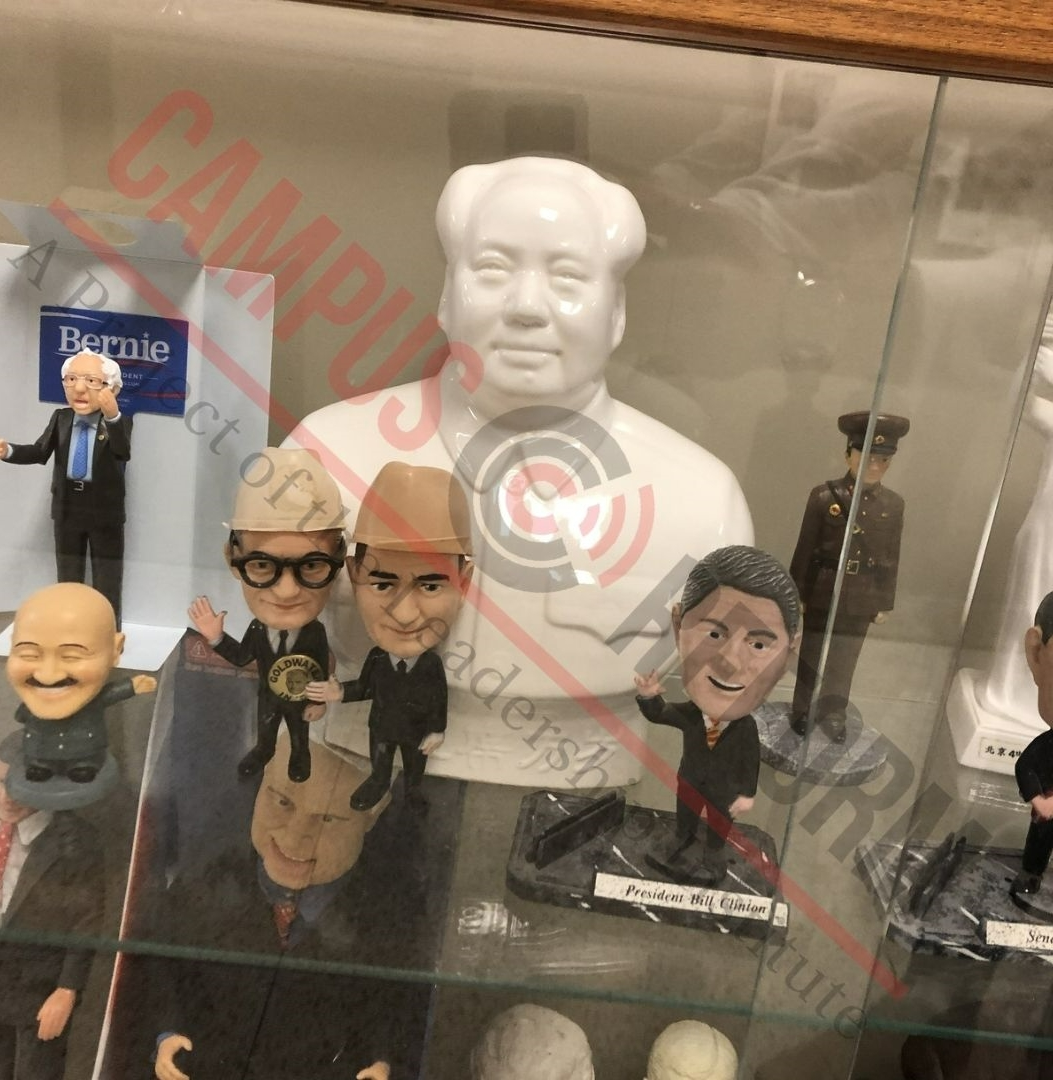 Mao Zedong was a Chinese Communist leader who was responsible for upwards of 45 million deaths during the Chinese communist revolution and is considered the largest mass murderer in history.

The display case is largely dominated by liberal and democratic figures. One of the few conservative figures on display includes a bobblehead zombie version of Mitt Romney.

Armstrong believes the bust’s acceptance by his unbothered and sympathetic colleagues speaks louder volumes on the state of academia at Washburn and beyond.

“I'm a center-left guy, but I don't know if there’s room for people like me in academia anymore,” Armstrong said. “It’s not just conservatives being targeted, it's also those who don't toe the far left line.”

Armstrong is the faculty advisor for both Young Americans for Freedom as well as College Democrats at Washburn University.

“Conservative students have it harder than liberal students," Armstrong stated, adding that there is no "intellectual diversity at the university level and that's really problematic.”

Washburn University did not respond to Campus Reform’s request for comment.