Ann Coulter gave a talk at Indiana University for an event titled 'Conservatism. Let's Review the Evidence with Ann Coulter.'

This announcement prompted individuals to rip down and deface posters advertising the event and attempt to prevent “conservative” students from attending.

Controversy sparked at Indiana University Bloomington when it was announced that Ann Coulter would be giving a talk on campus.

This information prompted individuals to rip down and deface posters advertising the event and attempt to prevent “conservative” students from attending.

The school’s Turning Point USA (TPUSA) chapter put up 5,000 flyers on campus to advertise the event, but according to photos obtained by Campus Reform, many were ripped down, covered by a flyer featuring communist imagery, or defaced.

One poster was replaced with a note reading “Antifa was here.” 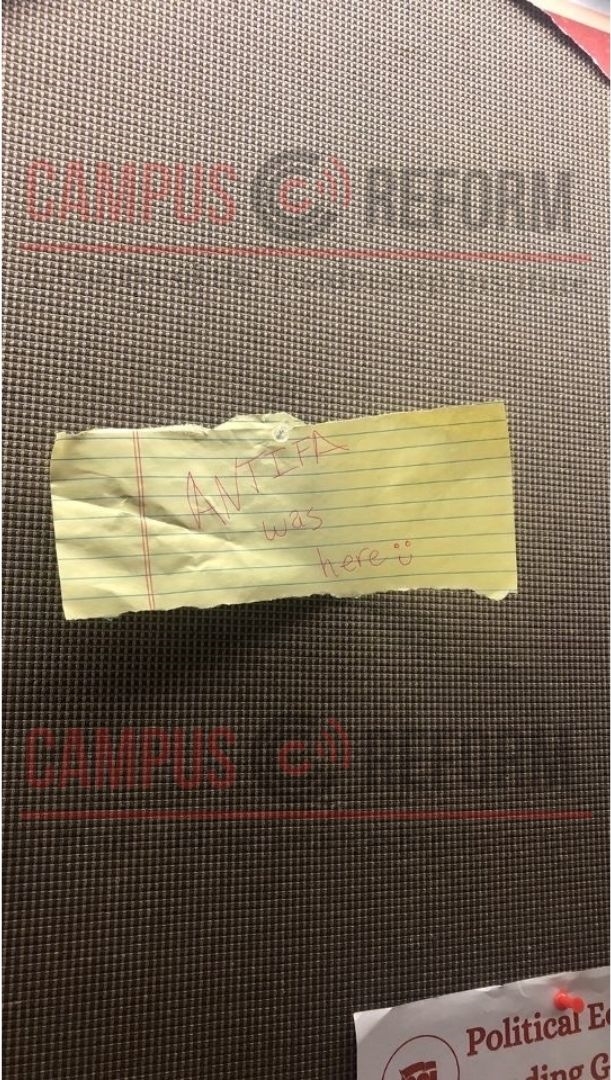 The April 1 event “Conservatism. Let's Review the Evidence with Ann Coulter” was organized by Turning Point USA and ISI Buckley Society, and according to the description, was about “the values and virtues of conservatism and the follies of the radical leftist dogma that has taken root at IU and so many other large universities.”

In a video obtained by Campus Reform, Administrative Assistant to the Dean Maggie Pearson took down dozens of posters advertising the event.

“You’re only allowed to have one,” she said when confronted by a TPUSA chapter member. “That’s a general rule at this facility. You can go up and talk to the dean, I’m the dean’s secretary.”

When asked if that policy is posted anywhere, she responded “No, it’s not,” and when pressed on the matter she said, “They don’t feel like they have to post it.”

“Everyone has to abide by the same rule,” said Pearson after explaining that she chose not to remove several posters about communism that were on the same bulletin board because people were sitting in front of the board. “I don’t know, I just do what I’m told.”

When TPUSA members questioned whether multiple flyers with communist messaging violating the same number rule would also be taken down, Pearson confirmed that they would be removed. 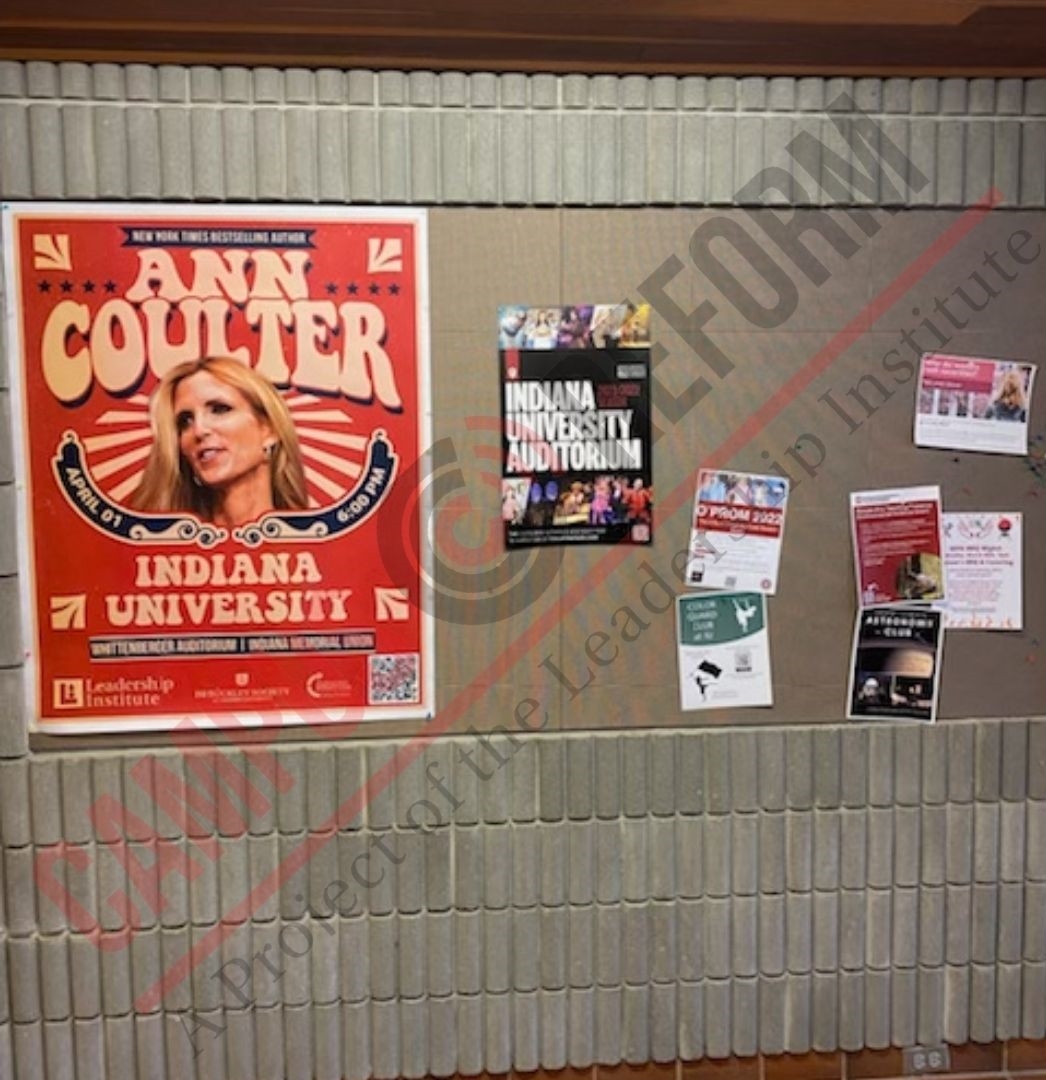 Student at IU and self-professed disability rights activist Christa Riter tweeted that she “balled up and recycled multiple posters” advertising the Coulter event and had “never felt more joy in a split second.”

Others posted on Facebook encouraging others to “order a free ticket(s)” to the event and not show up. Another Facebook user implored others to “Reserve a bunch of tickets, so that ‘conservative’ individuals cannot attend her nonsense.”

The same ideas were shared in the comments on a post in the Indiana University subreddit.

“I suggest we all just silently register for the show without any intent to show up and just f*cking ignore her,” said one Reddit user. “Two SPEA bulletin boards were entirely covered in posters for this before my 8am today. By 12:45 they were gone,” said another.' 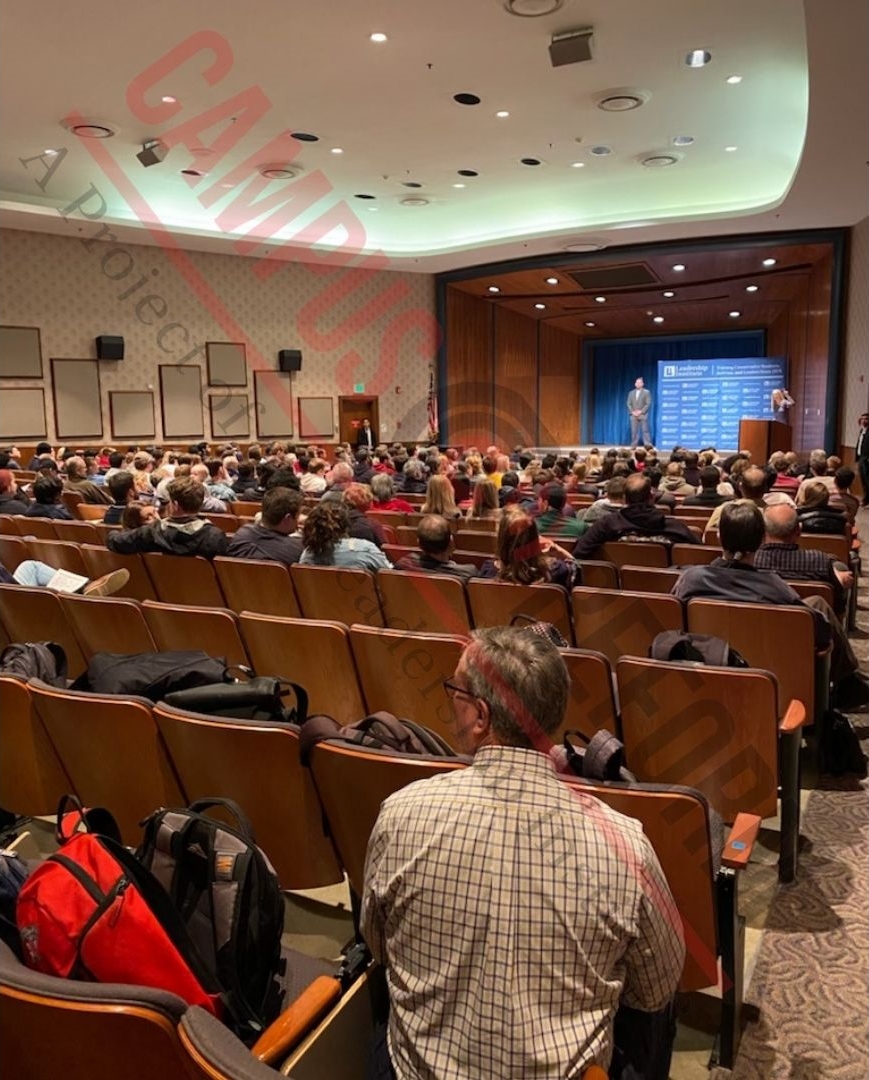 “Ultimately, we had 169,016 registrations. Many registrations were from students from universities across the country," Indiana University TPUSA member Kyle Reynolds told Campus Reform in reference to the

The event went ahead and had 285 individuals in attendance.

Campus Reform reached out to Indiana University Bloomington and Maggie Pearson for comment. This article will be updated accordingly.