The Massachusetts Institute of Technology recently announced that it is reinstating SAT and ACT testing requirements starting for the class of 2027.

'By using tests as a tool in the service of our nation, we have helped improve the diversity of our undergraduate population [and] student academic outcomes at MIT have gotten better,' Dean of Admissions Stu Schmill wrote.

The Massachusetts Institute of Technology (MIT) recently announced that it is reinstating SAT and ACT testing requirements starting for the class of 2027.

Universal testing helps identify and include more academically talented disadvantaged students than would have otherwise been detected through alternatives methods, according to Dynarksi.

Schmill wrote in his blog post that standardized testing does contribute to diversity on campus.

“By using tests as a tool in the service of our nation, we have helped improve the diversity of our undergraduate population [and] student academic outcomes at MIT have gotten better,” Schmill wrote.

[RELATED: What does it take to get into Harvard? Not the SAT for another four years.]

“There’s not many metrics that are consistent for every student like the SAT,” MIT freshman Faris Elnager told Campus Reform. “People from wealthier families definitely get more resources to improve their score…but in the end, there’s so many free/cheap resources that make it possible to improve one’s score.”

When asked whether or not standardized test scores were indicative of student success at MIT, freshman electrical engineering and computer science major Miguel Talamantez said, “There is definitely a correlation between high test scores and student success at MIT, but I know for most situations it’s simply because those who did well on the SAT know how to study well.”

However, freshman David Mora told Campus Reform that based on “everything everyone hears,” MIT places greater weight on SAT/ACT than it may claim.

“I do know there are a lot of people that would not be here if MIT didn’t remove the [former SAT/ACT] requirement,” Mora said.

Like other prestigious universities, MIT suspended its SAT/ACT requirement for the 2020-2021, and 2021-2022 application cycles.  However, unlike MIT, many prominent universities such as Harvard College have extended their test-optional policy.

The California State University (CSU) system officially eliminated standardized tests as a part of its undergraduate admissions requirements on Mar. 22. One of the factors in the CSU’s Admission Advisory Council’s decision was adhering to its Graduation Initiative 2025 goals.

Campus Reform reached out to MIT News but was refused comment. 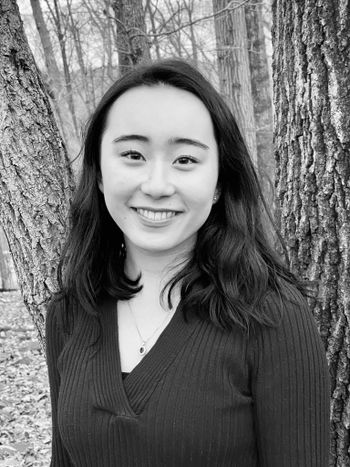 Stephanie Samsel is a junior at Towson University. She is passionate about shedding light on liberal biases in higher education that are antithetical to tenets of American democracy. As a mass communication major pursuing a journalism track and studying political science, Stephanie wants to work as a journalist and a political commentator. She is an active member of her university's College Republicans chapter and Honors College Marketi...