During a 2015 Black Lives Matter protest, she yelled 'I am not interested in white allies. What we need are co-conspirators.'

Feminista Jones recently kicked off Indiana State University’s Social Justice Summit with a strong message for students. She urged them to go out and protest.

Feminista Jones, whose real name is Michelle Taylor, is an author, social worker, and activist. Her book, Reclaiming Our Space: How Black Feminism is Changing the World from the Tweets to the Streets, highlights the role of social media and hashtags in advancing black feminist causes.

Social media hashtags can be used to spark protests, according to the book, with examples including #BlackLivesMatter and #SayHerName.

Her efforts extend beyond social media, and she speaks at conferences and universities.

During a 2015 Black Lives Matter protest, she yelled “I am not interested in white allies. What we need are co-conspirators."

She gave her presentation, “Campus Conversations: Becoming Agents of Change with Feminista Jones," on Mar. 24.

During her presentation, Jones argued that universities often use buzz words without actually working to enact change, News and Tribune reports.

She also reportedly urged audience members to “find their tribe, stating that "[b]uilding community is at the heart of every successful endeavor, every protest, every revolution.”

When asked to comment on Jones’s rhetoric, Director of University Communication Mark Alesia told Campus Reform, “free speech is a bedrock value at Indiana State University. We encourage robust debate from across the political spectrum.”

On Facebook, ISU Residential Life expressed gratitude for “Feminista Jones' willingness to share personal experiences that resonated with our students at last night's campus conversation about becoming agents of change during their time at college and beyond.”

The summit also included two workshops led by Jones on Friday, March 25, one for faculty and one for graduate students.

Campus Reform reached out to Jones, Indiana State University Residential Life, and the sponsoring departments for comment; this article will be updated accordingly. 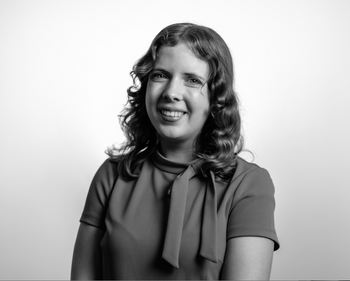