STUDY: Whiteboards are racist because 'they collaborate with white organizational culture'

"Whiteboards can be racist like how housing, employment, and the judicial systems were found to contain racist practices," the co-author told Campus Reform.

Did a recent physics study argue that whiteboards are racist?

"Observing Whiteness in Introductory Physics: A Case Study" was published last month in Physical Review Physics Education Research. The study observed three students as they worked to solve a physics problem and analyzed how "whiteness" is present in academia.

The study found that whiteboards can have racist undertones and perpetuate whiteness.

Hairston told Campus Reform that although whiteboards "are not inherently racist," the common classroom object can perpetuate racism.

"Whiteboards can be racist like how housing, employment, and the judicial systems were found to contain racist practices," Hairston stated.

According to the authors, the role of the whiteboard as being the center of attention in classroom learning contributes to its role in student discussion and attention.

"Our findings support other studies that have found the study of physics to include racism and sexism," Hairston added.

"Whiteboards display written information for public consumption; they draw attention to themselves and in this case support the centering of an abstract representation and the person standing next to it, presenting," the authors argue in the study. "They collaborate with white organizational culture, where ideas and experiences gain value (become more central) when written down.”

According to this argument, when students use a whiteboard to display work, they are drawing attention to themselves that may portray characteristics of "whiteness."

University of Arkansas student Whitney Hines, who is currently enrolled in physics courses, told Campus Reform that "science is not meant to be subjective."

"I do not see how an objective topic can be seen as racist," Hines added.

Campus Reform contacted Seattle Pacific University and Roberton for comment. This article will be updated accordingly. 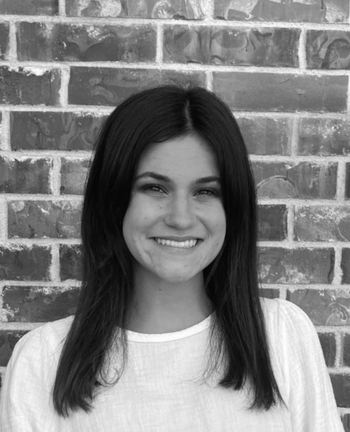 Stevie Gibbs is a junior at the University of Arkansas. She is a double major in communications and political science. Currently, she is the treasurer and social media director for the Network of Enlightened Women (NeW) at UofA. Summer 2021, Stevie interned for the Sarah Huckabee Sanders campaign and enjoyed her time doing so. Post graduation, she hopes to continue her work on grassroots campaigns.