“It can be determined that the one of the major indicators of quality of life, mortality, morbidity and life expectancy is race and ethnicity," she said.

Mercer University Director of Diversity and Inclusion Initiatives Ansley Booker claimed that racism is a public health crisis in an article published on the university’s news website Apr. 7.

According to Booker, this idea has been gaining traction around the country, as “local and state leaders are declaring racism a public health crisis or emergency.”

She notes that one of the “major indicators of quality of life” is “race and ethnicity,” in addition to other traditional indicators such as education, neighborhood, and social context.

Booker points to higher rates of food disparity among Hispanics and Black people, as well as the disproportionate impact of HIV on Black women, to justify her claim.

A major cause of these disparities, according to Booker, is the history of redlining, which “has displaced these communities into areas with poorer land quality, less access to healthy foods and voter disenfranchisement."

As Campus Reform reported earlier this year, race was considered a significant factor in deciding which COVID-19 patients to prioritize in New York State. In this case, "Non-white race or Hispanic/Latino" were favored to receive medication.

Campus Reform also reported on Columbia graduate student Nina Owen-Simon’s proposal that Critical Race Theory be taught in medical schools. Owen-Simon urged the medical field to “recognize its own racism and how it has created and continues to support racist systems and ideas.”

Campus Reform reached out to the Mercer University media relations department and Ansley Booker for comment. This article will be updated accordingly. 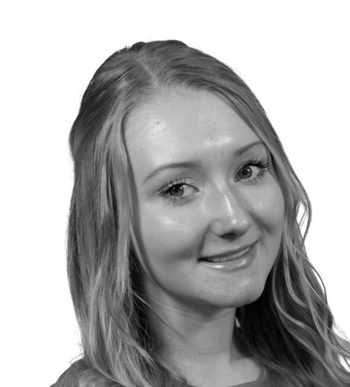 Katie Jefferson is a Kentucky Correspondent for Campus Reform. She is a sophomore at the University of Kentucky where she is working towards a Bachelor of Arts in English. After she graduates, she aspires to have a career in conservative media.