Campus Reform obtained photos of a flyer on campus that states the university will not discriminate against sex offenders.

Adelphi University is currently involved in an investigation into a sexual assault that allegedly occurred on campus.

Trending
1
Law professor wants colleges to help students get abortions in post-Roe America
By Kate Anderson
2
University fails to impose DEI requirements
By Alexia Bianchi  '22
3
Fat studies is the field that teaches students to view obesity as 'oppression'
By Abigail Streetman  '22
4
Universities silent on moving tampons out of men's bathrooms during nationwide shortage
By Kate Anderson
5
Lawmakers come to Iowa student's defense after he stands up for conservative beliefs
By Kyle Reynolds  '23
6
EXCLUSIVE: Students claim they got lower grades for challenging leftist arguments in M…
By Aleana Smiley  '24
William Biagini '25 | Florida Campus Correspondent
Wednesday, May 11, 2022 4:00 PM

Campus Reform obtained a photo of the flyer.

The photo includes an adjacent flyer, contextualizing the first by defining discrimination, stating the university is "always against discrimination, aka exclusion, loathing, prejudice, hatred and/or intolerance."

The inclusion of sex offenders in the list of categories the university seeks to protect from discrimination contradicts its Anti-Discrimination, Harassment, and Retaliation Policy, which reads: 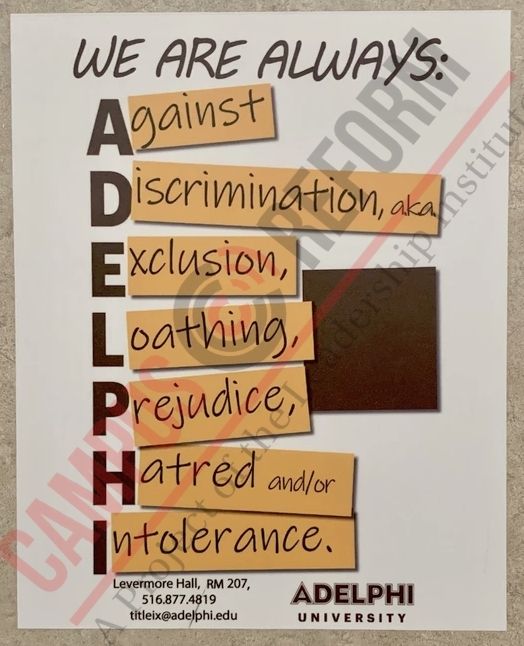 Both flyers include the Adelphi University logo.

The inclusion of sex offenders in the list of categories the university seeks to protect from discrimination contradicts its Anti-Discrimination, Harassment, and Retaliation Policy, which reads:

“This Policy prohibits unlawful discrimination, harassment (including sexual misconduct), and retaliation, including derogatory or inappropriate remarks, slurs, or jokes related to any protected class.”

In the past year alone, Adelphi University has already had multiple reported instances of sexual assault and harassment.

Newsday reported on a second incident last month in which police are invigilating sexual assault at one of the campus dormitories, Earle Hall.

According to the Newsday report, Adelphi spokesman Todd Wilson said that the school will "continue to cooperate with the ongoing police investigation. Beyond the communications sent out to our community yesterday, we cannot comment any further at this time.”

While the event is still under investigation, an arrest was made on Apr. 17. 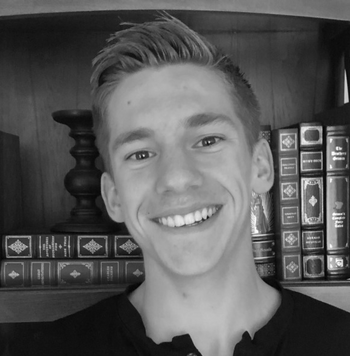 William Biagini is a first-year student at Florida State University. Pursuing a major in history, he plans on both attending law school and starting his own news publication. On the side, he enjoys swing dancing and playing various musical instruments such as the piano, guitar, and violin.