Public universities in Florida are allowing students to add their preferred pronouns to various forms of university identification.

Florida International University now allows students to select preferred pronouns on its online system, which professors are then expected to use.

Public universities in Florida are allowing students to add their preferred pronouns to various forms of university identification.

In Fall 2021, for example, USF student newspaper The Oracle reported on the school’s plan to begin allowing students, faculty, and staff to add preferred pronouns to their USF IDs.

“University Communications and Marketing is in discussion with [SG] about redesigning the ID Card to support [putting preferred pronouns on ID cards],” the USF ID Card Office said when asked for comment.

The university’s plan to incorporate preferred names and pronouns into their system, however, goes beyond ID cards.

“Our IT department is working on a brand new Identity Management system [IMS] that allows students to offer their correct pronouns,” Brooks said. “This includes but is not limited to platforms including Oasis, Bulls Connect, Degree Works, and even possibly the housing and GEMS portals.”

Brooks went on to say that the motivation behind these policies was to “affirm each student’s identity and to push to create an environment of belonging for all gender-diverse individuals here at the USF Tampa Campus.”

The IMS will be launched in fall 2022, but students will have an opportunity to test the system before that, according to Brooks, adding that using preferred pronouns will be completely optional.

For now, the funding source for the project is unknown, though SG is working with the IT department on the issue.

FSU Panama City is another Florida university now providing the option for students to include preferred pronouns in online identification.

According to the policy, chosen pronouns “will display after your name in several different areas of Canvas as an easy way to communicate with your classmates and instructors which pronouns best reflect your identity. You will be able to see yours and others’ personal pronouns in several areas of the course including discussions, comment fields, user profile pages, and your inbox.”

Florida International University now allows students to select preferred pronouns on its online system, which professors are then expected to use, according to a report by student newspaper PantherNow.

[Related: ‘Trans professor does not give students choice about using their pronouns? Read the tweet’]

Many other colleges and universities around the country are giving students the option to include preferred pronouns on campus records, according to the Campus Pride website.

USF students have different opinions on including preferred pronouns on student records and identification.

Implementing preferred pronouns at USF to make the university more inclusive and accepting is important, according to Brooks.

“[It’s] important to take that extra step to ask for someone’s preferred pronouns, especially because you want this to be an inclusive and accepting environment,” she told The Oracle.

The Vice President, Executive Director and Secretary of USF College Republicans –Gunner Mitchel, Justin Prewett and Ally Matamoros, respectively – did not respond when asked for comment.

President of USF Republicans Joseph Preller responded to Campus Reform’s request for comment on the issue but said that he does not wish to answer.

[Related: ‘WATCH: Student who exposed pronoun policy responds to campus-wide petition against him’]

Levi Medina, a public relations major, does not know why someone would need pronouns on university ID cards but thinks it is worth testing the idea.

“I can't imagine a scenario in which a student would need their pronouns on their ID card,” Medina said. “But this is college, so why not test it out?”

Kyle Fahey, a mass communications major, does not have an opinion about upcoming changes but understands the reason why the university would do such a thing.

“I don't really have an opinion on the pronouns being on the cards,” Fahey said. “I understand [from] a representation perspective that the school probably feels a need to do so.”

“It's probably smart on their end to avoid any outrage or anger.” 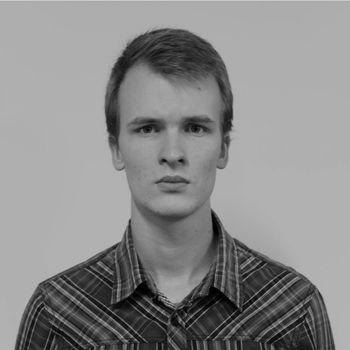 Dmytro "Henry" Aleksandrov is a Florida Campus Correspondent for Campus Reform. He is a senior at the University of South Florida, majoring in mass communications with a concentration in broadcast news. Dmytro wants to become an editor at a newspaper, magazine, or publishing house, and he also wants to become a fiction writer. He also works at The Oracle, the USF newspaper, as a copy editor, and Zimmerman Notes as a correspondent.