A conservative student was elected to Emerson College's Student Government Association after a vandalism incident with campaign flyers.

The student told Campus Reform that student government members did 'everything' they could to prevent him from winning.

A conservative student was elected to Emerson College's Student Government Association after a vandalism incident with campaign flyers.

Turning Point USA President Sammi (Sam) Neves won the position of Marketing Senator near the end of the spring semester.

However, his campaign posters were ripped off bulletin boards during the campaign. 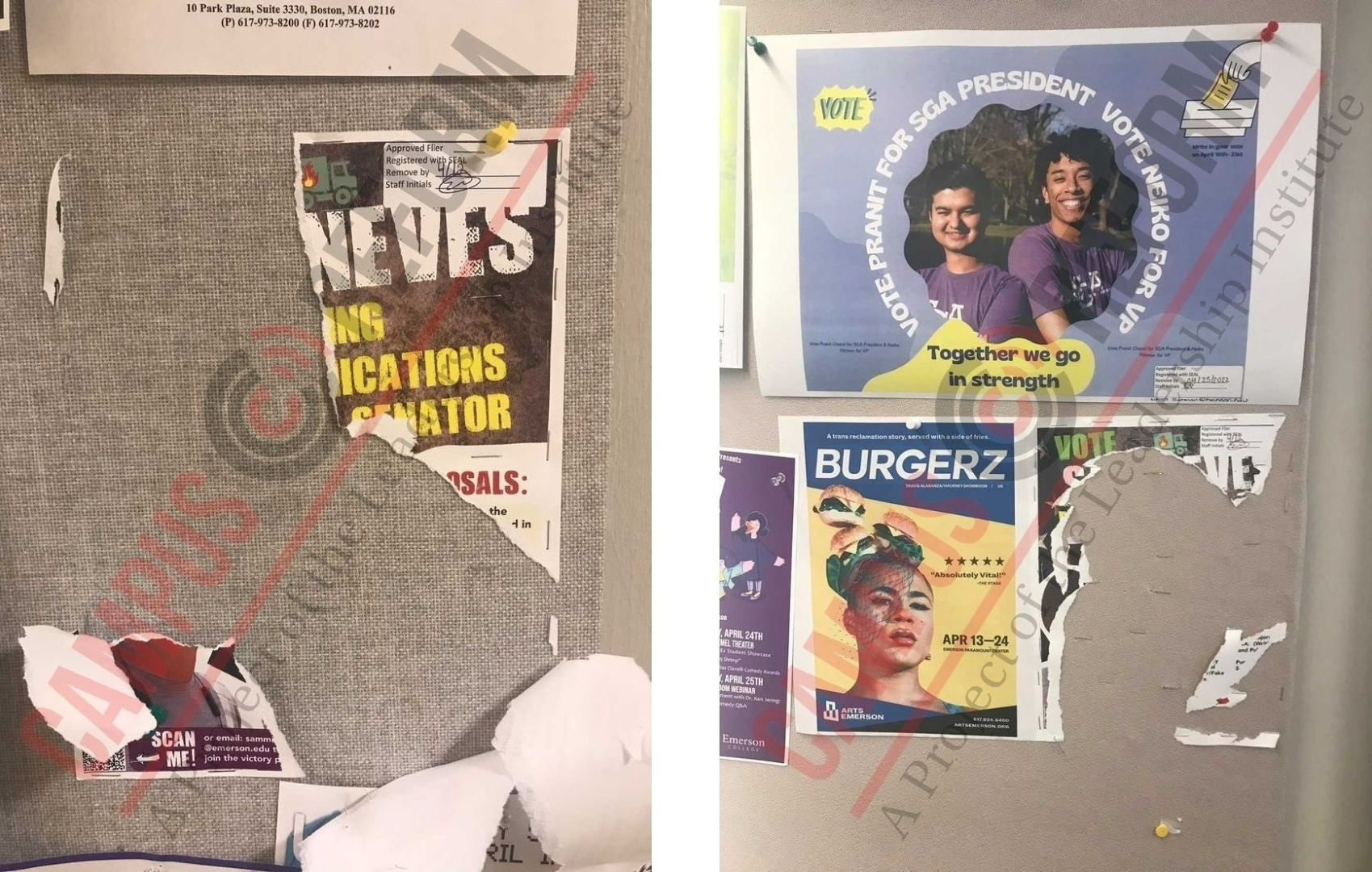 Neves is also a Campus Reform correspondent. This is not the first time Neves has been the center of campus controversy.

In December, Campus Reform reported that his TPUSA chapter was suspended for passing out stickers that read "China Kinda SUS."

He confirmed that the posters did not reference TPUSA.

"Sam Neves went through a very tough and rigorous campaign and went against all the odds to win the nomination for marketing senator," Catrini said.

"Sam will be an important voice for the SG board in steering the organization in a sensible direction," Catrini continued.

Campus Reform has contacted Emerson and its student government for comment. This article will be updated accordingly.

Leana Dippie is a senior at the University of Florida on the pre-law track and she is working towards a bachelor's degree in political science with a minor in English. Leana is involved in various pre-law organizations and holds leadership positions at off-campus organizations such as the James Madison Institute.