The president of the Temple University Police Association says that the department remains significantly understaffed despite surge in violent crime.

On November 30, 2021, Temple University President Jason Wingard wrote an email to students and parents addressing changes the university would implement in response to the fatal shooting of 21-year-old student Sam Collington.

Among the planned improvements was a commitment to “[i]ncrease our Campus Safety force by 50% and work with the Philadelphia Police Department to increase their presence off campus.”

Alec Shaffer, union president of the Temple University Police Association  (‘TUPA’), says that the number of officers available for patrol since Wingard’s November statement has not been enough.

Shaffer told Campus Reform, "We have lost some officers due to resignation and retirement and the University has hired some officers, but not the 40 more patrolman [sic] we need to reduce crime and improve public safety.”

Shaffer continued, “We have to cover 3 campuses, over three shifts, and only have about 60 officers available for patrol functions. Our department personnel have logged over 40,000 hours of overtime since July of 2021.”

According to TUPA’s Twitter, thirty-seven people were shot in the Temple Police Patrol Zone in 2022 as of June 3, five of which were fatal shootings.

The university president and vice president, according to Shaffer, will not discuss public safety matters with police department officials. He believes this will negatively affect campus safety.

“The University cannot implement any of the alleged new safety measures and expect improvement without at least consulting with the personnel who will be carrying out the mission," Shaffer said. "President Wingard self-proclaims himself as an expert in leadership strategy but refuses to lead at all."

"Every TUPD officer has a direct line to our interim director of campus safety, who I also connect with several times per week to discuss campus safety at Temple," the statement reads.

Safety continues to be our top priority at Temple University, and we have developed a number of new campus safety enhancements in conjunction with Campus Safety Services over the last several months. The lifeblood of Campus Safety Services are our hardworking officers, and they do an excellent job under some challenging circumstances. Every TUPD officer has a direct line to our interim director of campus safety, who I also connect with several times per week to discuss campus safety at Temple.

We continue to actively work to grow the number of our campus safety officers and our vacancy rate is down to 24%. We are aggressively working to reduce that even more. Nine qualified candidates will enter the police academy at the end of this month, and today, we are conducting interviews of certified police officers for open positions.

We also continue to support our campus safety efforts through 288 weekly hours of Philadelphia Police Department supplemental patrols, which is triple the number of patrols that we had at the start of the fall 2021 semester. This past weekend, patrols were slightly short-staffed because three Temple officers were completing the annual weapons training.

Shaffer continued to tell Campus Reform that even if the university did hire more officers immediately, it would not make up for its failure to retain officers.

“Even if the university were to actually hire dozens more police officers, depending on officer experience, those new hires would not be available for up to 12 months due to mandatory police academy training.," Shaffer explained.

"So in the meantime, we'll continue to lose officers to higher paying jobs and any new officers they hire will only temporarily back-fill some retirements. Until the university decides to prioritize the retainment of police officers, it's likely our crime problem here at Temple will never resolve”, Shaffer said.

Shaffer also believes that the community will continue to be negatively impacted if staffing shortages are not adequately addressed by the university.

While President Wingard has not met with TUPA to discuss public safety in the Temple community, he has turned to Charles Ramsey, former co-chair of Barack Obama’s 21st Century Task Force on Policing and former Philadelphia Police Commissioner, to complete an audit of public safety on campus.

The audit will be completed in late fall or early winter, according to The Temple News.

“[A] staffing study is not a part of our scope of work,” said Ramsey.

Although Ramsey’s safety audit is currently being conducted without addressing staffing issues, Shaffer believes that without the number of officers needed, the community will continue to be negatively impacted by violence.

“We cannot even begin to implement crime reduction strategies without the proper amount of personnel, and while Temple claims to be working on long-term solutions, the Temple community will have to bear the burden of continuous violent crime victimization.” 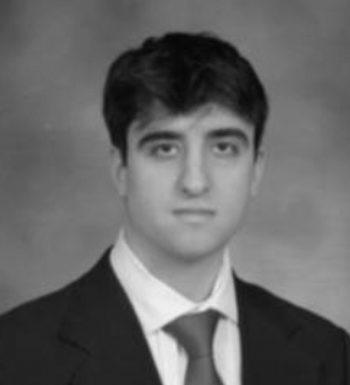 Oscar Buynevich is a senior at Temple University majoring in history with a minor in political science. Additionally, he has started to take graduate courses to obtain his Master of Public Policy. On campus, he serves as the Executive Director for the College Republicans and is a member of Alpha Tau Omega. Oscar's political experience includes working for the Republican Party of Pennsylvania during the 2022 midterm elections as a field ...