Harvard Law instructor: 'It is our civic duty to accost' the '6 justices who overturned Roe'

'The 6 justices who overturned Roe should never know peace again. It is our civic duty to accost them every time they are in public,' Caraballo wrote.

On June 25, the day after the Supreme Court voted to overturn Roe v. Wade, Harvard Law clinical instructor Alejandra Caraballo took to Twitter calling for the public harassment of the six Justices who voted in the majority.

“The 6 justices who overturned Roe should never know peace again. It is our civic duty to accost them every time they are in public,” Caraballo wrote.

The 6 justices who overturned Roe should never know peace again. It is our civic duty to accost them every time they are in public. They are pariahs. Since women don't have their rights, these justices should never have a peaceful moment in public again.

“Since women don't have their rights, these justices should never have a peaceful moment in public again.”

Caraballo, who has been dubbed by the university as one of the "first trans women of color to teach at Harvard Law," included a photo of each of the six conservative justices with the caption “For reference.”

The tweets came in the wake of multiple protests at the homes of Justices Clarence Thomas, Brett Kavanaugh, and Amy Coney Barrett. On June 8, the protests reached a fever pitch when a man was arrested for attempting to assassinate Justice Kavanaugh.

The demonstrations began after a leaked draft opinion showed that a majority of justices were poised to overturn Roe v. Wade and the related case Planned Parenthood v. Casey. On June 24, that decision became official.

Despite these recent threats to the safety of conservative Justices, and in the face of substantial backlash, Caraballo doubled down.

Two days after his original tweets, he added the dictionary definition of ‘accost’ to the thread: “to approach and speak to (someone) in an often challenging or aggressive way.” Caraballo then offered an example of someone being accosted in the way he wanted, retweeting a video of a man yelling at Texas Senator Ted Cruz in a public restaurant.

Imagine thinking that accosting someone is terrorism and a threat of violence. These people aren't very smart. Read a dictionary. pic.twitter.com/w1i8RYy358

Caraballo has been a full-time clinical instructor at Harvard Law School’s Cyberlaw Clinic for nearly a year, where he focuses on “projects that advance social justice through the law in the area of technology," per the instructor's LinkedIn page.

Caraballo is no stranger to igniting controversy on Twitter.

More recently, he referred to people who protested an “all ages pride show” as “Christian fascists”, and repeatedly called for Twitter to ban the popular conservative account ‘Libs of TikTok’, referring to the account as “terrorist."

Campus Reform reached out to Alejandra Caraballo and Harvard Law School for comment. This article will be updated accordingly. 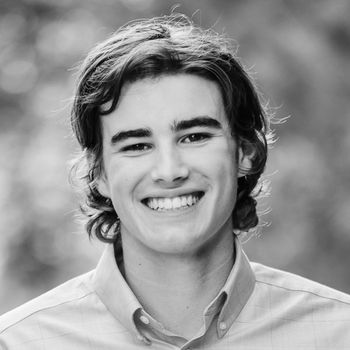 Blake Boudreaux is a Virginia Campus Reform Correspondent reporting on liberal bias and abuse on college campuses. He is a member of the UVA Burke Society and the UVA Reformed University Fellowship.