Sororities stand up for female spaces during rush

Grant Sikes, a male student at the University of Alabama who self-identifies as 'non-binary,' recently went through UA’s sorority rush. In the end, however, no sorority invited him to join.

According to official UA sorority regulations, students are eligible to try to join a sorority as long as they 'consistently live and self-identify as women.'

Grant Sikes, a male student at the University of Alabama (UA) who self-identifies as “non-binary,” recently went through UA’s sorority rush. In the end, however, no sorority invited him to join.

Panhellenic organizations play a large role at UA, with 35% of students involved in Greek life, and 68 Greek organizations. There are 24 sororities that Sikes had the potential of joining.

According to official UA sorority regulations, students are eligible to try to join a sorority as long as they “consistently live and self-identify as women.”

During the rush, Sikes would post “Outfit of the Day” videos on his TikTok account, grabbing a large number of likes and views.

Last week, Sikes was denied a bid and cut from the rest of the process by every sorority.

[RELATED: 'Everything is messed up': Lia Thomas takes first place at meet. Parents, students struggle to speak out over transgender athletes]

This is not the first time a “gender non-conforming” person has attempted to rush a sorority. At Northwestern University in 2017, a man identifying as a woman tried to complete the rush process.

According to the Chicago Tribune, Adam Davies, a transgender male, tried to get a bid to a sorority but was denied. Davies stated “The vibe was — as far as I could tell — we would love to have you, but we can't.”

Campus Reform contacted the University of Alabama and Grant Sikes for comment. This article will be updated accordingly. 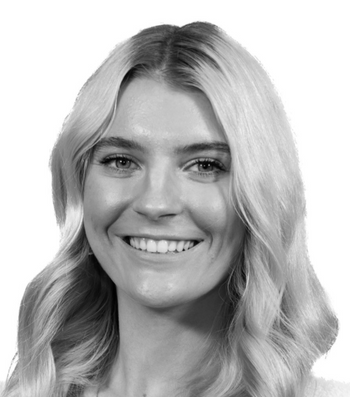 Jennifer Nuelle is currently a sophomore at The University of Mississippi studying political science. She is involved in club sports as well as Greek life on campus! Jennifer is hoping to pursue a career in either public relations or journalism!