Roughly 75 protesters roared outside of a Tomi Lahren speech given at the University of New Mexico Thursday night, one witness said.

Tomi Lahren’s appearance at the University of New Mexico Thursday evening was cut short after a protester allegedly pulled a fire alarm, a video obtained by Campus Reform shows.

The videos show a large number of protesters swarming the public space outside of the Student Union Building. The disruption quickly escalated after disgruntled rioters attempted to bust down the door to the event, which was held shut by law enforcement.

Rioters shouted “shut it down” and “let us in” while attempting to overpower security officers. 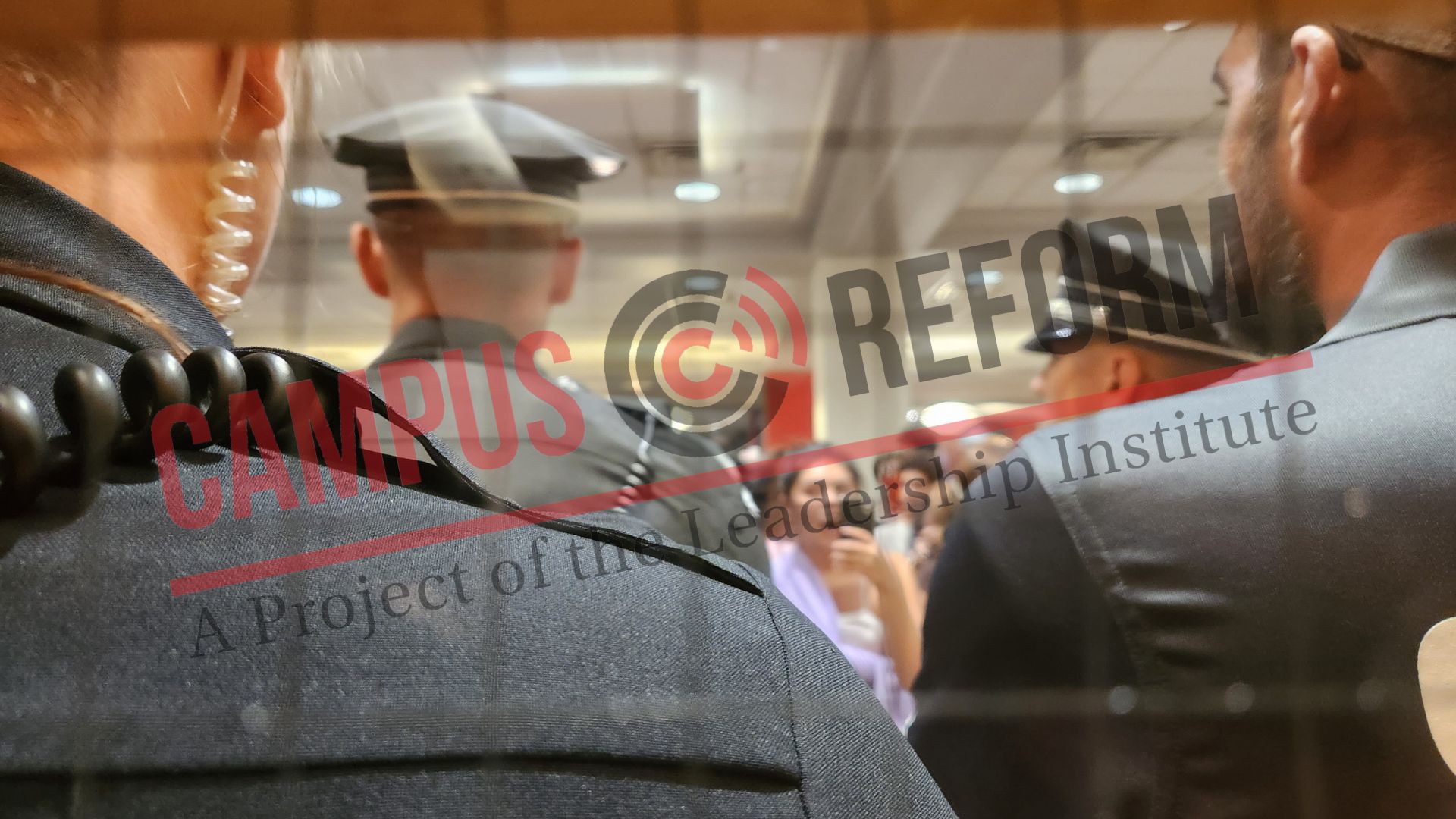 Leadership Institute Regional Field Coordinator for Texas and New Mexico Christina Zavala, who was at the event, estimates that 75 protesters rallied in opposition.

The Leadership Institute is the parent organization of Campus Reform.

Lahren was evacuated from the room approximately ten minutes after the alarm was pulled. Attendees sheltered inside for nearly an hour while State, Albuquerque, and Campus Police barricaded the door against the outside mob. Attendees erupted into chants of “USA’ to counter the noise from the hall.

“I wanted to make sure that everyone knew we took safety as the number one [priority,]” Turning Point USA chapter President Erica Rodriguez told Campus Reform. While she acknowledged the protesters had a right to be outside the venue, she clarified that “this intimidation is… bullying.” 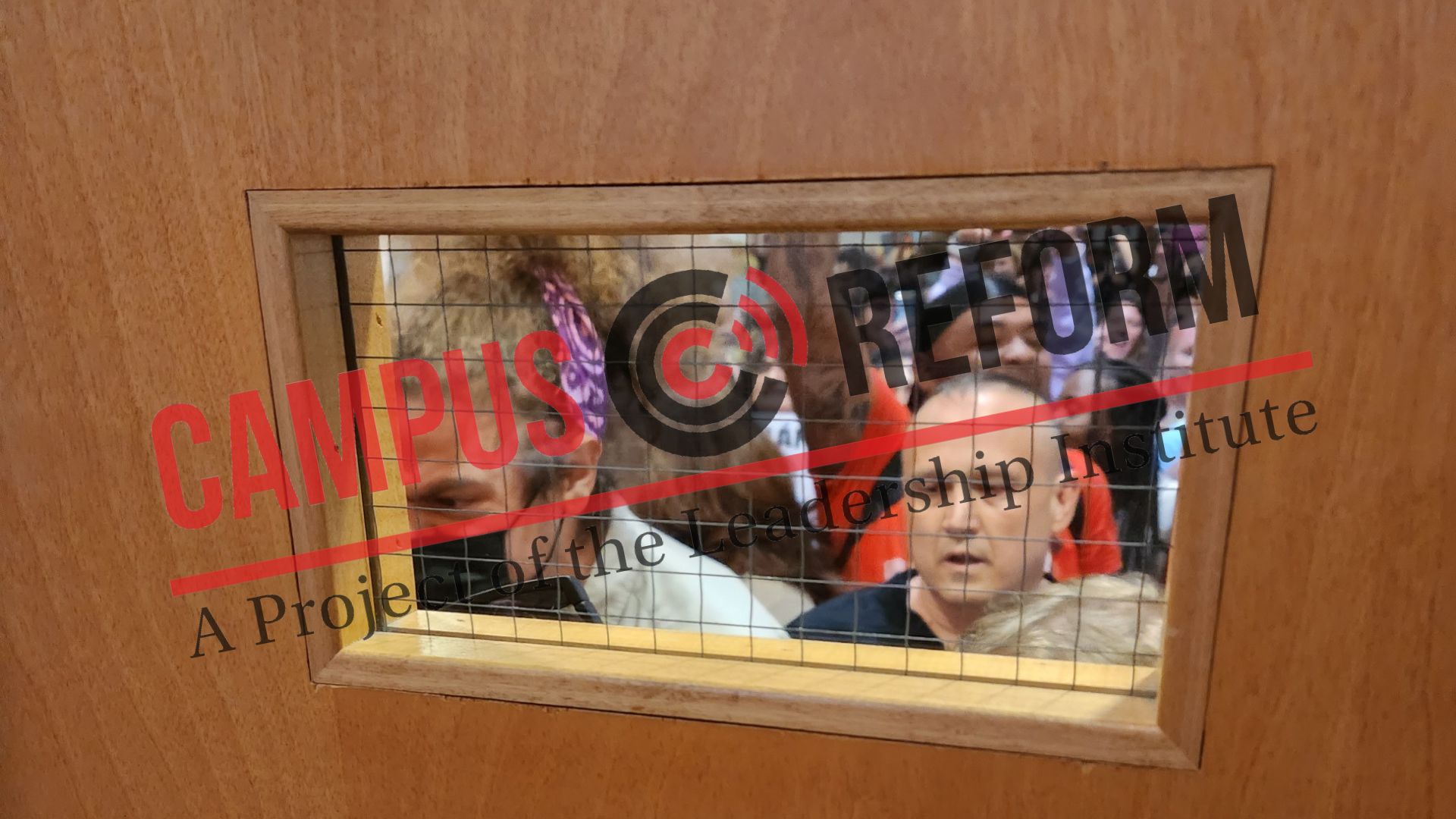 Despite this, event organizer Julie Bettencourt told Campus Reform that “this was not a violent protest despite what Tomi is saying on her socials.”

The event was hosted by the UNM (TPUSA) chapter, and members were separated from the protesters by a red rope and security. Approximately 110 people attended the speech, according to Zavala.

Protesters also held signs that condemned the event as supporting “white supremacy,” and included a handful of liberal slogans including “Pro-Choice,” “Black Lives Matter,” and “Jesus was Black.”

“I think they should have a lot better things to do with their day than sit outside an event they don’t even want going on,” Rodriguez said.

“We just wanted to organize against hateful groups and people on campus,” Bettencourt said. “With everything that has been happening, it is important that we continue to show up and show out in the face of oppressors.”

The chapter was made aware of the scheduled backlash while recruiting for the speech Thursday afternoon. Prior to organizing outside the venue, protesters allegedly chalked campus with calls to action including “F*** White Supremacy” and “Protest Racism.”

A flyer advertising the protest, obtained by Campus Reform, encouraged students to “Rally Against Hate” and linked to an official Facebook page publicizing details of the opposition. 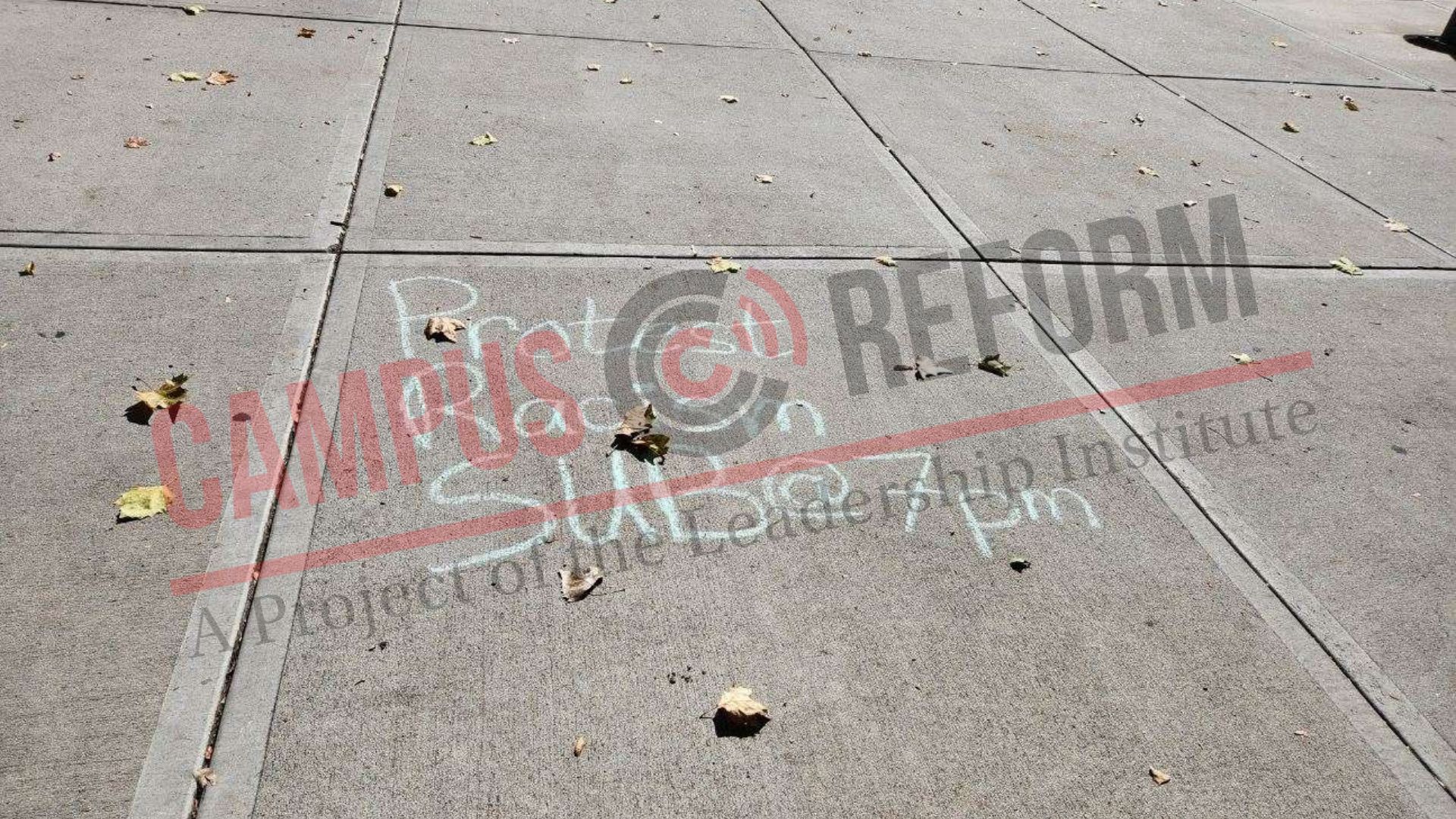 “Tomi Lahren is a Trump supporting, climate denying, racist, xenophobic, islamophobic, Covid denying, Fox commentator who was asked to speak at UNM,” Bettencourt explained in a Facebook post. “Turning Point USA (an extremist right wing organization) has a UNM chapter and is the group hosting Tomi Lahren to speak.”

Fight for Our Lives (FFOL) and Southwest Side Solidarity Network (SSSN), both youth activist organizations, also advertised the event.

“We won’t allow racist rhetoric to be spread on our campus unopposed,” one Facebook post shared to both accounts read.

“We kept it classy and they didn’t, as usual,” Rodriguez said.

The speech was delivered at 7PM and was titled “Talking With Tomi.” The group intends to host Ian Haworth on October 20.

The Foundation for Individual Rights and Expression released a statement, obtained by Campus Reform, that addressed that only 37% of college students say it is “never acceptable to shout down a campus speaker to prevent them from speaking.” One in five report that using violence to stop a speaker’s expression is permissible.

“College campuses must be havens for engaging with a variety of viewpoints- especially controversial ones,” FIRE stated. “The answer to speech you hate is more speech.”

Campus Reform contacted Lahren, the TPUSA chapter, UNM, all police departments, FFOL, and SSSN for comment. This article will be updated accordingly