Socialist students hold 'Why We Are Marxists' event

Students for Socialist Revolution (SSR) at Case Western Reserve University gathered for an event headlined 'Why We Are Marxists.'

More than one-third of millennials in the United States have a favorable view towards communism, according to a 2019 YouGov poll.

Students for Socialist Revolution (SSR) at Case Western Reserve University (CWRU) gathered for an event headlined “Why We Are Marxists”. The event garnered an attendance of 20 students and the group boast a 35-student membership.

Registration for the Sept. 1 meeting was open to the general public via a Google form, which included questions about participants’ interests in Marxism.

The hour-and-a-half long meeting served as “[a]n introduction to the organization and an explanation of [their] most fundamental philosophy.”

“The purpose of this organization shall be the following: To spread the ideas of revolutionary socialism and dialectic materialism, [t]o organize political discussion on the ideas of socialism,” SSR’s mission statement reads. “To provide opportunities for political organization of students who agree with the fight for revolutionary socialism, [t]o defend and protect the rights of students organizing on the basis of socialism, [a]nd to educate interested students in the methods of Marxism and Trotskyism.”

The group’s support for socialism follows an ever-growing trend among young people in the United States who espouse anti-capitalism beliefs.

More than one-third of millennials in the United States have a favorable view towards communism, according to a 2019 YouGov poll.

The Victims of Communism Memorial Foundation also cites that “35% of [m]illennials and 31% of Gen Z support the gradual elimination of the capitalist system in favor of a more socialist system.” 30% of Gen Z also view Marxism favorably.

In March, Campus Reform reported that the International Marxist Tendency, an organization that supports a “socialist transformation of society,” at the University of Wisconsin-Madison posted flyers across campus that read “Only Socialism Can Defeat COVID.”

Campus Reform reached out to the Students for Socialist Revolution (SSR) at Case Western Reserve University, but did not received a response. This article will be updated accordingly. 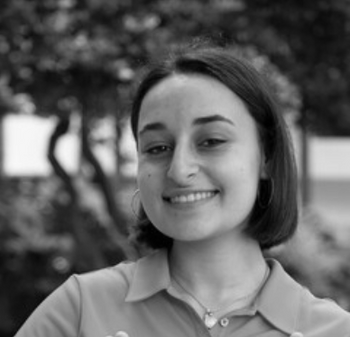 Anne-Marie Issa is a University of Miami Campus Correspondent for Campus Reform. She is earning a triple major in political science, international studies, and history with a minor in Arabic studies. She is the president of Students for Life Miami and secretary of the UM College Republicans. As the daughter of two Lebanese immigrants who spent five years in the Middle East, she is passionate about preserving American values and culture ...