'Messages of support' will also be posted to the center’s Instagram page.

“We will be making signs for solidarity, identity flag buttons and pronoun buttons, while having a discussion about the importance of solidarity for LGBTQ+ folks,” the event description reads.

“Messages of support” will also be posted to the center’s Instagram page.

Anderson, whose center “defend[s] American ideals,” was invited to speak on the Pennsylvania campus by the Young Americans for Freedom (YAF) chapter. He is expected to speak about “confronting transgender ideology,” The New Guard reports.

The event was originally scheduled for Sept. 25, however, a conflict prompted the group to reschedule. The GSRC reportedly moved their event, as well.

A student at the Pennsylvania college, who asked to remain anonymous, told Campus Reform that it is “no coincidence” that the two events are being held on the same day.

“It’s no secret that universities like to express freedom of speech until it confronts their agenda. When facts come in their way, they try to use feelings to get out of it,” he said.

The student alleged that left-wing students oppose the event because gender ideology is “easily debunkable.”

[RELATED: Sci-fi is all about transcending 'the gender binary,' according to a University of Florida library display]

“I mean, calling a boy a boy and a girl a girl is all it takes to unravel the whole ideology,” the student shared. “I think the simplicity of it is what drives them crazy. They can be debunked in three seconds.”

Another student, who also asked to remain anonymous, alleged that the GSRC scheduled the event “deliberately.”

“Colleges have suppressed values they disagree with for a long time. They’ve dissolved into complete wokeness to the point where they must confront what they are proven to be objectively wrong with outrage and violence,” the student said. “It’s sickening but it’s the reality that we have come to face.”

Campus Reform contacted Gettysburg College, the YAF chapter, Anderson, and the GSRC for comment. This article will be updated accordingly. 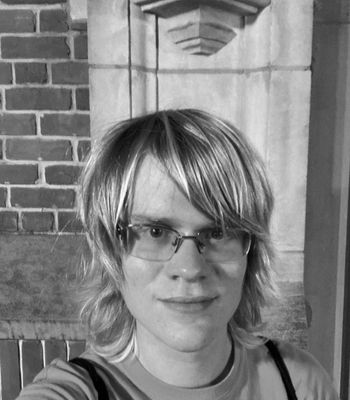