One student alleged the vote could be biased.

“Based on the information you provided via your presentation and the brief question and answer portion shortly after, the general assembly voted anonymously with a majority of votes being ‘No,’” Carynn Smith, Director of Student Involvement, told LU student Cullen Dittmar in an email obtained by Campus Reform.

Smith stated in the email she was unable to “shar[e] specific details pertaining to why [the chapter was] denied.”

“While I understand last night was not the outcome you’d hoped for, we commend you on following the process and being prepared for your presentation and questions posed afterwards,” Smith wrote.

LU is a private university in Saint Charles, Missouri.

Dittmar, who is a Campus Reform Correspondent, is attempting to start the chapter on his campus. Campus Reform obtained a copy of his presentation.

One slide explained the group believes “the United States of America is the greatest country in the history of the world,” “the US Constitution is the most exceptional political document ever written,” and that “capitalism is the most moral and proven economic system ever discovered.”

The presentation clarifies TPUSA “is NOT a Republican-only organization” and admits to being "open to conservatives, libertarians, and liberals.”

“We believe in ideals that transcend political parties,” the slide reads.

An LU student, who requested to remain anonymous, alleged that bias could have impacted the decision.

“The [D]emocratic club’s president is a member of the board and gave a typed-up speech with nonfactual information,” the student said. “The main reason that sold the crowd was that it would cause arguments outside of the room.”

The student shared that LU's SGA approved funding for a club to host a Roe v. Wade “‘educational’ meeting,” despite that it could incite “controversy without a doubt.”

“Those beliefs are being stomped out and silenced by the very people who claim to be supportive of diversity, equity, and inclusion,” Dittmar said.

Another LU student, who attended the assembly and requested to remain anonymous, told Campus Reform that the SGA deliberation on TPUSA’s recognition was “weird” and that TPUSA was discussed in a negative manner.

Campus Reform reached out to Smith for comment. This article will be updated accordingly. 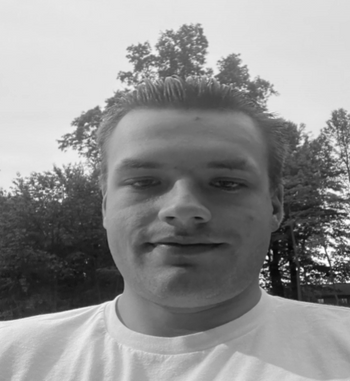