Students and faculty at the University of Alabama are attempting to remove the word 'Dixie' from the Crimson Tide’s fight song 'Yea Alabama!' due to its allegedly racist past.

Students and faculty at the University of Alabama (UA) are attempting to remove the word “Dixie” from the Crimson Tide’s fight song "Yea Alabama!" due to its allegedly racist past.

Originating from concerns expressed by the Black Faculty and Staff Association in 2021, the initiative now has an entire coalition of students and faculty behind it.

The site features a video exploring the history of the term “Dixie” and encouraging others to join the cause.

The video explains that the dominant theory of the term’s origin is that it arose from the “Mason-Dixon line,” which was “known as the separation between the slave states and free states.” The term also, according to the video, has historical connections to racist minstrel groups, the Ku Klux Klan, and the Confederacy more broadly.

The Delete Dixie initiative also started a petition a month ago to “show the University that this issue is important and that the students, staff, faculty, and fans demand for change to happen.”

[RELATED: University may change fight song after complaints that ‘Utah Man’ is sexist and ‘fairest’ is racist]

The petition asks, “Does the University of Alabama want to be remembered for its refusal to adopt change and promote the well-being of every group on campus?” and further claims that “it cannot be denied that the word is deeply associated with the ‘Old South,’ slavery, and racist imagery.”

Since the launch of the project, however, many have come out against the change.

A counter-petition was started three weeks ago attempting to defend Alabama’s fight song, amassing over 600 hundred signatures at the time of this article’s publication.

Henry Roberts, a UA student who started the petition, declares in the description that “Dixie is nothing more than a synonym for the South with the connotation of home for millions of people.”

[RELATED: Georgia Tech may change its fight song to be more gender-inclusive]

“Dixie is not racist. The fight song has been a huge part of the university for decades. To erase the past will allow for it to happen again. We need to be proud of who we are now because we cannot change the past. Only the future,” one commenter on the petition argues.

Another writes, “We need to keep tradition as it’s part of our identity and history. No more bending the knee to the ‘woke.’”

Campus Reform contacted the University of Alabama, the Black Faculty and Staff Association, the Delete Dixie Initiative, and Henry Roberts for comment. This article will be updated accordingly. 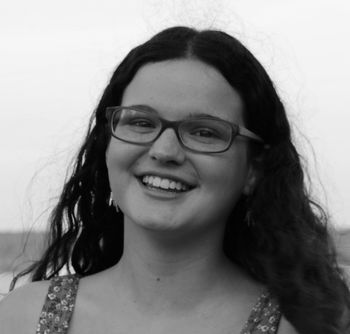 Susanna Edgecomb is a correspondent at the University of Alabama, where she is majoring in Social Work and Political Science. She is very involved on campus and serves as the president of UA’s Young Women for America and Bama Students for Life chapters and the Vice- Chair of the Young Americans for Freedom Chapter.