The Eisenhower Institute at Gettysburg College in Pennsylvania invited a representative of the People’s Republic of China to speak with students and faculty.

The Eisenhower Institute at Gettysburg College in Pennsylvania invited a representative of the People’s Republic of China, General Jin Qian, to speak with students and faculty in a private meeting held on Oct. 6.

The purpose of this event was to open a respectful dialogue with the Chinese Deputy Consul General and others about Chinese and United States diplomatic relations and foreign perspectives.

[RELATED: ‘I felt like I was being escorted to a slaughterhouse’: Uyghur survivor recounts CCP brutality to students]

In the meeting with Qian, students were encouraged to ask questions about politics, economics, foreign relations, and other diplomatic topics.

According to the student newspaper The Gettysburgian, when a student inquired about Qian’s perspectives on Xinjiang, Qian responded that though the word “genocide” has been thrown around, American media has distorted the truth of the CCP, denying accusations of minority persecution in China.

[RELATED: Biden chalks up China’s Uyghur genocide to different cultural ‘norms.’ Can he be trusted to keep CCP off college campuses?]

Prior to this, Qian stated that he believed the United States should not concern itself so much with Chinese issues, declaring that “China deserves the right to develop.”

Qian stated that he was “very touched” after seeing the battlefields of Gettysburg and the museum that covers the history of the American Civil War.

He went on to compare the division between North and South during the Civil War to the “peaceful reunification of China” the CCP allegedly seeks with Taiwan.

The Gettysburgian did not report if students challenged these statements. Over the past several years, reports of China's persecution of the Uyghur ethnic people of Xinjiang and other human rights abuses have been hot topics across major news sources in America, including Campus Reform. 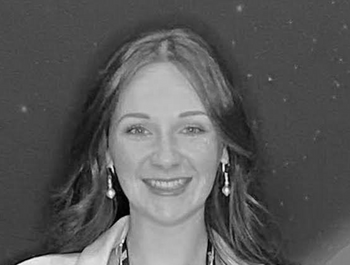 Jasmine James is a University of North Texas Campus Correspondent for Campus Reform. She is in her third year of earning an integrative studies degree in sociology, business, and communication. On campus, she serves as the Secretary for the university's Turning Point USA chapter. She believes in the freedom fought for by the men and women who have served our country. She has also experienced the many dangerous ideologies influencing not...